I met with members of Limber Limbs at The Blue Note show in May. Chelsey Cope and backing band had opened for them, so while they were on stage doing an early sound check, Ben Bowlware, Robert Riggs, Derek Moore and I headed outside to chat about their past, their music, OKC, Stillwater, and their future.

I was surprised to learn the trio had originally met in Edmond. Since they had been based out of Stillwater, I figured it had been college that had initially drawn them together. Turns out not so much, and it’s kind of funny when you consider that they’ve all relocated again, this time to OKC.Â  So Stillwater will be losing two bands this summer: Limber Limbs and DEERPEOPLE.

During the interview I learned that Ben and Robert moved to OKC first. And DerekÂ  is moving too, only he officially joins them at the start of July. We did talk a little bit on how they settled on the name Limber Limbs. As previously mention in the EP review, they had been called People, People. Only the way Google processes commas in search queries didn’t exactly make their previous band name easily searchable. Curious as to if the new name had been based on shrewd SEO research, I asked them if there was anything special about the name Limber Limbs. Ben and Robert laughed as they let Derek explain. He said they don’t really enjoy coming up with names, so Limber Limbs came about because it used alliteration, and therefore had a nice sound.

All fine and good. The more we chatted, the more I discovered who takes what role in helping to write music. Ben Bowlware is the lyricist, so all that Hamlet-like angst I was picking up in the EP was his doing. He said most of the time he does bounce ideas off Robert and Derek, but that Derek is better with evolving instrumentation. Derek confirmed this by talking about how he’ll take fragments of songs and tweak them. Robert said he was about equally divided in both areas, making suggestions only when he feels needs to. This was pretty funny to me, because once we got to talking about favorite new music, a similar pattern repeated itself.

My favorite part of a band interview is the part that goes, “So tell me what you’re listening to these days….”

Ben said he wasn’t looking for “new” music as much as listening to local music. His list that evening consisted of: Tallows, The Samurai Conquistadors, Wurly Birds, Horse Theif, Other Lives, and others. Whereas Derek basically should be curating a radio show, to say he listens to a lot of new music would be like taking a walk in the land of understatement. He has lists and lists of artists, that’s pen on paper post-it notes, he’s made while listening to internet radio stations and other streaming music services all day, just about everyday. A lot of this is done while he works his job.Â  Some of Derek’s recent favorites are Mikal Cronin, Wood Kid, Night Beds, Staves, Celestial Shores, and more. A funny note is that Derek often tries to introduce new music, but Ben says he’s usually resistant and that it takes him awhile to come around. Robert on the other hand said he was somewhere in between the two, and willing to listen to Derek’s suggestions. This led me to conclude that Robert is like the band’s glue. And when I stated as much, he laughed and agreed with that assessment.

Limber Limbs as a group has a comfortable dynamic. They also write a lot of songs together too. It is their hope that once they’re all situated in OKC, that’s they’ll be able to coordinate their schedules so they get more writing and practice time. This also means finding studio space. We talked a little bit about Horse Thief’s ideal set up, which is lots of space to practice in area where it won’t be a problem. But it’s not just practice, it’s also about writing new material. Ben said that having everyone together under one roof means ideas and collaboration can happen organically. Or to use their words they like to make “sonic collages” that are “spontaneous” and “cohesive.”

Since they said they had a lot of songs, “a mountain of material,” I asked if they intended to put it on Soundcloud or Bandcamp. Derek said they really didn’t want to do that since there is a chance they might go back to an old composition and use it. Actually many of the songs on their eponymous EP were older songs that had a cohesive element, which is why they were track listed together. Their worry was if they did anything else with an older composition after it was made public that it would a) be overplayed by the time they finished updating it, and b) the old version is something listeners might expect the new version to sound like, when the reality is that it could be completely different. But even so they do make a lot of demos. Ben said demos are integral to their composition process as it gives them time to come back to a rough sketch of a song, listen to it while walking the dog, for example, and hear where they need to change or tweak a part of the song.

By the end of the interview it was clear that all three looked forward to working as a band and being in the OKC area. I think it is fair to say that independent music is really growing in OKC, and not just because ACM@UCO is in Bricktown either. Many of these musicians, Limber Limbs included, have met at one point or another. Actually, all three, Ben, Robert, and Derek, know Chelsey Cope from different times in their life. I don’t remember who exactly said they were surprised to find out she was writing and performing music, but it seemed everyone there that evening had been impressed with her and the band. It seems to me good things are going to come from having more and more musicians in the area. 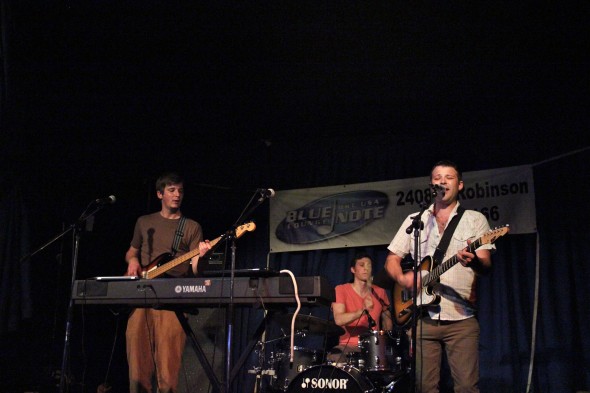 At any rate, Limber Limbs were definitely all about doing their thing when they took the stage. Up until this point, I’d not really had chance to listen to them live. Even so, I found Ben Bowlwear has the kind of stage presence that alternates between frantic bursts of energy to moments where he’s barely contained. There is a nice sense of tension to his performance. Derek at one point brought out a mouth organ on a few songs, and both he and Robert contributed backing vocals. As a group their live performance was just what they said they were going for, sonic collages that have a sense of spontaneity and cohesiveness.Â  Limber Limbs also debuted two new songs that night, “Rivals with the Sun” and “Honestly,” and while the crowd was varied, there were people up by the stage taking in their performance. All said, it was a good time.

The OKC Metro can expect more of their shows this summer. It bears mentioning they were scheduled to play a tornado benefit show at the end of May, but as fate would have it, it was the same day OKC flooded, while the vast majority of the metro was pummeled by the storm system that spawned the epic-sized tornado that hit El Reno. Naturally plans all over the OKC metro were getting canceled. Still, shows must go on. So they’ll be playing with The Samurai Conquistadors and Magnificent Bird on Friday June 21st at Opolis in Norman. It’s $5 to get in and it starts at 9 p.m. 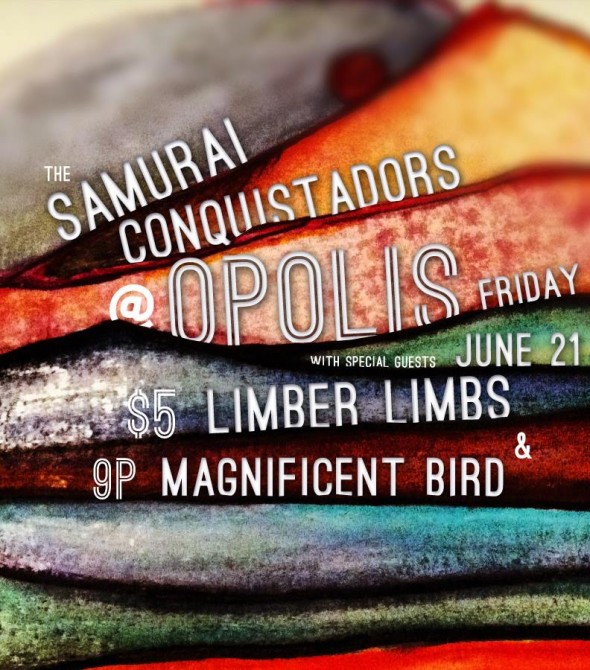 You can listen to their self-titled EP and read a review of it here. Or check for the player below. If you should be inclined to purchase their music, you can do that through Bandcamp or you can go to a show and get a download card. 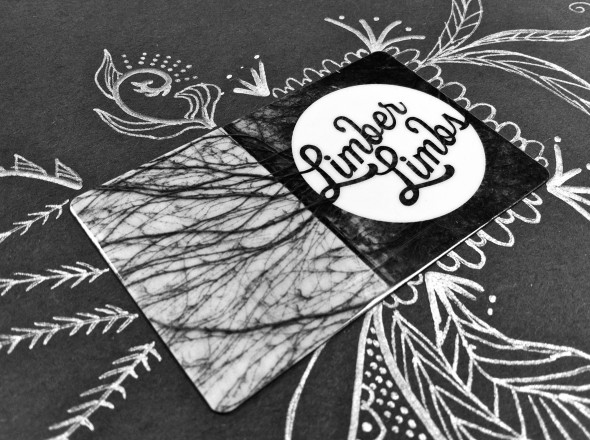 You’ll have to doodle your own art around the edges. Also random thought: are download cards the next wave of music collectables in the future? Hmmm.