The story begins when a planet called Krypton is disintegrating. The legislature is unable to pass any laws, enraging and bringing to rebellion the military man General Zod (Michael Shannon). In Zod’s rage, and Shannon gives it all his rage, Zod blows the useless lawmakers away and kills the planetâ€™s intellectual and moral compass, Superman’s dad, Jor-El, who is played by the ever poised Russell Crowe. Jor-El and wife have already had the first un-genetically modified son on the planet in years. They send him off to earth, where he can bring hope to another civilization. Zod, who wants a genetically superior race, cannot let it stand that a natural Krypton baby exists. 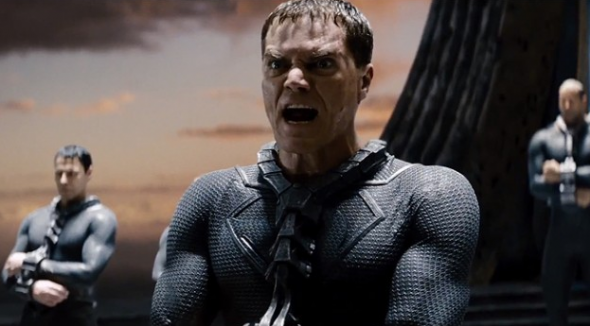 We see the dying civilization at considerable length in this spin on the Superman tale. It is portrayed with a dramatic Sci-Fi craziness, flying insect-y ships, towering homes and slow explosions. The flourish with which the alien world is handled is the stamp of love-him-or-hate him director Zack Snyder (“300,” “The Watchmen”). If you look closely there is a slight tension between the cool, bleak place Christopher Nolan has taken superhero movies and the heightened emotionalism Zack Snyder is coming from. “Man of Steel” is not a perfect film, but it may have introduced basic elements that serve the genre well.

The son (Kal-El/Clark Kent/Superman) lands on earth and we first see him drifting as a half-competent hand on a fishing boat. He gets in a fight at a bar. The film surges forward before we can really absorb the character’s lonesomeness (as he is the product of Jewish American writers sensitive to the immigrant experience). Clark eventually ends up searching for an alien ship up North, getting vibes an invasion could be near. It is in this context he meets what may be the love of his life, Pulitzer Prize-winning reporter for The Daily Planet, Lois Lane (Amy Adams). He still has the childhood in Kansas, which was given more straightforward space in the Richard Donner “Superman” movie. But in Snyder’s film that experience plays out as flashbacks. Soon Zod will arrive on earth and cause the characters, The United States military and all of journalism, to prepare for absolute chaos and destruction.

For a movie so geared toward destruction the acting here is all good. Newcomer Henry Cavill brings to the role strong gravity. The two key characters for me were Clark’s Kansas parents Jonathan Kent (Kevin Costner) and Martha Kent (Diane Lane). Together they handily play the wholesome guides who give Superman his practical sense of humanity and character, the stuff missing in Zod. (And where has Costner been? With this film, â€œThe Company Menâ€ and in his Whitney Huston eulogy I was reminded that I missed Kevin Costner as a kind of solid go-to guy — mostly boring, but a decent presence). Michael Shannon as the blitzkrieg-villain Zod 100 percent brings the wrathful villain.

Michael Shannon’s one dimension rage is refreshing. One, because he is so good at it, and two, because the night before I went to see â€œMan of Steelâ€ I endured the awful storytelling of Christopher Nolanâ€™s â€œThe Dark Knight Rises.â€ There, not unlike Aaron Sorkin’s “The Newsroom,” characters keep materializing out of nowhere to deliver supposedly poignant directions about how we are supposed to watch the film. We get what we paid for with “Man of Steel.” Michael Shannonâ€™s Zod wants one thing, and that is to destroy everything. The last hour of the film is pure mayhem, which I believe is what hardcore fans come for–not intelligent screenwriters. The director Zack Snyder is more pure in these intentions. And the break from Philosophy of Darkness lessons from â€œThe Watchmenâ€ and the Batman movies is a welcome one.

The final battle has Superman and Zod just crashing into each other with great thunder, destroying most of the buildings in New York in the process. So dedicated are we to the action sequenceâ€™s intensity that we forget, or donâ€™t care that much, that human beings like Laurence Fishburne and the staff of The Daily Planet are stuck in rubble heaps reminiscent of 9/11â€™s destruction. I generally start to get nervous when I get desensitized throughout the course of the film, but this film lightly escapes blame because it does the emotional job it needs to with its primary characters.

Teenagers new to the Superman saga will find this movie â€œepic.â€ Under the current, I imagine that with the impulse to dramatize the selfâ€™s personal misfortunes this film version will resonate with an audience that may find that it has some of the same problems as the young Superman. With an augmented digital world consciousness, kids today will know about Superman’s trouble focusing on one thing, and many will have been subjected to bullying. Many reviewers have complained that â€œMan of Steelâ€ is heavy-handed, and lacks the bounce and clever absurdity of Richard Donnerâ€™s “Superman,” where Superman displays insane feats of levity like tilting the world back on its axis and racing around the planet for exercise.

Zack Snyder and screenwriter David S. Goyer’s Superman seems geared more toward a teenagerâ€™s troubles than to the spirit of unadulterated fun that lights the colors of the original comic book, or to Christopher Reeveâ€™s affability. We have entered an era of heightened worry and neuroses. Thereâ€™s a scene in the schoolhouse where Clark Kent is experiencing sensory overload while the teacher instructs the class. He runs to lock himself in a closet where he still hears his classmates talking about his freakish nature. His mom comes to the rescue in this scene of definite seriousness. Rather than larger-than-life archetypes, more of a self-help vibe is responsible for this Superman. The mother tells the son to calm down, and focus on thinking about one thing at time. When he does this the nervous spell will subside. And it does. Later on, Jonathan Kent coaches Clark about his bullies. He would like to see Clark retaliate against them, but he tells his son to keep in mind these are the years where he will have to decide what kind of character he would have. Notable scenes considering Jonathan and Martha Kent could have medicated the future savior of the world with antidepressants or Ritalin.

This considerate concern of the filmmakers doesnâ€™t leave them immune to the temptations of ADD filmmaking. Instead of getting a firm anchor in Supermanâ€™s lonely drifter stage, his meeting of Lois Lane or the Kansas upbringing, the filmmakers keep editing between these three strands in a quick sprint toward the explosive finish line (the film doesn’t feel as long as it is). My friend says there is all this jumping around because the filmmakers assume we are already familiar enough with the Superman origin story. A firmer foundation in that story still could have made for a better overall movie. I think there are other moments where it’ll be easy to lose track of what exactly is going on. In one scene, for example, Lois Lane and Kent are exploring the same alien vessel. I knew she was reporting on the oddity, but couldnâ€™t figure out exactly what brought him there. Also, during some of the lead-up scenes in Kansas I felt like some of the shots didnâ€™t last long enough for the camera to gain its focus.

These are minor concerns with a movie that is mostly well-done. At moments the action is too heavy on CGI and explosions, but at this point in the evolution of the blockbuster that’s an easy critique. There aren’t many Spielberg’s left who know how to keep Jaws hiding for half the movie. Snyder’s explosions are their own art and the action is elevated to a kind of beauty (the fall of Krypton, the Twister scene, or the Terrence Malick-style clotheslines in Kansas). 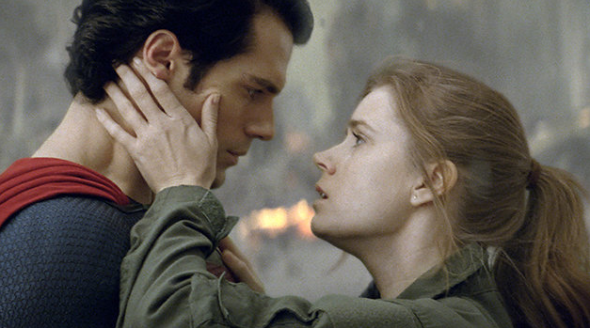 The tension between the “Man of Steel’s” superhuman and human self is also the tension between the film’s special effects prowess and its heart. Judging from General Zod and his soldiers’ advanced costume and weaponry, Planet Krypton was technologically advanced, but its people were out of touch with reality and could not communicate or function on a civil level. On Earth, Superman learns to value the shared connection earthlings bring, even in their frailties. This film brings some basics back to a genre that is starting to resemble a technical manual. “Man of Steel” emerges as a more effective message.

Itâ€™s getting heavy, even for Superman. Luckily â€œMan of Steelâ€ is focused enough to tell the worried loner, â€˜one step at a time will do.’ Focus your energy on the battle in front of you, and soon you will be flying all over the place. With growing pains out of the way, maybe the filmmakers will have room to lighten up next time.

One comment to “Film: “Man of Steel,” Heavy Indeed”