I’m going to keep this short. It was cool, it was fun, the food and beer were tasty. The crowd got up off their asses at one point and started dancing. Then that lead to even more dancing with the next band.

More on that in a second and with pictures too.

Anyway, people who love this sort of thing need to know about it. I did my part talking about this show in the first and second previews. And now of course I’m writing a review. Not to bullshit you, but to get across that these were successful events that will continue to grow. But these sorts of events can’t take off without the community they hope to attract coming out to see these shows and these bands regularly. It’s like Jordan said about Purling Hiss, you want cool things, ya gotta get out and see your local peeps too. You don’t have to go to everything, just show up sometimes to things you think are cool and want to check out for yourself.

With that in mind, know that the next Midtown Music series, a quarterly event, is tentatively planned for Spring. And if you like Bored Wax (OKC), you can check them out with DEERPEOPLE (OKC by way of Stillwater) and Pageantry (Dallas) this week at Blue Note. They’ll be playing on Friday Nov. 28th. I’ve seen all these bands live, more than once, they put on fun shows.

Alright, I saw almost everyone that night from You’re Welcome (who played the newest Antlers’ album at one point while recording their radio program, I’d listened to Familiars on my drive to the venue, love it when favorites match up), Galactique, Bored Wax (who released a new song on their Soundcloud that day and opened with it that night), and Tallows. I did not catch Stardeath and White Dwarfs, all though I have seen them before – would have liked to been around for that, I know I missed out on some fun (but early morning for me for not fun reasons, i.e. husband had to attend funeral), still Jim Burns posted a photo of them on the event page for those of us who had to miss it.

General crowd notes: people were nice if you wanted to converse with strangers. If not, up in the balcony found reprieve from the swarm of folks that eventually arrived and started circulating between food/beer, outside, inside, and everywhere in between. I did find myself talking to more than one person who explained to me that they’d moved back to Oklahoma for family reasons and who were currently loving the change of pace and diversity of people they found from the neighborhoods around Midtown to restaurants to other things to do and see.

Onto the pictures, which are phone snaps since lugging the other camera, which is bulky and awkward, was not happening that night. And for the record, Jim Burns and crew have said they aim to change up the location each time they hold the event. 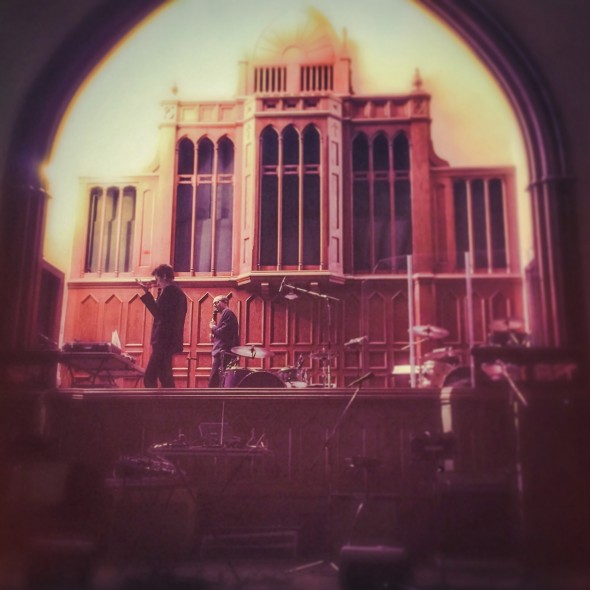 Beau and Kellen from You’re Welcome (on Spy FM radio) opened the show with a recording of their vinyl-only radio show. They also tested out the acoustics of the room – specifically the bass – by throwing on a James Blake cover of Fiest’sÂ  “Limit to Your Love.” Ambient bass – it’s lovely on the ears.Â 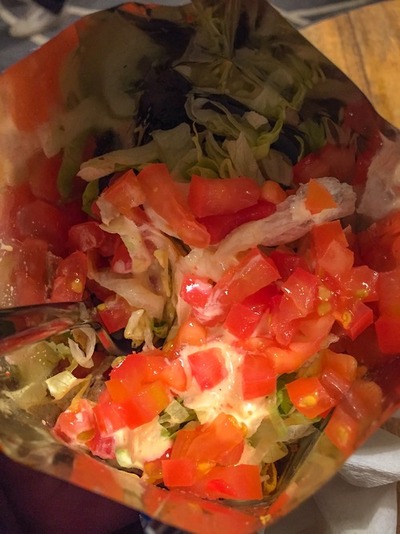 This is a walking taco in a bag. It’s ingenious and tasty as all get out. Cool Ranch Doritos, seasoned ground beef, “salad,” queso and crema make this so tasty, you’ll forget you’re shoveling this wonder from a Doritos bag into your mouth. More than one person opted for this, the look of joy on their faces tells me it was a hit.Â  Thanks for the treats and beer, J Mays. 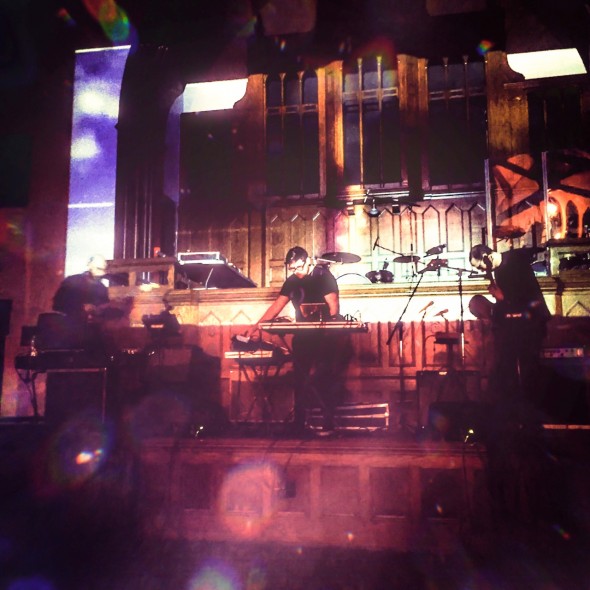 Galactique brought some atmosphere with their sound and light show. 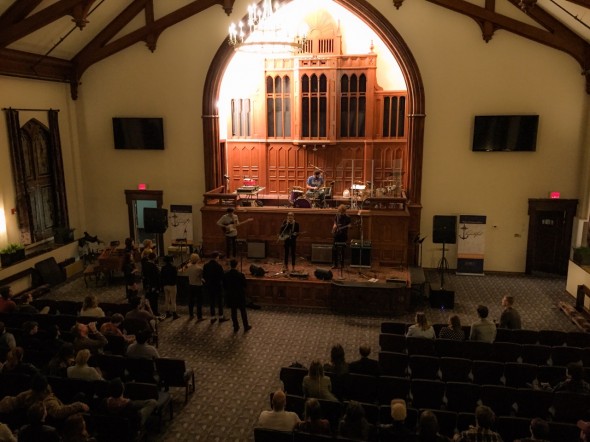 Bored Wax starts to attract people to the stage. Dancing ensues as they work their way through their set. 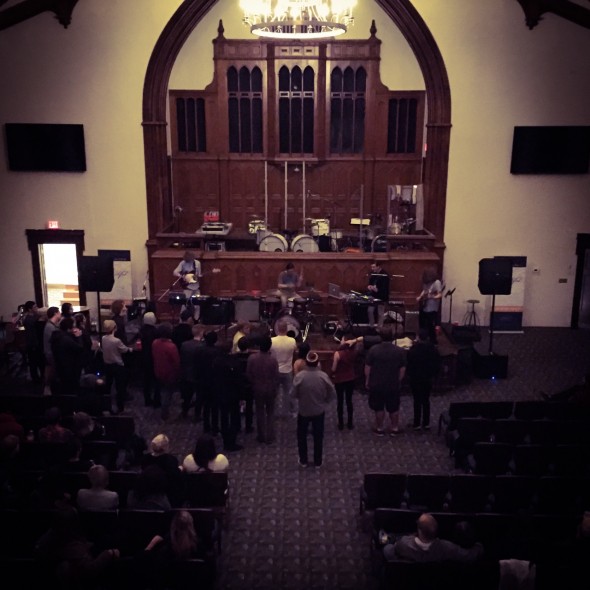 Tallows draws the audience in too, and by the end of their set nearly all the seats are empty. Also they were very spirited up there.