The Conservatory has been home to some great shows over the years. Not surprising, it’s a cool spot. Hole in the wall dive greeting every passer by with a giant pentagram tribute to late Slayer guitarist Jeff Hanneman. This past Monday, Philadelphia natives, Purling Hiss, swung through town from Austin, Texas, where they played at this year’s Fun Fun Fun Fest.

It was cold. Almost unbelievably cold. We’ve all heard that Will Rogers quote about Oklahoma weather, so I won’t waste your time, BUT… less than two hours before show time I was smoking a cigarette on my porch wearing shorts, then the temperature dropped about thirty degrees. With this in mind and it being a Monday, I’ll be okay with the poor attendance. I’m new to Oklahoma City, so, the jury’s still out. (Side note: if we want cool things to happen/keep happening, we gotta help out.) 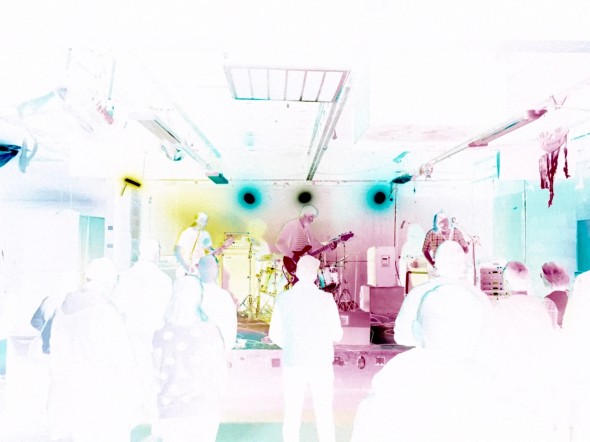 Two local bands opened that night. Two I’ve never heard of, and two I hope to see again soon, Astral Planes and Found Footage. Great bands, but I’m not ready to talk about local bands just yet. Set changes were quick (usually the case with soundman Jacob Straney) and met with a cigarette and a drink, as per ushe. After the second set change and my last toke, I promptly made my way inside to find Purling Hiss in their places ready to wail.

My memory is a little fuzzy, because of the show being a few days ago and the â€œset changesâ€, but, I want to say the only song they played that isn’t on the new album, Weirdon, was the opener, Mercury Retrograde, from last year’s Water on Mars. It was kind of perfect, as if they were saying to the audience, â€œHey, remember this song? Because, it’s all new shit from here on out!â€

From the first chord Mike Polizze strummed and let ring out, it was on. Like a majestic Bald Eagle swooping in on its prey. Screeching from the top of its bird lungs like a banshee. When playing high voltage rock and roll, it’s hard too beat analog distortion coming through a stack, (or in this case, a half stack) which is why we’re hearing more and more of it these days. Seriously, I can’t stress his sound enough. Think Ty Segall, but way less San Francisco. Big, loud, and in your face. You can’t escape it if you tried.

After that they went full force into â€œForcefield of Solitudeâ€, a favorite of mine, and blasted through the rest of the Weirdon songs in no particular order. Seeing another favorite song, â€œSix Ways to Sundayâ€ was almost like traveling back in time to see Crazyhorse, with all the fuzz that was being pushed through.

There were moments for all at this show, head-bobbing pop, fist pumping anthems, and pogo dancing punk. There were even guitar god moments when Polizze would drop to his knees to finish a solo. As cheezy as it sounds, it wasn’t. Or maybe it was, I was probably blind to it by my fanboydom. 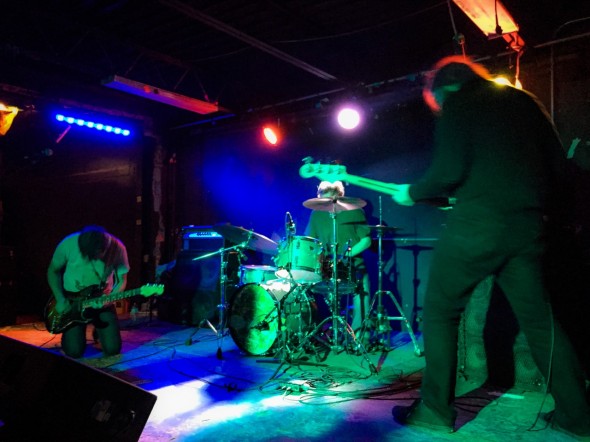 Jordan did not remember it wrong. I liked the openers, but this trio managed to draw me to the stage to take pictures. – Helen Grant, photog and editor.

The capper of the show was an extended version of â€œLearning Slowly.â€ It seemed like they jammed on that song for an extra five minutes, which could have been horrible to witness had it not sounded so goddamn awesome. 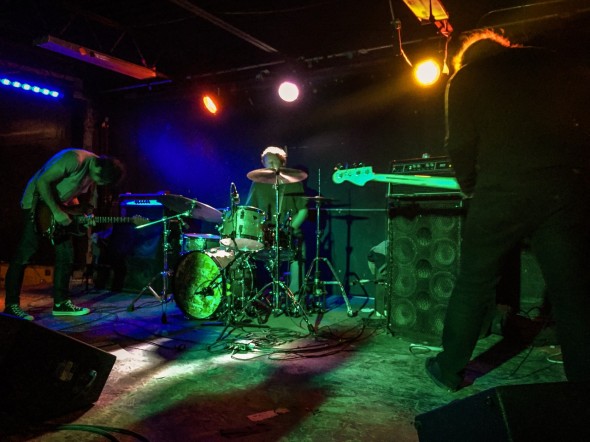 Yes, it was. In total agreement there. Helen Grant, photog and editor.

After all was said and done, equipment packed, house lights on, and one final â€œset changeâ€, I had a few words with Polizze. I asked him how the tour was going (it was going well…), shot the shit, and asked him what he thought about comparisons of Purling Hiss to Crazyhorse and Dinosaur Jr. He seemed genuinely happy and humble about it. Mike Polizze seems like an all around good dude, which is always welcome. There are few things worse than meeting a musician whose music you really admire and them turning out to be an asshole. Thankfully, I haven’t encountered too many of those.

All-in-all, it was good show. You should have been there. It’s cool, though, they’ll be back, and we can give him the attention he deserves and the crowd he didn’t know existed here.