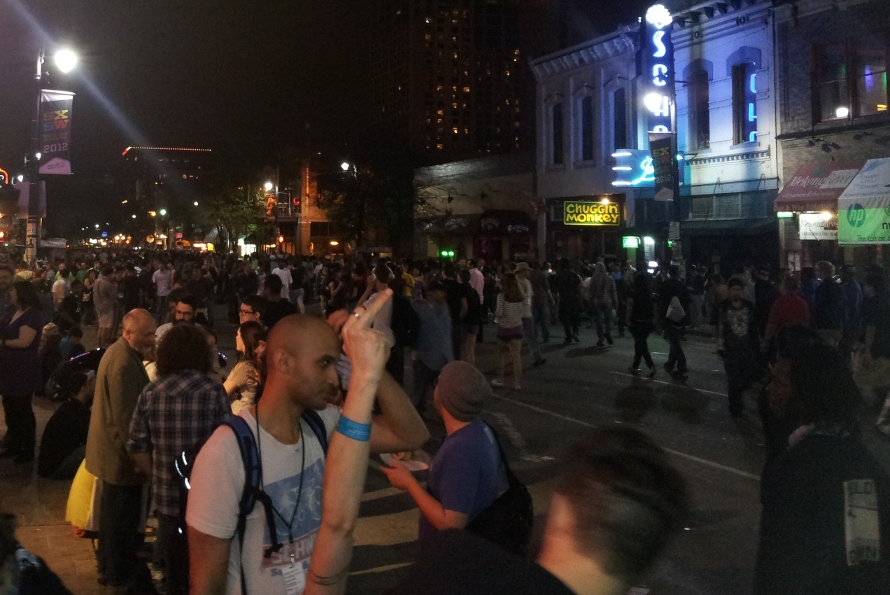 Editor’s Note: Because we decided to wear our responsible small-business pants to work everyday for an entire year, we are not making the sojourn to SXSW. Perhaps next year when we have more writers, photographers, and multimedia people to cover such a carnival. Until then, we invited Jordan Bayhylle from DEERPEOPLE to give us a musician’s perspective. If you ask us, that’s really what the SXSW experience is about anyway. Not familiar with DEERPEOPLE, fo’ shame! Here’s a few articles (here and here) and multimedia to get you caught up to speed.

There is no pizza in Austin after two a.m. Well, maybe there is, but not for delivery. And sure as fuck not on a Tuesday (or maybe itâ€™s just not available during their precious SXSW). Iâ€™m all for keeping Austin weird, but why canâ€™t they keep their pizza places with regular business hours as the rest of the fuckinâ€™ world? Really?! Is it too much to ask for some late night treats after successfully â€œrockingâ€?

Alright, got that off my chest. Sorry if I came off as an asshole, but Iâ€™m good at that.

Anyway, my name is Jordan. If youâ€™re not familiar with me or my writing, I have a blog that I have spammed countless facebook walls with. Long story short, I was approached to write some…letâ€™s call them journal entries…for this publication about my band’s trip (that’s DEERPEOPLE to those of you not in the know) to Austin, Texas for SXSW. I didnâ€™t know what to write about or if Iâ€™m even really qualified enough to do so, but jumped on the opportunity. This is my third time to attend the music/technology conference, and second time to perform during it. The first time might not have fully counted. We played once during the opening night of the music portion and spent the rest of the week barely able to walk (from a combination of alcoholism and non stop walking). This time is different, though. This is the first time we are an actual band at SXSW. We have nine shows total, an in-store â€œappearanceâ€ for some new health food storeâ€™s grand opening, and goals. Not that we wonâ€™t have a good time while weâ€™re here.

Itâ€™s the end of day one, but I suppose our trip started this past Sunday when we trekked down to Oklahoma City from Stillwater to attend the â€œNo Fun Intendedâ€ podcast. Iâ€™d like to say it was fun, but, low and behold – black out drunk happened. And guess who made an ass out of himself. Right. Me. Damn. We collected ourselves the next day and were onward to Dallas. No one felt like being in a car for eight hours so we decided to split the trip in half and stay in the Big â€œDâ€ with our guitarist’s parents. It was pleasant as always, but Dallas always seems to leave a bad taste in our mouths. The past couple of times weâ€™ve visited that fine city weâ€™ve managed to have very unpleasant encounters with law enforcement. But, thank God, we made it out alive this time. We ate, slept, had some brews, and left for Austin.

Now as glamorous as nine shows in five days sounds, â€œitâ€™s not all candy and blowjobs.” As I expected, we were going to have to play a few not-so-stellar shows, and our very first show was just that. We arrived early to the venue, which is actually a Mexican restaurant called Casa Chapala where it seemed they were having a block party which no one was attending. We then found out we werenâ€™t playing there. We were told to play upstairs in a tiny corner of the restaurant, which looked unsuitable for dining, much less a â€œrock and rollâ€ concert. Somehow changes were made, details were sorted, and it was decided we were better off suited for the super awesome block party. The M.C. of the block party, A.J., seemed to have almost no clue what the fuck he was doing and we soon found out he didnâ€™t. As it turned out, this poor guy was losing his house and was trying to save it by renting out a parking lot in Downtown Austin and poorly promoting a show that no one would come to unless they were performing or working at it. It was pretty awful. We actually ended up getting a few people to come in from the street, but that wasnâ€™t enough to keep us around after we were done playing. We finished our beer and got the hell out. They did give us some free tacos, so I guess it wasnâ€™t all bad. 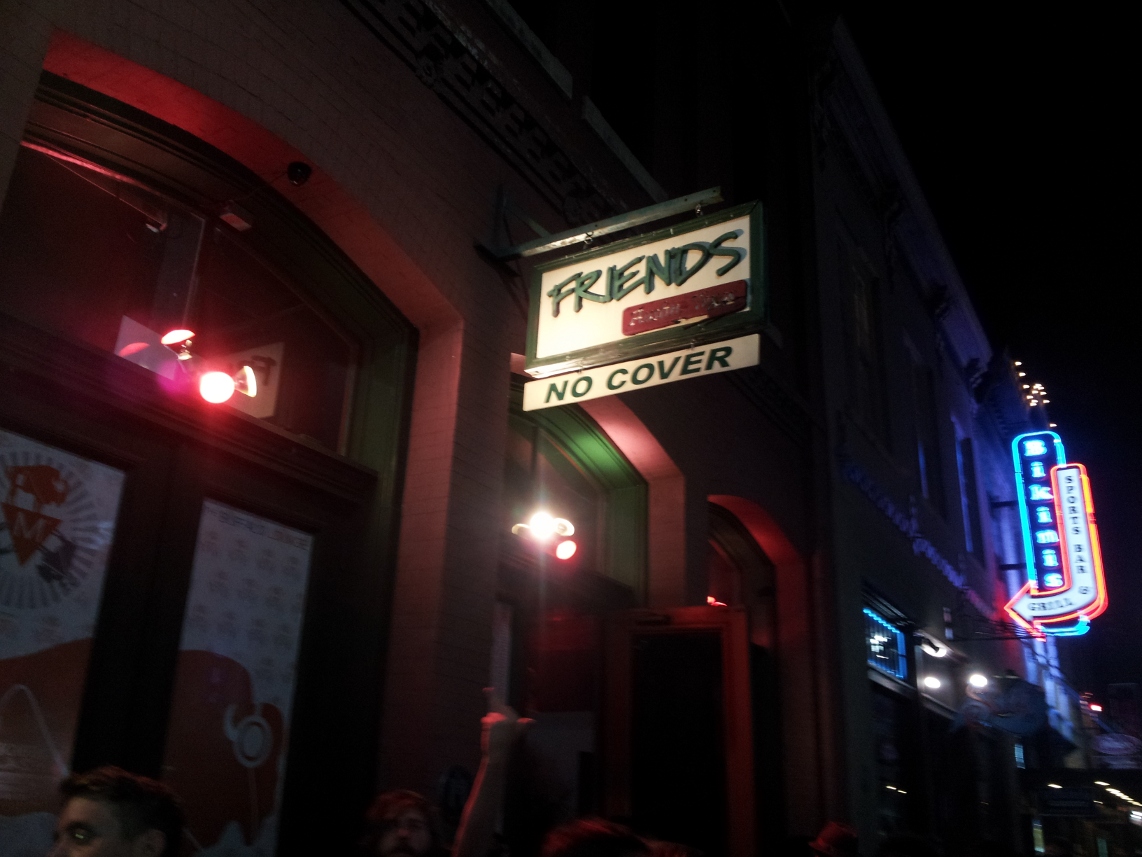 After the show of the century we carried all of our equipment up six flights of stairs and walked a few blocks to the Buffalo Loungeâ€™s â€œunofficialâ€ showcase where we had some hugs and some laughs with fellow Oklahomans and friends that we more-than-likely havenâ€™t seen in a while. This was the only show we played last year which we had a great time at, and it proved to be just as awesome- if not better- this year. Sure, it was mainly filled with people that are very familiar with the acts that were playing, but it was fun none the less. And free drinks!

Fast forward a couple of hours and many unsuccessful attempts at trying to acquire some late night pizza and here I am at 5:17 a.m. in a shitty hotel room trying to force something worth while out of my sleep deprived soberish head. Hmmâ€¦I know what you’re thinking, and youâ€™re right, I should drink more.