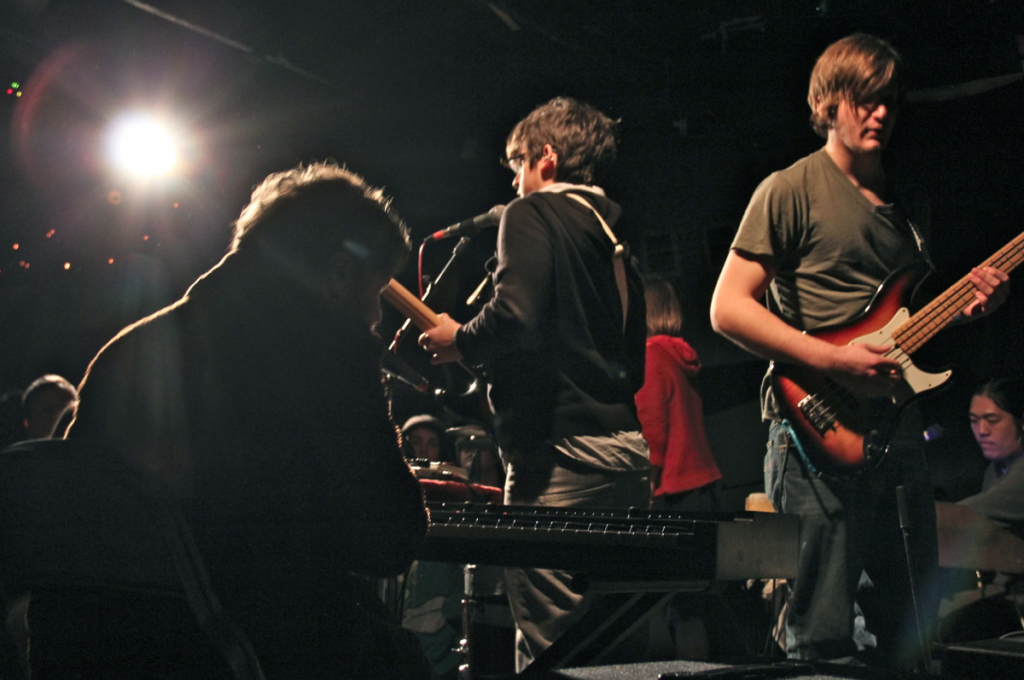 After recently reviewing DEERPEOPLE’s latest EP Exploragasm, I decided to go see them play the Opolis this past Friday. I was not disappointed. They play true to sound and they put on a hell of a show. Frontman Brennan Barnes has the stage presence of a mountain goat covering Iggy Pop, scrambling atop speakers and amps and stage diving into the audience to stir things up. You’d have to be a stickler-for-the-rules type not to enjoy his frenetic, joyful performance. It was also endearing to see that as Barnes nearly tipped off his chair several times, a gentle hand or two would reach out from the audience to steady the chair so that he wouldn’t plummet into his keyboard or onto the stage. Even in the midst of high drama rock, Okies are ready with a helping hand.

I got a chance to talk to Barnes before he and the rest of DEERPEOPLE went on stage. He said that DEERPEOPLE’s first EP was based on a concept album that went out the window, yet the songs on both EPs are inspired somewhat by the original story line. The gist: on the planet where the DEERPEOPLE live, some green radiation from the planet’s core is leaking and threatens to destroy everything. Taking a page from the Superman playbook, the DEERPEOPLE ship out pods of their offspring to other planets in the hopes one of their species makes it to a hospitable world. Enter Ulysses, who makes it to Earth. Ulysses takes the form of a puppy and although his duty is to grow up and procreate, he would rather just sleep and do puppy things.

Cutest premise for a rock opera ever. 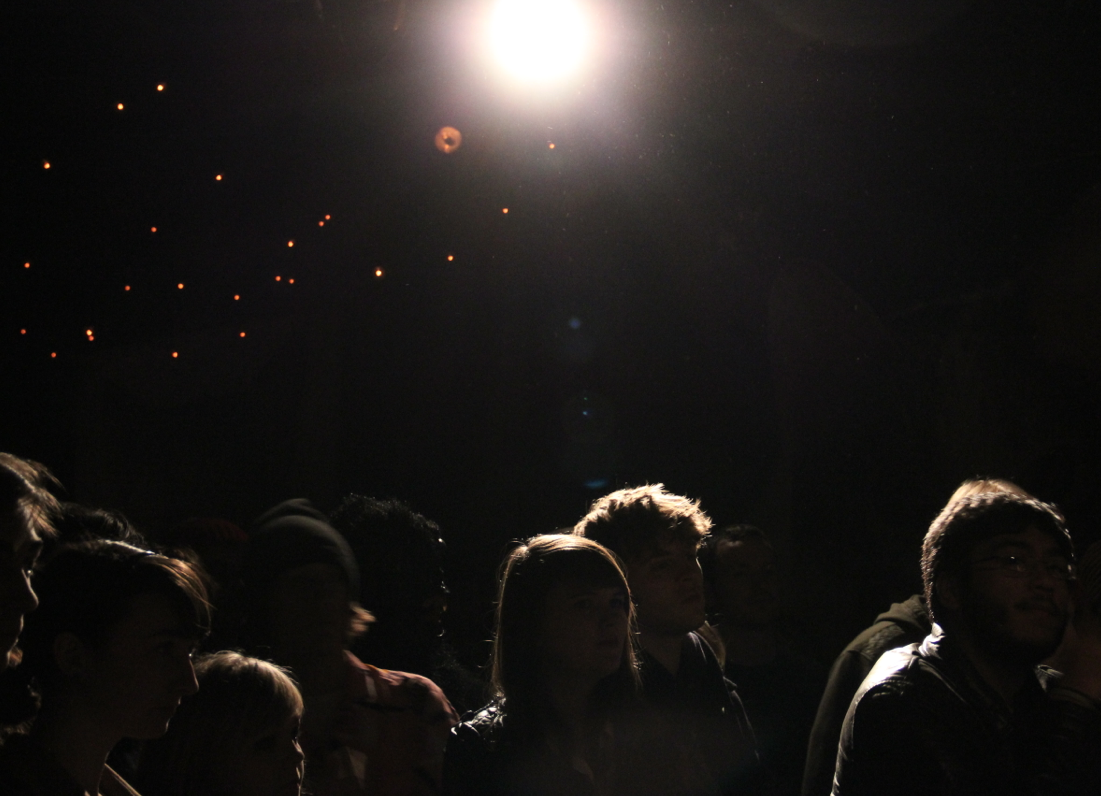 “Pretty good turn out for DEERPEOPLE this past Friday night. You can’t really see their soft baby skin in this photo, but I’m sure over half this crowd has yet to vote in a Presidential election, meanwhile I’ve voted in the last two.” -Â  “Old” Helen Grant.