If you like psych rock, give this single a listen. Below is an interview I conducted with front man Joey Paz about their up coming CD Release Party at STASH on Saturday, March 15th. Also playing that evening is Midday Veil and Brothels. 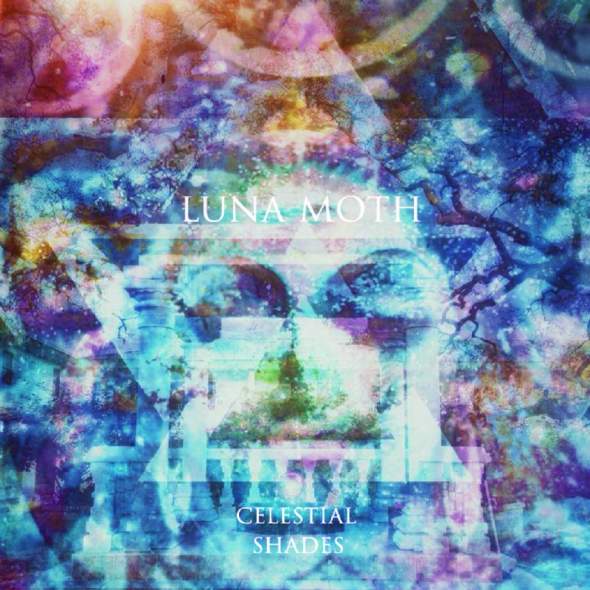 CD Release Party is set to happen at STASH in Norman. Doors open at 8 p.m. It is a free show. Also playing that night: Midday Veil (Seattle) and Brothels (Norman).

OKC.NET: Has there been any line up changes since the last album “Shadows Casting Trees”?

J. Paz: Since the last album we have recruited now have Laine Bergeron of Shameless Friend/Fan Club/The Bill Swanson Experience on bass and Allie Naifeh of Ex Oblivione on synth, which technically makes us a super group, I think.

OKC.NET: Did your creative process change between albums? I know you travel quite a bit.

J. Paz:Â  I drove around the West Coast all summer, listening to nothing but Tame Impala, Curtis Mayfield and Blue Cheer. That was my creative process for this album, in a nutshell.

OKC.NET: Tell me a little bit about the production, where was this recorded, any new methods, or special notes of thanks?

J. Paz: We recorded the whole thing at with Chris Harris at Hook Echo Sound, as we have with our last few, heâ€™s pretty much our guy. He knows how to make things loud.

OKC.NET: What influenced you this go round?

OKC.NET: Psych Rock has enjoy quite the revival lately, who are you listening to locally, or in general?

J. Paz: King Mary is my favorite local band. Iâ€™ve also been listening to a lot of this band from Seattle, Midday Veil. And Iâ€™m not just name dropping because King Mary plays harp on the new album and Midday veil is playing at our show Saturday night. I liked them both before they were cool enough to be associated with Luna Moth.

OKC.NET: Are you planning a tour?

J. Paz: A summer tour is in fact in the planning stages.

OKC.NET: You had a whole concept behind “Shadows Casting Trees” as well as background about the album art, so what’s the 411 with “Celestial Shades” album art?

J. Paz: The album art was created by a mysterious entity known only as DJ Krama, who is a 3rd degree beats master from the Orion nebula, and who will also be dropping beats between bands at the show Saturday.

OKC.NET: I liked “The Voluptuous Tempest,” “Changelings,” “Azsure Star Ison,” and “Mercurial Eclipse” – the last two songs feel like they have great energy – how are your live show, are you ready to get wild with some of these songs?

J. Paz: We’ve been studying copious amount of live James Brown footage on Youtube, and we are indeed prepared to free your minds.

OKC.NET: What haven’t asked that you feel is important to know either about Luna Moth or “Celestial Shades?”

J. Paz: We give all thanks and praise to Kali the dark mother, slayer of the demons Shumbh and Nishumbh.

OKC.NET: This is more for fun, but are you planning to go to Austin Psych Fest?

Check them out Saturday night: here’s the event link for more deets. 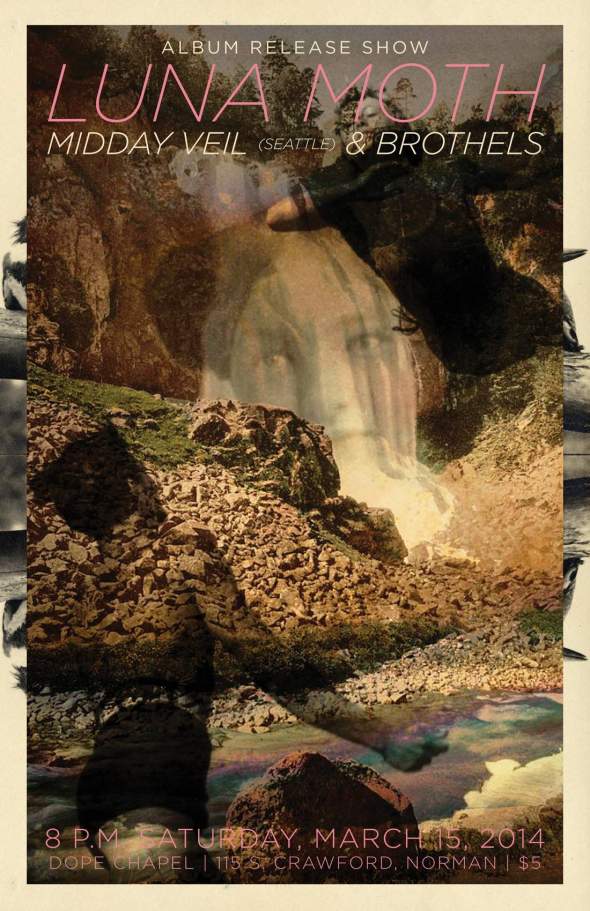