â€œThe earth has music for those who listen.â€Â  William Shakespeare

I heard Julianna Barwick’s track “The Harbinger” on Derek’s LI$T earlier this September. When I had the chance to give “Nepenthe” a fair listen, read: not while driving, writing, or thinking about anything else as Gil Scott-Heron recommends, I found myself submersed in a world of a choral loops and haunting sonic textures. Quite simply, I loved it it. I feel it is a deeply meditative album for those who dig choral stylings that are not what you’d define as “strictly traditional.” So if soul music is gospel music without the religious overtones, then Julianna Barwick’s album is music without the preordained hovering around the scene.

And anyone with a love for old stories might know that “Nepenthe” is Greek for “a medicine for sorrow, literally an anti-depressantÂ â€“ a ‘drug of forgetfulness’*.” With that in mind, “Adventure of the Family” is quite enjoyable for this reason. Strings are sampled as vocal loops filter in like waves rushing the shore, which is right before a deep piano bass line invokes a sense of undercurrent. It pulls you under and right into the next track “Crystal Lake.” Even after a few listens, I have to say “Offing” is still my favorite off “Nepenthe.” It’s haunting, stirring, and yet strangely light. Ethereal just might be the best one word description for it.

I had a chance to briefly phone interview Barwick as she was on her way back home to New York. I kept it pretty simple since others have written about her album and her work with Alex Somers, musician and producer of Sigur RÃ³s, JÃ³nsi, JÃ³nsi & Alex.

“To go from a hermit-y bedroom recording girl to a different country and running every bit of sound by another person â€” that was a total opposite experience,” she says. Despite her apprehension, the results of the rigorous recording sessions surprised her. “After I let myself be open to [Alex’s direction], he was actually right,” she admits. “There were several moments on the record he’d say, why don’t you try it like this? And then after I thought, that’s perfect.” – Spin, June 2013.

I decided to pick up from there since I’m always curious about a person’s creative process, which isn’t necessarily something you can pin down into any one school of thought. Rather I wanted to know what sorts of soundscapes she intended to work with next and what challenges she faced while touring that might have caused to her to pick up a new skill or further develop an existing one. 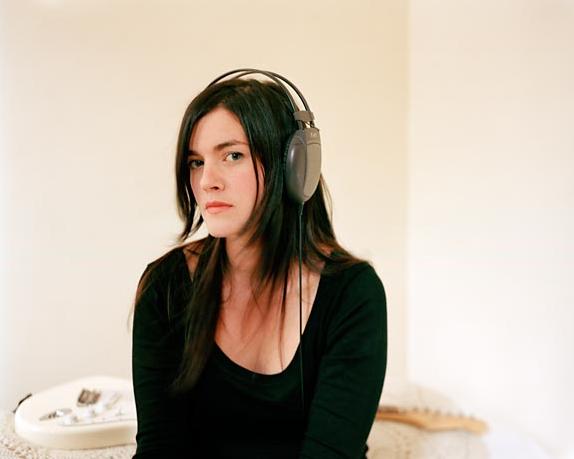 OKC.NET: I just want to keep it light, free-form and talk about creativity. I mean, right now everyone’s making their lists and checking them twice, so let’s just talk about the joy of creativity. Not even necessarily for making music, but for the fun of it.

OKC.NET: Have you explored any new creative avenues, maybe picked up a new skill to try your hand at something different and challenge yourself a little?

Barwick: Well, I’ve been playing keys on this tour. I haven’t done that before. That was new thing, I never thought I would be able to sing and play the piano at the same time. And I want to eventually start experimenting with making beats.

OKC.NET: Is there anyone you’re listening to now that has beats that caught your ear, sort of like a prototype for what you’d like to try?

Barwick: I just got the Blue Hawaii record, and I really, really like that. It’s very pretty, simple beats.

OKC.NET: What about other creative outlets, perhaps outside of music – like sketching for example, that help get the juices flowing?

Barwick: I love drawing with mechanical pencils. I love photography. I really like dark room photography.

Barwick: I do! There is a Julianna Barwick Instagram account, but I need to keep up with it more.

OKC.NET: Oh, before I forget, what was your favorite performance so far this year?

Barwick: I keep telling everyone Lisbon. I had a backing choir, and it was a beautiful night.

Alas, dear readers, I wasn’t able to find a youtube video for this performance. But you know what? If you’re in the Oklahoma City area, you don’t need to go to Portugal to experience her live performance. You need only drop by the Womb Gallery at 8 p.m. on Dec 23rd.

Last I was there, the Bad Trip show from the Hibert brothers was on display. Also the tour’s publicist Caroline Marchildon said Barwick has great visuals to accompany her show, which were produced by Derrick Belcham. He also directed her video for “The Harbinger.”

“Plus the Womb Gallery will be a killer backdrop.”Â  Marchildon said.

I totally agree. That place is just something else. To that end, here’s a video to get your imaginations rolling.

Another interesting tidbit? She lived in Oklahoma for a little bit, although this is not how she got book at the Womb. Rather she opened for the Flaming Lips in New Jersey and things, as they do, evolved from there.

“Although Julianna is currently based in Brooklyn, she mostly grew up in Missouri and Oklahoma. A taste of her childhood idyll fed into her last album, 2011’s The Magic Place, which was named for a tree in whose branches she spent many delightful days. Though she denies it, the track “Adventurer of the Family” could well be applied to herself, as in 2001 she relocated to New York City to study for a degree in photography. “Coming from Oklahoma to the city, and seeing art in galleries and concerts, being surrounded by people who are passionate about the thing they do, and making it happen was inspiring â€“ my mind was blown.” – Dead Oceans.

You can also preview “Nepenthe” on Spotify.