Austin City Limits is not the largest of the Austin based music gatherings I’ve been to with OKC.NET (that honor falls to South by Southwest) nor is it the most self consciously hip (Austin Psych Fest takes that trophy). What Austin City Limits has going for it is a sort of heady populism. It’s a big, eclectic, friendly gathering in a lovely public park with a picture postcard skyline for a backdrop. ACL is what most people would likely picture when thinking about a music festival.

Picture perfect from frame to back drop.

Most attempts to have “Something For Everyone” result in no one being particularly happy, but much like the famed PBS series from which it sprang, ACL can happily accommodate dozens of genres while still maintaining a certain off-kilter sensibility. Case in point: the headliners Sunday were Atoms for Peace (the Thom Yorke/Flea side project) and Lionel Richie. If you don’t like the epic balladeering of Okkervil River, you can walk across the park and see The Black Angels, or just wait half an hour for (native Oklahoman) JD McPherson. 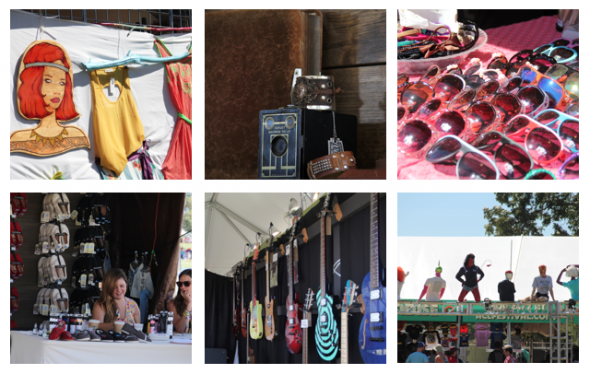 Managing Editor’s Notes: Yeah, I ended up coming home with a hat, a couple of shirts, pics, and great memories. Although try as I might, I could not see myself buying Toms shoes a the Toms’ booth. A guitar? Yes. But I just bought one, so maybe next year.

Aside from the truly dizzying eclecticism of the acts performing at the fest, the most impressive thing about ACL was the extent to which things seemed to go really smoothly. I’ve been to enough of these things to know that keeping a crowd of this size happy, hydrated, and safe is a monumental task. A lot of the credit goes to the army of staff and volunteers. As often happens in these sorts of situations, I had a few questions pop up through the weekend, and in every case the staff were cheerful and helpful. After one volunteer pointed me in the right direction for something on Saturday, I asked her â€œHow did they get you to stand in this spot all day in this heat?â€Â  She said, â€œAre you kidding? I just love music!â€

It really is a bit much.

Zilker Park in Austin is both lovely and unassuming; one can imagine that if it was at a party with other large urban parks (I know this is impossible; humor me) that it would be standing in the corner with a vodka tonic humble-bragging. â€œYeah, I mean, I guess it’s pretty cool…the river really does most of the work, I just have to show up. Hey, have you seen these native grasses?â€ Zilker is the sort of public space that simply doesn’t exist in most cities; simultaneously suited to large events like Austin City Limits and to everyday use. It is in places like this that the wide open nature of the central United States is an unalloyed asset. It’s hard to accommodate 70,000 people – not to mention their flags and chairs and coolers – in any one spot at any given time, and a crowd this large normally would have to be in uncomfortable proximity to each other’s armpits at all times. Even OU gamedays get pretty crowded for my taste. 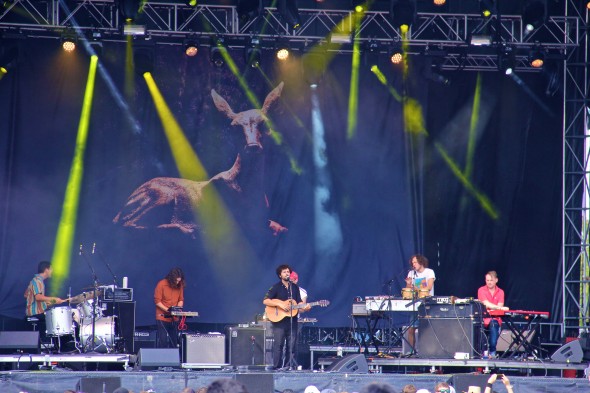 Swedish psych rockers Junip, who’s “Line of Fire” you might know from a Breaking Bad trailer, were great Saturday night at the Honda stage.

Something I wasn’t aware of going into this was what an international and national event it has become. I had a nice chat with a guy from Ukraine who was really excited that I recognized his flag, and I talked about The Owl Cafe with a few fellow former New Mexicans. Music tourism is a huge business, and given that these tickets weren’t super cheap, the impact on the local economy had to have been pretty impressive.

OU Texas looks like it’s going to be pretty boring this year, but there’s another weekend of ACL starting tonight, so if you’ve got the cash and the inclination, you should crush up a couple no-doz and head south. Tell Torchy’s Tacos I said hi.

P.S. not going to make it this year because: government shutdown (or insert your own reason here)? No worries, ACL will also be streaming performances here. You have your choice between Channel 1 and 2.