I first became aware of Kyle Reid’s musicianship through his work with Magnificent Bird. Later I discovered he also plays and tours with Young Readers. However his new EP “Sawdust in my Bed,” which debuts October 24th, is a step in a new direction. I had a chance to listen to it a couple of times via the wonder of e-mail and again at a listening party held at Breathing Rhythm Studio in Norman, Oklahoma, which is where Reid recorded the EP with the help of studio owner and producer Steve Boaz.

Upon first impression, I thought Reid’s collection of 5 songs had a dappled breezy feel. Think: lazy summer days spent in a hammock intermittently sipping on a tumbler of good whiskey while listening to tales amusing, bold, and at times precarious. Although I’m not sure how the imagery of hammocks and tumblers of whiskey pairs with one song off the EP, entitled “Pride and Swing,” where Reid woefully laments “my mother says stop your drinking or it’s going to make a fool out of you.” Even so, “Chalk” continues on with images of transitory youth, although Reid observes that is not enough to write your name in chalk, because if you’re going to commit to lasting success then your name needs to be carved into stone. My favorite track on the EP is “Minor Iko.” This song vaguely reminds me of Squirrel Nut Zippers. It just has this upbeat jazzy swing to it, even though it is about love, jealousy, and a murderous desire. “A New Hymn” is an instrumental track that is very laid back, while “Love That Kills” is easily the most anguished song on the EP. And that’s taking into account that someone gets run over with a train in one song (“Minor Iko”) and then hanged in another (“Pride and Swing”). Like I stated before, it is dappled. Shadows and light overlap as melody and rhythm lull the listener from one song to the next.

Reid officially releases “Sawdust in my Bed” at the Deli (309 White St., Norman) on October 24th at 10 p.m. John Calvin and Parker Millsap will open the show. CDs can be purchased for $5.00, but if you can’t make it out that evening, never fear! You can also purchase the EP that day via Reid’s website www.kylereidmusic.com or his bandcamp. 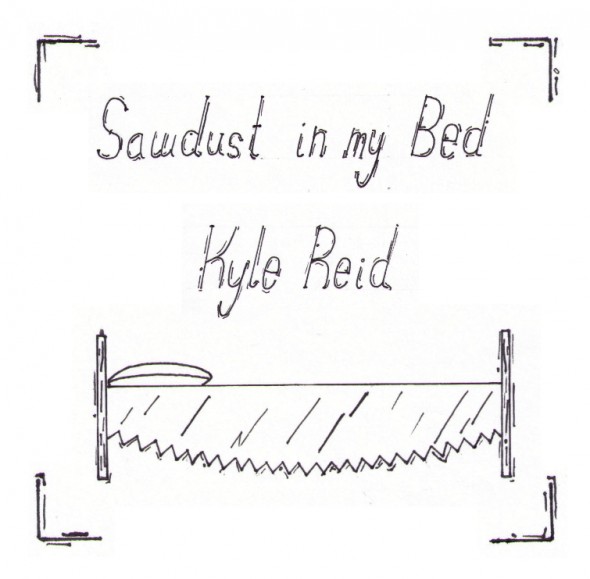 $5.00 USD. Unfortunately pesos are not being accepted at this time. Also notice how I very mindfully did not go with obvious metaphor when describing this EP by stating the majority of Reid’s songs have a set of hidden teeth on them.

OKC.NET: Is this your first EP? If not, what are your other albums?

Reid: This is my first solo EP. Iâ€™ve played guitar or bass on other bandsâ€™ albums and I even have a collection of guitar instrumentals that Iâ€™ve recorded over the years called, â€With My Own Hands.â€

OKC.NET:Â  Who are your musical influences? I also noticed you majored in Engineering Physics, does that have an influence on your music too?

Reid: My Engineering Physics degree influenced my music a great deal. In my physics courses we spent a lot of time learning about waves, and this eventually got me to look at all sounds (musical or otherwise) as nothing more than waves. When you get rid of the distinction between music and noise it opens up more possibilities for creating interesting, haunting, beautiful music. This perspective, combined with a love of the problem solving and mathematics of music theory, is my starting point for writing. My main musical influences are those people who have a deep understanding of music theory and traditional form but are not limited by it. Just to name a few: Tom Waits, M. Ward, Beck, Feist, and Andrew Bird.

OKC.NET:Â  What bands have you played with before/who do you play with currently?

Reid: I do a lot of work as a sideman, playing guitar or bass for other bands. Iâ€™ve been doing that since I started playing guitar. I currently play for Samantha Crain, John Calvin, Young Readers, and Magnificent Bird. These are some of the bands Iâ€™ve played guitar or bass for in the past: Feathered Rabbit, The Jonbear fourtet, CJ Greco, the Dizzy Pickers, and the Crescent Trio. I might have forgotten a few, and I apologize to those bands,

OKC.NET: What inspired you to do a solo EP and is the material on it autobiographical, storytelling inspired from other sources, or some blend of the two?

Reid: Part of the inspiration to do a solo EP was to try something new. Iâ€™ve been a â€œleadâ€ guitar player ever since I picked up the instrument and as Iâ€™ve grown my tastes have changed. When I was a kid all I ever wanted to do was play a kick-ass guitar solo, but as I started listening to more songwriters I became enamored with the art of song and the atmospheres the songwriters would create.

My songs arenâ€™t strictly autobiographical. I donâ€™t like to be too literal with songs, but what I like to do is to create an atmosphere or the sense of an experience that Iâ€™ve had. Sometimes my songs are just a string of seemingly nonsensical phrases that I think convey a feeling similar to the one I have.

OKC.NET: I noticed you make cigar box guitars. How did you get into this making these instruments and how long have you been making them? What do you typically charge for them?

Reid: I got into building cigar box guitars after seeing a youtube video of someone playing one. I thought, â€œWow thatâ€™s neat!â€ and, â€œPshhh, I could do that.â€ I guess it was arrogance that got me into building. Iâ€™ve been doing it for a year and a half or so. I sell them from time to time and they typically start around $200.

OKC.NET:Â  Do you play any of them on the EP?

OKC.NET: What’s been your best show to date locally or elsewhere?

Reid: Iâ€™m going to cheat a little and tell you about my two best shows so far. Both were at Norman Music Festival 2012. The first was a jazz set I did with my traditional jazz band, the Low Swinginâ€™ Chariots. We played at the Sonder Music Jazz stage and it was packed! We did old New Orleans style jazz tunes with trumpet, clarinet, upright bass and all that goodness. The highlight of that set for me was when Wayne Coyne walked in, listened for about a minute, and then walked out, ha-ha.

The second was a solo set of my own songs at the Michelangeloâ€™s indoor stage. This was a highlight for me because a lot of the local musicians that Iâ€™ve respected for a long time came out to see me. It was one of those moments that gave me license to think that Iâ€™m not the only person on Earth that thinks what Iâ€™m doing is cool and encouraged me to stick with it. 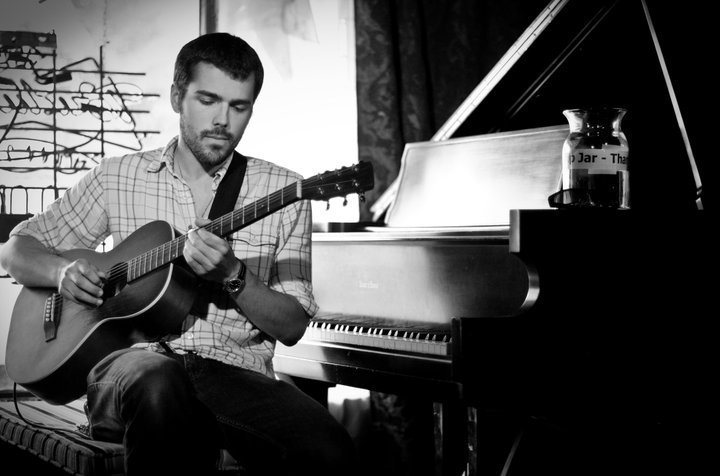 The original portrait Kyle Reid e-mailed OKC.NET depicted him wearing a welding mask as he sat intently focused on a book. A dilapidated brick wall with peeling paint served as the backdrop. His inner world, judging by the portrait, seemed to be anyone’s guess really. But as much as I love seeing a mysterious man with a book in his hands, it became abundantly clear to me that Kyle is too adorable. Plus his groupie following might also harass me for the oversight should I have allowed it.

OKC.NET: Are you currently being stalked by a groupie?

Reid: I am, but sheâ€™s one of my favorite people.

OKC.NET:Â  If you haven’t had to look over your shoulder in dark parking lot because of an overzealous fan girl, what’s the worst touring experience you’ve had?

Reid: I really love playing in a new town every night, meeting new people, getting to know them, drinking with them, and sleeping on their floor, so I havenâ€™t had any bad touring experiences yet. Iâ€™m a lucky guy.

OKC.NET: Just for fun, suppose the Robot Apocalypse happens next week, what would you do?

Reid: When the robots take over, Iâ€™ll release a dubstep album that will unite all man and robot kind.

For your listening pleasure, a very sultry rendition of “Pride and Swing” courtesy of Acoustic Oklahoma. I have to say, imagining the dupstep version of this is kind of funny too, but this is 100% times better than that alternate reality.

One comment to ““Sawdust in my Bed”: Kyle Reid’s Solo EP”