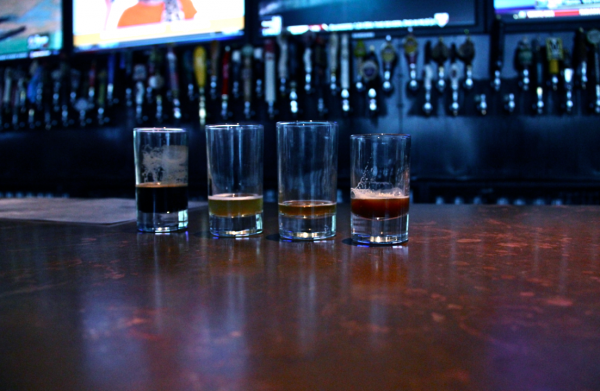 Since I missed last week’s tasting, I decided to try Konig Ludwig Wiessbeir when next I found myself at a bar. I’ll have to give it a full review some other time, but overall it was good. Somewhat following last week’s schedule conflict, Daniel is out for co-authoring this week’s column. But not to worry. As luck would have it Daniel knows the difference between a Porter and a Stout, and suggested Colin try a selection from each this week. I’m told the differences between the two is not unlike the distinction between sparkling white wine and Champagne.

But that’s not what I’m writing about this week. No, I’m still on a mission to try local beers.Â  In light of the fact I’ve tried so many Oklahoma brews recently, it’s only fair to compare these local efforts to those that are similar in style instead of “hopping” around from one kind of beer to another. Especially because I discovered the hard way that you can’t have Coop’s DNR and hope to cleanse you palette enough to try Marshall’s Pub Ale. To that end I tried the Coop Zeppelin Wheat.Â  First let me say that I’ve recently decided Coop is my favorite local brewery. I’ve yet to have one of their beers that wasn’t both memorable and tasty. Even though I’ve tried various beers from Oklahoma breweries over the past few years, nothing in my mind has had the same kind of staying power as Coop’s offerings.Â  Even so, it may not always have the same level of refinement as some European counterparts, but compared to other Oklahoma breweries Coop certainly exceeds anything else I’ve found in both consistency and quality.

So in true Coop fashion, I found that the Zeppelin Wheat had a pleasant fruity aroma in addition to a strong wheat flavor and a hint of spice. The Boulevard Wheat shared some of the same characteristics, but it had a weird corn-like aftertaste. By comparison I found the Mustang Washita Wheat beer to be the blandest of the bunch. It’s serviceable, sure, but if I had to rank the three I’d say: Coop Zeppelin Wheat, Boulevard Wheat, and Mustang Washita Wheat.

I’m really not trying to be a snob, full disclosure: I spent three Octoberfests in Germany so maybe I still hold a special spot in my heart for the place, but the best of the wheat beers I tried would have to be the Ayinger Brauweiss. It has a citrus aroma, and its wheat flavor is tempered by a dryness that is very complimentary. And it had more crispness than the other three beers mentioned. Quite simply, it is delicious.

We got to talking to David, our bartender, and he mentioned that Republic carried a range of specialty beers from seasonal to fruit-infused. Last time we were at Republic, someone else had told us about a blueberry-infused wheat beer called Sea Dog. Unlike most fruity ales or other fruit flavored beers, the blueberry in this beer is not overwhelming. If anything, I’d have to agree with David, it’s kind of like a Kashi Wholegrain Blueberry waffle. It’s not very sweet at all, which is its own kind of refreshing, but would I make it my standard drink? Probably not. If you’re not into sweet beers or even beers that taste like anything but malt, hops, yeast, water, and grains than you might not like this at all. However, if you like to have a fruity beer on occasion this is not a bad option. Especially if you are not in the mood for something super sweet and/or very tart. 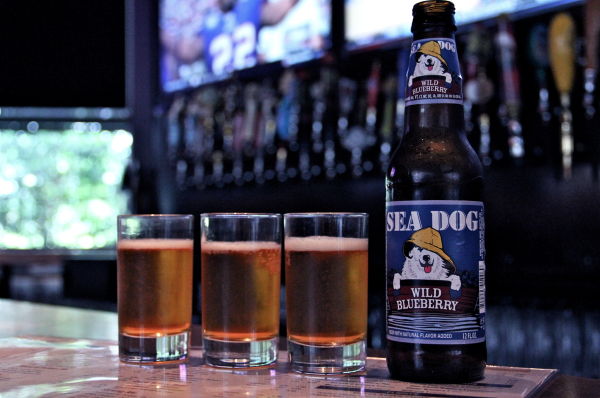 Good thing this isn’t wild strawberry, otherwise the mashed-up fruit dripping from the dog’s paws might be a little more disturbing.

I was in the mood for some hearty, heavy beers to go with the overcast weather and my fish and chips. I started with the Coop Gransport Porter, which was absolutely the best local porter I’ve ever had. I then followed with the Great Divide Yeti Stout, which might well be my new favorite beer. It’s essentially a meal in itself, like eating a giant loaf of bread that makes you lunch drunk.

Order again? Absolutely, so long as I don’t have anything else to do that day.

Order again? Undecided. I just don’t like fruit-flavored beers, but of the fruit beers I’ve had it’s one of the better ones.

Also going on at Republic? This place has its own beer app.

Pretentious? We don’t think so. It seems like pretty decent app as far as beer journaling goes. And it’s free.

Assistant Manager Alex Elliott said the Republic Beer app has been out for about a month. It was developed by 3 Monkeys, which had been based out of Oklahoma City. They are out of business now, so I’m not sure how that affects the quality of this app in the long run. Things we noticed, you do have to type in your beer correctly for it to be found in the Beer Search, but worry not if you have no idea how a certain brand is spelled or if you only know the first few letters, you can tap “Beer Me!” and a list of beers served at Republic will appear. The app also lets you search by region, style, draft, or bottle. We did notice that the Sea Dog Wild Blueberry Wheat did not show up when we looked for it, but Coop’s Zeppelin Wheat did appear in another search. The flavor profile, alcohol content, category, and other pertinent information about the beer appears once you’ve pulled up your chosen selection. Another neat thing about the app is the randomized search, which lets you either shake or tap it to choose a beer at random. The beer journal is helpful in categorizing, in addition to information on the beer, you can rank it, add notes, and toggle what you thought of it from appearance to mouth feel. One feature that would have been nice to have, but isn’t a mark against the app at all, is the ability randomly choose a beer from the ones you’ve been journaling. If they find another app developer to maintain updates, that feature would be nice to have. Sometimes you just want something you know you like, but just haven’t decided on what yet. 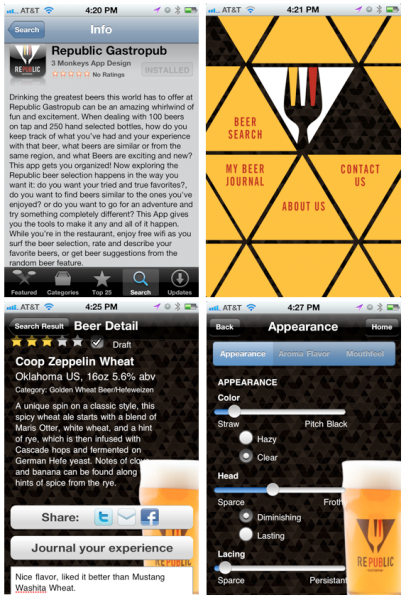 Beer. There’s an app for that.