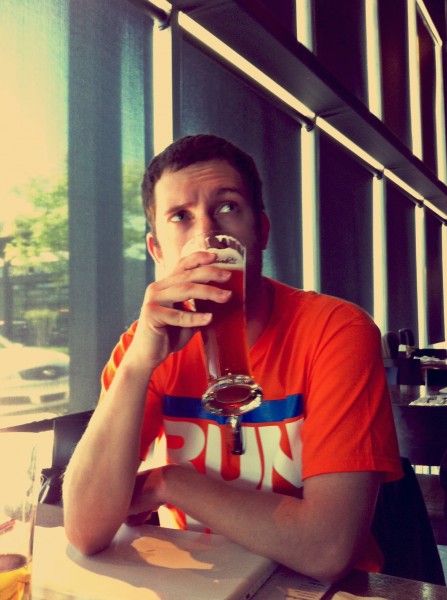 Daniel ponders the greatness of our idea to do Monday beer reviews.

Another Monday, another beer review. It’s become a regular thing (and a business expense), so Mondays are now something to look forward to. OKC.NET Executive Editor Colin Newman accompanied us today, as did Helen’s children. Hilarity (and beer) ensued. 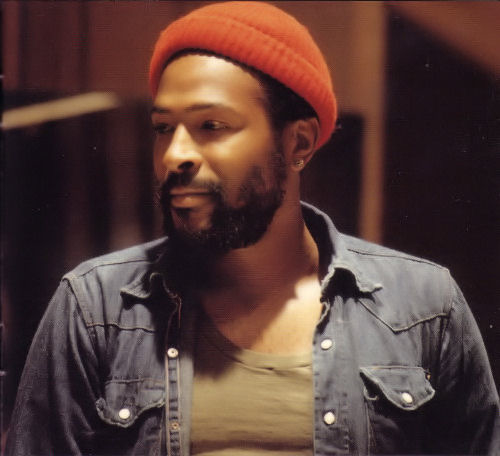 Marvin Gaye also came up at the table.

Anyone who’s read our beer reviews knows that I’ve been acutely focused on local news and developments.Â  Often, but more because I’m not a native Oklahoman, I feel like I need to explore what this state has to offer outside of the cheap housing, steak, and fried pies. I mean, besides tornadoes and other blowhards, I have to believe there are other reasons to live here. Call it me trying to make good on the ideal of “life, liberty, and the pursuit of happiness.”

To that end, I sampled from RePUBlic’s “Pride of Oklahoma” menu.

The DNR is a Belgium-style strong ale. That said, I really enjoyed the DNR (which, yes, DNR does mean Do Not Resuscitate). First, it is very flavorful. Second, it’s 10 point beer. In addition to being a medium amber color, it has a fair amount of transparency and is lightly carbonated. But back to the flavors-amazing! It’s a blend of malt and hops, so expect a bit of sweetness upfront and a bit of bitterness on the back. Even so, it is very well-balanced. It’s a little dry, but not unpleasantly so. It has a hint of vanilla at the forward, and almost a tropical note on the back that ends with a little bitterness, like if you ate a slightly unripe banana, but somehow much, much better than that. All-around this is just an enjoyable beer. It’s not meant for chugging, folks. This is a wind-down-at-the-end-of-the-day beer, or get “business drunk” lunch hour beer. You should probably not have more than one if the latter is what you are aiming for, that said, work your way up to this one if you intend to have more than one beer. The full flavor of this beer will eclipse anything lighter you might try after it.

I’ve never tried Anchor steam beer before, due at least in part to something my cousin Misty said years ago: “Californians don’t know shit about beer”. While I’m inclined to agree in most cases, I liked the Anchor Steam. A truly unique style of beer that calls California home, the “steam beer” seems at odds with itself; it’s flavorful but light, a healthy amber color but fizzy like a yellow beer, hoppy but sweet. While this will by no means become a regular in my beer rotation, it’s a pleasant beer that’s a nice change of pace from your normal ales and lagers.

Marshall’s Pub Ale is another medium amber beer, but I found it underwhelming when compared to the DNR. Even though I cleansed my palette between the two tastings, I found its flavor watery by comparison. Had I not been drinking the DNR, I might have thought differently of Marshall’s Pub Ale. But, considering I had the Mustang Summer Wheat last week, which is a good inexpensive beer that has a distinct flavor, I still thought Marshall’s Pub Ale was lacking in memorable characteristics. I only compare the two because I find it telling that a week later I can still conjure up the flavor profile of Mustang’s Summer Wheat from memory, but next week I doubt I will remember very much about Marshall’s Pub Ale other than I found it bland. Upfront it is a little sweet, and only on the back did I find much of any flavor. It’s got a bit of nuttiness, fruity notes, a hint of a tang, and some hoppiness, but be forewarned these are not big flavors. It’s brewed by McNellie’s in the traditional Irish/English “Best Bitter” style. And it should be noted that it’s won an award with the Daily Oklahoman’s “Thirsty Beagle” Beer Championship Series. I could see giving this beer another chance sometime in the distant future if someone bought it for me because they were convinced I had it wrong, but it would have to be before I tried any other beers with strong and distinct flavors.

As I mentioned last week, the Great Divide brewery has yet to make a beer I don’t enjoy. I’ve had the Hercules on numerous occasions, and it hasn’ disappointed me yet. An imperious hoppiness dominates the front end of the beer, followed by a surprisingly mellow (but also hoppy) mouthfeel. Unlike other IPAs, there is very little to no note of citrus flavor accompanying the hops. A beer drinker’s beer, the Hercules is a fantastic example of the IPA style. Let bitter beer face ensue. 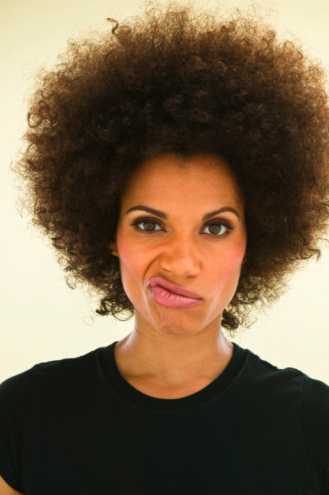 Bitter beer face: even hot girls get it.