Helen and I decided talking beer over lunch on Monday was a good idea, so you know what? We did it again, dammit. This time we sat downstairs at the bar at McNellie’s, and we socialized with the bartender and the bar manager while we wrote our opinions down. I doodled a Starfleet officer circa 2218, and Helen wrote down a lot of incomprehensible notes about future stories.

Then we drank beer.

And all was right with the world. 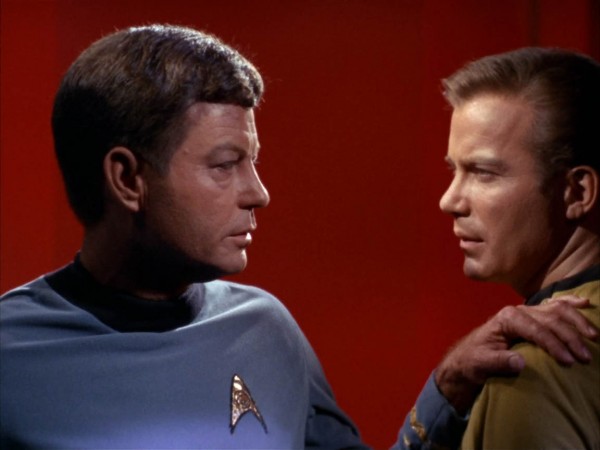 Dammit, Jim, I’m a doctor, not a brewmaster!

Helen: Mustang Wheat: I laughed when Daniel told me he’d never had a Mustang beer before (which is, after all, his hometown).Â  The beer is a fair amber color, with minimal cloudiness, less so than what you might expect from a wheat selection. Upon sipping, I noticed immediately that Mustang’s wheat beer is sweeter than some like Boulevard or Blue Moon, with a notable caramel flavor profile, along with a strong “bready” wheat flavor.

I would say Mustang Wheat is all around just a good, light, sippable beer with very little bitterness. It’s something you’d want to drink on a hot summer day. It’s neither heavy in body nor overbearing in taste.

Daniel: Great Divide Nomad Pilsner: Great Divide is a microbrewery based out of Denver, Colorado, and they don’t make a bad beer. As such, I was excited to try their new seasonal Pilsner, the Nomad. As I said last week, I like the generally light crispness of pilsners. However, the Nomad is a surprisingly strongly-flavored beer for the pilsner style (although, coming from Great Divide, makers of the Yeti Imperial Stout, this perhaps should not be such a surprise). The Nomad has a reasonable hop bitterness at the front, which, when combined with an almost white wine dryness at the back, makes for an enjoyable (if somewhat heavy) spring and summer beer. 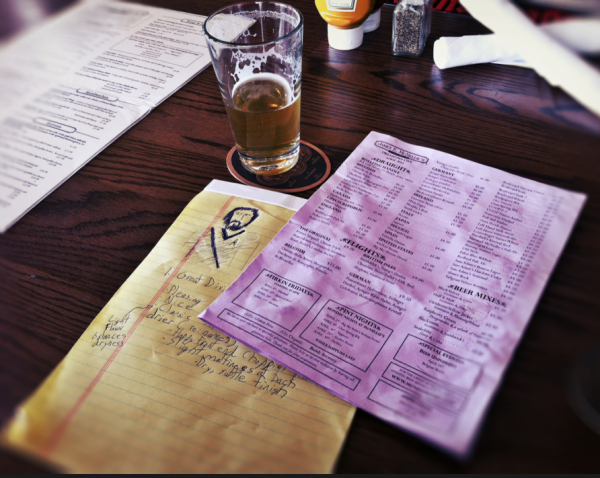 Helen- Redbud Pale Ale: I’ve been exploring the brave new world of IPAs recently, and I decided to go with a local beer again. I feel heartened to know that Oklahoma City is witnessing a new surge of independent micro-breweries. To that end, the Redbud brewery, based out of OKC, is one I’ve yet to sample. The Redbud does not have the same level of citrusy notes or the imperious hop bitterness as the Coop F-5 or Choc’s SPring IPA (which I tried last week). I find this a good alternative to something seemingly brewed exclusively for hopheads, as, while it is a pale ale, it seems minimally hoppy compared to the other two, but with a bright citrus aftertaste. So the verdict? It is a little less intense in citrus flavor than say something like a grapefruit, but still kind of pithy. Would it be out of bounds to call it “the people’s IPA?”

Additionally, the reason it is not very hoppy is that it is not double-hopped like an India Pale Ale. Thanks to bar manager Brian Pittman for that bit of insight. He also said to watch for new offerings from Redbud on May 1st. Chase Healey, the owner has moved away from using contract breweries and now operates his own. Cheers to that! 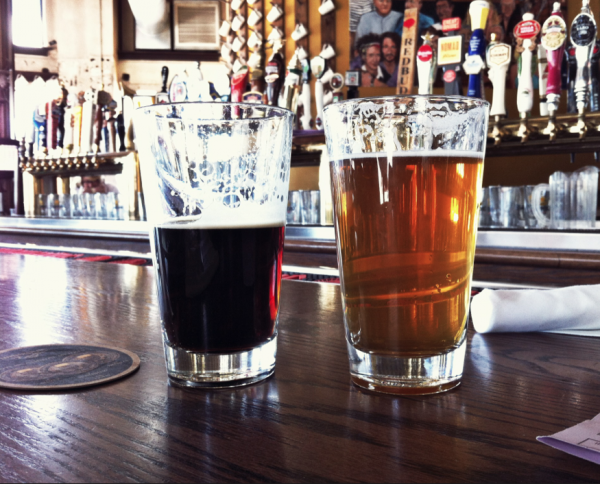 Daniel drinks faster than Helen. Not that it is a race.

Daniel- Fuller’s London Porter: The London Porter is a beer I’ve had multiple times; while not quite an old standby, it is a beer I’m certainly familiar with. I enjoy the relative lightness of the beer considering it’s a porter (although, to be fair, my dark beer of choice is either the Great Divide Yeti or the Left Hand Milk Stout, both thick and complex beers), and it has pleasing hazelnut and coffee notes. While stouts porters are usually best enjoyed on long winter nights, Fuller’s London Porter is a refreshing dark beer which could conceivably be enjoyed in the spring and summer months, too.