I’d never been to the IAO Gallery before, either, and I have to say, I loved the space. Something I really enjoy about visiting art spaces is that going to galleries is a sort of meta-narrative all on its own. What I mean is, I always find it intriguing what the space looks like, how it’s arranged, how the art is arranged inside it, and how the art is complemented through the curator’s staging. IAO put together “Biting the Apple” beautifully in that regard. There seemed to be a thematic progression in the organization of the pieces. I started on the southeast side of the gallery, which seemed to be primarily art that represented the female (and to a degree, the male) body in fairly straightforward ways. As you moved around the gallery, though, the presentations began to be more symbolic, more ethereal, even. 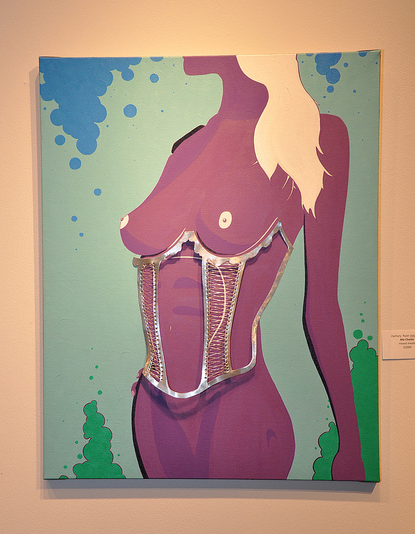 But I digress. Writing about “Biting the Apple” in terms of being simply an art show is at best reductive, and at worst, poor journalism. It is definitely an art show, but is above all a party; it reminded me of the 2011 Pride Festival Block Party I attended last summer; all types of people dressed in all sots of clothes. We saw men with blazers on, women in body paint, drag queens, women of every shape and size in corsets, stockings, or even leather bodysuits…and me in an argyle sweater, jeans, and Nike KDs.

My sister (also dressed normally) and I felt a little bit out of place at Biting the Apple; it was like we missed the memo on dressing up as a sexual fantasy (which, admittedly, may have been awkward to do at an event with your sibling). Next year, though, I’ll be more prepared. Now I just have to decide what color mesh shirt would flatter me most. 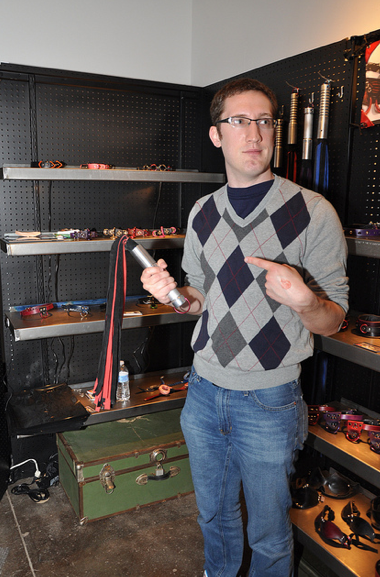