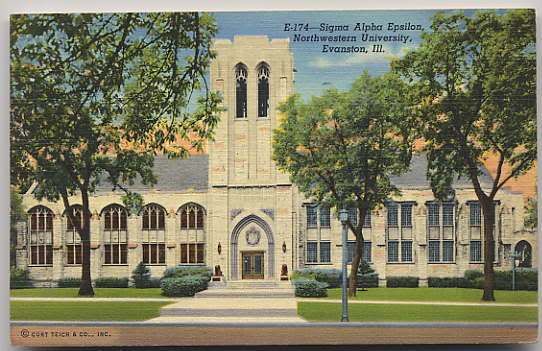 As the True Gentlemen of Sigma Alpha Epsilon’s University of Oklahoma chapter are hauling their things to their mom’s house and rewriting their resumes, I imagine at least some of them are working on their face saving spin. I’ve heard it before, so I know the words about as well as they knew their now infamous chant. “I’m not a racist! That’s not who I am! I like Black people, I listen to hip hop, I have Black friends! I don’t hate Black people!”

Even in the bad old days of Jim Crow you could find the arch segregationist who would chat amicably with Black folks from across the river, or the Daughter of Confederate Veterans who had nothing but nice things to say about her Black housekeeper.

If you talk to old Southern White people long enough, a lot of them will tell you family stories about the happy slaves at the old house, how they were loved like family and loved them in return, and how much happier everyone was before this Civil Rights business. After all, there have always been Good Black People, not like the Other Black People. I recently saw a comment on Facebook about how if the Civil War happened today, plenty of good, faithful, family oriented Black people would side with the Confederacy since slavery was over. Only the Thugs and Welfare Moochers would move north. I think they actually believed it.

It isn’t necessary to hate anyone to be a racist. The bar for entry to that club is much lower than SAE. All that is necessary is a lack of faith in human equality. That, in the end, is what so much of the noise about race boils down to. You won’t find many people who will own up to actually hating another group of people, although they certainly exist. You don’t have to scratch very far under the surface to find people who, while they don’t think of themselves as having any racial animus, either explicitly or implicitly don’t think that Black people are *entirely* as good as white people. Good, God loving people, sure. Good athletes, good actors, good musicians…but just not QUITE as smart, just not QUITE as law abiding, just not QUITE as equal.

For a lot of people in The South, Jim Crow wasn’t about how much they disliked Black people, it was about keeping them in their proper social position, away from impressionable White people who might be brought “down to their level,” which was the unfortunate condition of the rural White Trash they also disdained. You couldn’t trust Those People with a checkbook, how could you trust them with Democracy! Nothing personal, of course.

This is why racists hate social spending.(NOTE: Not everyone who hates social spending is a racist, some of them are wrong for other reasons.) “It will just be wasted, because you can only educate Those People so much.” “You give Those People a check, they’ll spend it yesterday.” “You give Those People a house or a neighborhood, they will just trash it.” Only by learning to quit complaining and get back to work will Those People be able to lift themselves up to a level close to what average White people enjoy. Close, but never QUITE equal. After all, since we are all given an equal shot in this country, why are Those People still so poorly off? It must be a Cultural Problem, which is a fun shorthand for Racial Defect.

This style of racism is everywhere; you are as likely to hear this reasoning in South Boston as you are in South Georgia. It’s a neat trick; you can take unequal material conditions that are rooted in racism and use them as a continuing justification for racism. It’s easier on the conscience and on the national pocketbook to assume that the problems of Black communities would be solved if only Black communities stopped having problems.

I am proud of how quickly OU moved to deal with this issue, and how quickly the Norman community made it clear that this would not be tolerated. The SAE house now says “TEAR IT DOWN” in large spray-painted letters, and I hope they do, if only because I enjoy seeing objectively terrible people lose things they value. Let’s not kid ourselves, though. This will be a minor setback for these kids.

I’m not one of the “BAN FRATERNITIES” people you encounter at every campus protest in Norman; if you want to spend an exorbitant amount of money to live in a fancy house with the shitty kids of your dad’s shitty friends, that’s your prerogative. This is America, and making questionable decisions for the sake of status is what we are all about.

What we should never lose sight of, however, is what the big name, big dollar frats and sororities represent. American Universities are, fundamentally, elitist institutions that propagate and maintain a culture of impunity for the most materially and socially privileged people in society. I don’t mean privileged in the current fashionable “racism without racists” academic jargon sense, I mean privileged in every sense. Disbanding SAE won’t change that, disbanding every frat won’t change that.

The idea of public Universities was to let common people access the sort of education and institutional access that had been reserved for the very wealthy. On the South Oval at OU, there is a statue of a farmer sowing seeds in a field. That man couldn’t afford OU today.

At our best, Oklahoma is a place for people with nowhere else to go, not a garden of Eden for the chosen few. Those kids on the bus aren’t us at our best, and the Oklahoma of my skull and heart has no place for them. To quote President Boren, I would be happy if they left.