Earlier today, Helen Grant wrote an excellent essay/rant about why she’s leaving Oklahoma for greener pastures. Reading it made me think about what is keeping me here.

First off, I don’t begrudge anyone for leaving. I get it. I’m from New Mexico originally, and whenever I’m there I get an uncanny feeling of rootedness and homecoming. I occasionally fantasize about picking up and moving back there. I don’t picture it really happening.

I stay because I look at the changes here just in the last few years, and I think the odds that it will keep improving are good. Oklahoma is growing and urbanizing. The local culture in OKC has tipped in a younger and more cosmopolitan direction, and culture is a leading indicator of politics (the people who vote are unfortunately not representative of the population as a whole.) The cities closest to us in population now are Nashville, Baltimore, Louisville, Portland, and Las Vegas. We may not be a Big League City, but we’re solidly in the ranks of AAA cities, and we’re starting to feel like it. That means we have to step up our game, and it’s heartening to see people working hard to do so.

Just looking at the major cities along the I-35 corridor, which I would submit as our closest cultural analogs, there are only one or two places I would actually want to live.
I haven’t been to San Antonio, but I haven’t heard rave reviews. Austin is run by white yuppies who care more about composting than homelessness. Dallas and Ft. Worth are the evil mirror universe version of Minneapolis and St. Paul, full of ultra rich assholes and absurd high end shopping malls. Wichita is even more provincial than OKC, although admittedly much more interesting than you would expect. Kansas City is the Detroit of the Plains, ultra segregated, violent, and generally falling apart. Des Moines is inoffensive but not impressive, like tofu or the music of Jewel. The Twin Cities are cool, but they have a nasty blizzard habit. I have been all over the US, and OKC is the best example of this sort of city. I understand that if you don’t like this sort of city, that’s small comfort.

I’m invested here, potentially to my eventual disappointment. There are plenty of things I dislike about this place, but I’m such a cynic that I can find the flaws in any person, place or thing. I think we get cut a lot of slack because people expect OKC to be awful when it is actually perfectly habitable. If OKC were a musician, it would be Tom Petty: not perfect, capable of hilariously ill conceived missteps, but earnest as hell and occasionally outstanding.

OKC isn’t for everyone, but nowhere really is. People actually live in Riverside CA and love it there, which is inconceivable to me. OKC is, on balance, good and getting better, and I like a good project. This is a big one. 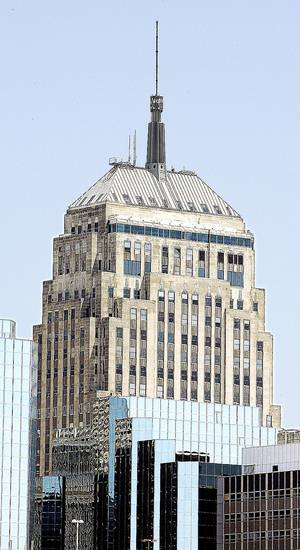