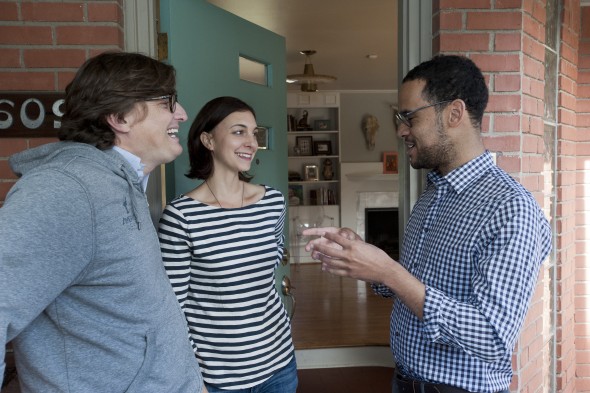 I heartily endorse James Cooper for city council. I don’t support him because he is my friend or because he bought advertising from us, although those are both fine qualifications for public office. I endorse him because OKC is moving forward, and this part of thse city needs to move forward with it.

As some of you may remember, I went all in for Ed Shadid in his first election. I liked the idea of a progressive firebrand on the council, and I hoped he would help spread the progress we had seen downtown into other parts of the city. Unfortunately, he hasn’t actually achieved much in his time on the council. Public forums are fine, but I like results, and I’m not sure Shadid can actually deliver them.

At this point, his relationship with the mayor and the rest of the council is so toxic that anything he proposes is a dead letter. Cooper is a better communicator and, crucially, has an actual plan beyond “vote no on everything.” James Cooper is a person who cares deeply about issues of justice and transparency, and we need someone in that seat who can actually deliver those things. If you want input on how a building is built, it’s more effective to be in the room when they design it than standing outside shouting at a brick wall.

If you know me at all, you know that public transit is something I care a lot about. I’m a regular bus rider and I have been a big proponent of rail transit. OKC had a better and more rational transit system in the 1920s than it does now, and I have a problem with that. The fact that Shadid opposes the proposed streetcar along with much of the rest of MAPS3 is baffling to me.

Some of his supporters have likened the MAPS plans to trickle down economics, but let’s call them what they are: massive public works projects. Since when is that the sort of thing progressives oppose? Why are we fighting so hard against the next phase of the most successful project in the city’s history? I am convinced that Cooper is absolutely sincere in his support for the streetcar and the rest of MAPS.

If elected, Cooper would be the youngest person on the council by a wide margin, and he represents better than any of the other council members the changing face of our city. People our age have grown up with the radical transformation of the 1990s and 2000s, and it’s hard for us to imagine the city any other way. The city has grown larger, more progressive, more diverse, more interesting, and more fun every year, and James will be an effective representative of the young people who have been so enthusiastic about being a part of that transformation. If you are passionate about the future of OKC and Ward 2, I urge you to vote James for OKC.