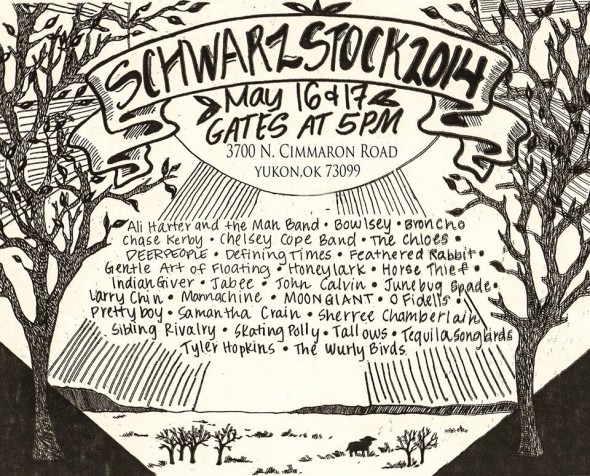 *EDIT* 5-14-14: Because the El Reno City Council decided to take the short-sighted road, this event has been moved back to its original Yukon location.

EDIT: EVENT WILL BE HELD AT 3700 N. Cimmaron Road., Yukon OK, 73099. A few ill-informed people in El Reno ruined it for Doug and Co. Additionally: Defining Times/Chase Kerby will not be playing because of a death in the family. (Thoughts with them) Pretty Boy a.k.a Jacob Abello is out. But Brother Gruesome is in. Boom. Line up problem solved. I’m not editing my playlist, so you should either look them up yourselves or go and be surprised.

Other notes before we jump into the spiel? Some of these bands made the list in a Paste Magazine for 10 Oklahoma Bands You Should Be Listening to Now. A fair number of my favorites are on this list. And they’re in the playlist I created for the event. Some of these bands have been on Daytrotter, NPR, and other music outlets. I’m just saying, if you love indie music, but you’ve never really hit up the local scene, you should give it consideration as this will be a concentration of some of Oklahoma’s best.Â

I’ve got my eye on several music festivals this year. But the next one coming up is called Schwarzstock. It’s out in El, Reno, Oklahoma (4901 Jenson Road W., El Reno, Oklahoma 73036) this weekend May 16-17th. You can win tickets by answering facts about the festival on 365 Things to do in OKC, okc.net, or watch the event page for it on Facebook, as event planner Doug Schwarz is doing clandestine ticket drops. If winning free tickets isn’t a goal for you, you can purchase tickets at Guestroom Records, Oklahoma Vintage Guitar Â or online. They’re $20 in advance, $30 at the gate.

TIP: Bring cash to Guestroom/Oklahoma Vintage Guitar just in case it shakes out that’s the way you have to buy them, and you’ll want to bring some to Schwarzstock, although I’m sure some vendors may have Square card readers. 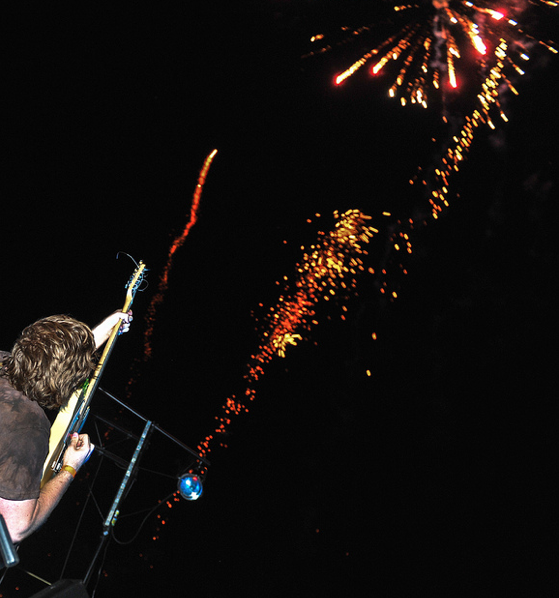 Not sure if there will be fireworks this year, but I sure as hell hope so. This was the scene when Horse Thief closed out the show in 2012. Photo cred: Dough Schwarz.

OKC.NET: We missed a year (2013) between Schwarzstocks, so what’s new and what’s the same?

We also have 6 comedians, as well as activities such as volleyball, a giant slip and slide, and I’m looking at getting our ponds stocked so people can sit back and fish if they’d like. 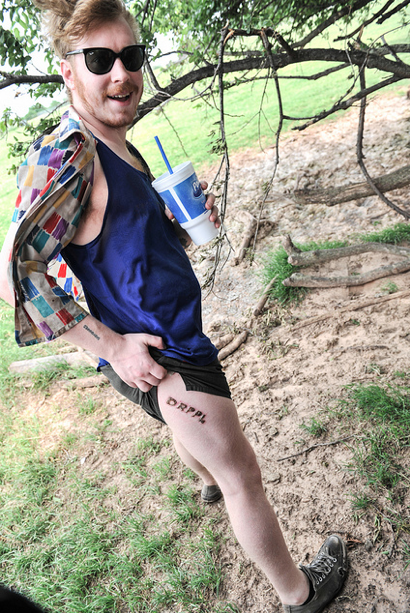 OKC.NET: Food trucks, you got some going out there, who’s on that line up?

Doug: Roxie’s Ice Cream Social, The Loaded Bowl, Frank’s Wurst so far! *Edit: Super Juice (an OKC juice truck will be there too.)

OKC.NET: There are going to be vendors this year, so who will be there?

OKC.NET: I saw you were doing some ticket drops, you still doing those?

Doug: Oh yeah, gonna do a couple this week. Look for geo-coordinates to drop soon.

OKC.NET: I know the year I went, I wasn’t sure what to expect camping site-wise, but I was very appreciative that you put some distance between camp sites and the stage. Since you’ve expanded this event into two days, what other changes should campers expect? And do you have a set up time and take down time? What’s not allowed, what’s allowed?

Doug: Distance is still the same, plus a lot more space for camping/parking. A lot of great little spots to set up a tent around the property.

We don’t have as much shade at this location though, so I’d bring a big umbrella or something to give yourself some shade, but the temperature is gonna be great according to the forecast!

Gates are at 5 PM, and we’re kicking everyone out Sunday at noon! Try to recycle if you can, no fires, no swimming in the ponds, no pets/animals! Also no glass bottles.

OKC.NET: How many people do you expect?

OKC.NET: Tell me about this Schwarzstock merch I’ve been seeing, how much are these going for? 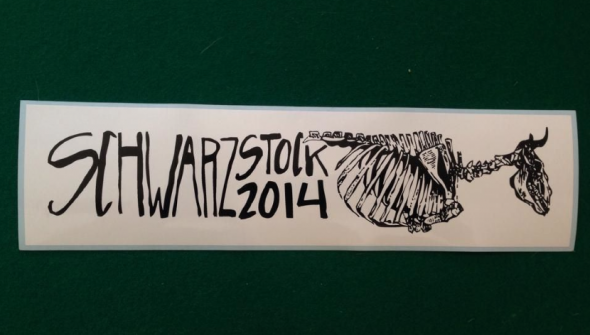 OKC.NET: What’s something I haven’t asked that you want people to know, like safety, what to pack, don’t wander off to where the bulls are kept, or whatever?

Doug: Don’t go into areas that you’re not supposed to go into. They’re marked for a reason or closed off for a reason. Please stay out of the wheat field, and be responsible if you’re going to smoke, don’t just throw your butts away. Put your cigarette out and dispose of it properly.

OKC.NET: Who are your sponsors?

Doug: We don’t have any financial sponsors as of this interview (5 days before the fest), so I would say the biggest “sponsor” has been the dwindling checking account of Doug Schwarz, but I will say that Lettering Express and Just an OK Art Show have been a huge, ginormous Godzilla sized help, Norman Music Festival just donated almost $1,000 worth of Redbull and Jose Cuervo for the bands, and Mustang gave us a bunch of beer for the bands, which is just wonderful. So grateful to everyone who has helped out and given to us. The Spy as always, Ferris is a walking miracle of a human being, as well as everyone who has had us on their radio shows to promote.

And Daniel Lapham, who is pretty incredible. He’s a newspaperman out in El Reno who lived in the Paseo for a long time, and he is trying to help El Reno establish an art base. The Downtown area in El Reno has a lot of potential. 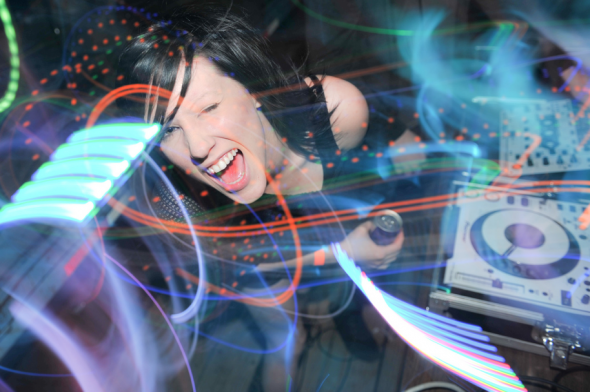 Crystal Vision closed down the party in 2012. Ya know, if you can dance till the sun comes up! Photo cred: Doug Schwarz.

OKC.NET: What’s one song you can’t get out of your head right now?

Doug: I don’t have just one, it’s never just one. It’s a weird mix that I usually end up cycling through while I’m driving.

So at the moment it’s Shanghai Girls by io echo, Holding On by Horse Thief, People 2: The Reckoning by Andrew Jackson Jihad, Momma Sed by Puscifer, and Shenzou by Steven Price from the Gravity original score.

Comedy on Friday NIGHT is on Samâ€™s Stage

Bonus: playlist of songs from artists who will be at Schwarzstock this year. We tried to find as many as we could on the platform. Fun fact: Cameron Neal (Horse Thief) plays cello in the first track from Limber Limbs (indie) and closes out the last track with another collaboration, only this time with Jabee (hip hop).