Juan Wauters’ solo album “N.A.P. North American Poetry” is full of wry, sometimes sardonic introspection. I remember gleaning that quickly from the opening verses in “Water.” The candor of the song caught me off guard and made me wonder, “Am I hearing right?”

Wauters, originally from Uruguay, immigrated to Queens in 2002. It’s not that his English is hard to understand at all, the real reason I was struck by the lyrics is that I’ve not heard a lot of candid introspection with most singer-songwriters recently. Artists tend to put a buffer around themselves with enigmatic lyrics, it’s a mindset that’s like, “sure, this song comes from some part of me, but is not really 100% about me or people in my life, it’s some character I’ve created for you, the listener.”

Even the ones who provocatively invite you into their sonic diaries, where all the songs are literally about some part of them, like Jenny Hval’s “Innocence is Kinky,” there are many still that keep a distance, as if you’re watching a movie about someone’s life rather than being invited to walk around in their shoes and live in their skin. So in that context, “Water” is like head trip into Wauters’ psyche. And what you find is an exploration into identity, expectation, and reality. 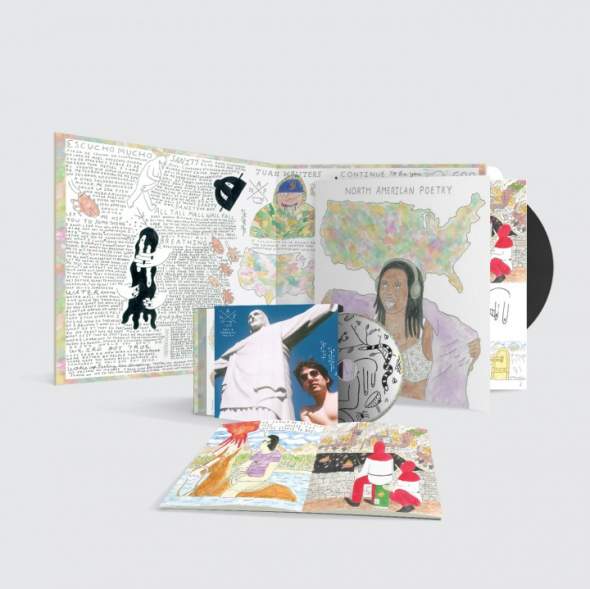 I feel “N.A.P. North American Poetry” navigates a world where identity is made more and more confusing with avatars that represent an aspect about “the you on screen” some part of the world is supposed to see. This is not explicitly said in the album itself, but think about your profile pictures, what do they say about you? How about your usernames on whatever random account or website you’re using? This is to say nothing of what it means to be an immigrant living in a huge melting pot like New York City. Even so, Wauters song writing frequently crosses the line between being wry and earnest. The result is that it’s often humorous, but it is not without its dark sides either.

Wauters sings in Spanish on “Escucho Mucho” and “Ay, Ay, Ay” of wants and desires as contrasted with the everyday realities. I’m hesitant to translate any verses as my Spanish is too rusty, but honestly, even if you didn’t understand the words, the songs would still feel familiar and comfortable. When I asked him about his influences, especially when he’s writing guitar music, Wauters said he’s into classic stuff from The Beatles and The Ramones and that a lot of chords he likes to use are ones The Beatles favored.

The other thing I enjoyed about “N.A.P. North American Poetry”Â  is that his word play is oddly unique. It might be too niche for some, but in a song like “Let Me Hip You To Something,” I think there’s a weird balance in being standoffish and silly. Native English speakers, if they can overcome their initial reaction to shout “Hey, that’s not how you say it! #Team’Merica”, will probably come to enjoy this aspect of the song and perhaps a few others like it on the album.

Wauters learned English from native and non-native speakers. But when learning English from the latter, he said you pick up strange ways of phrasing expressions and that sometimes it sounds funny enough to keep in a song because you realize it might be funny-sounding to others too.

If Wauters is a name that strikes you as strangely familiar, it might be because you’ve heard of his other group The Beets. They’re on hiatus. And while Wauters says they’ll record again, right now he’s preparing for his album’s release on February 4th. He’s also touring with label mate Mac DeMarco.Â  (It’s also worth noting DeMarco played Opolis early last year.)

When we spoke on the phone this past Thursday, Wauters had been walking through Brooklyn on his way to Captured Tracks headquarters/record store to prep for his release day. A space inside the record store will be set up with his desk from home. He said it will have a few other objects on it, much like an art installation, where people will be invited to buy his album or art prints. 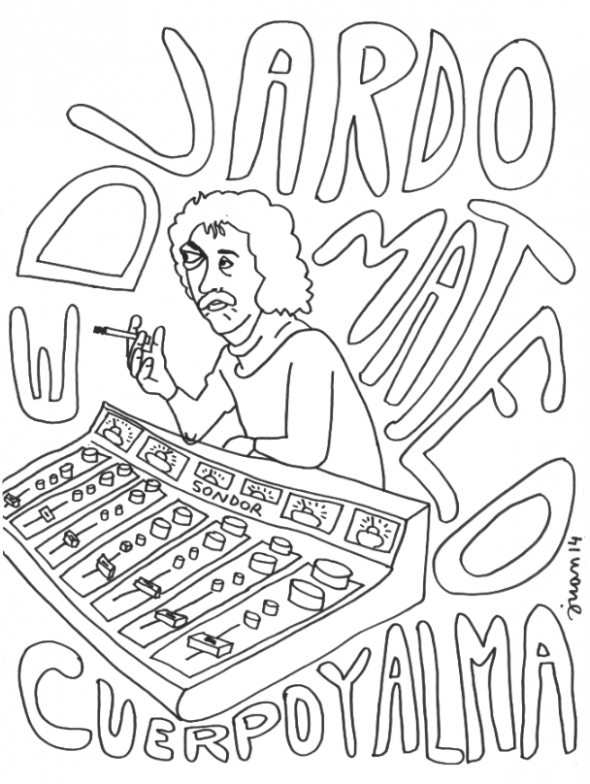 A sample of Wauter’s art that people can expect to see at his desk in Captured Track’s record store. He said he comes from a family of hard workers, and that producing drawings in addition to songs gives him a feeling of accomplishment.

If you’re not in Brooklyn, you should be able to get the “virtual” experience of browsing what he’s offering by shopping Captured Track’s online merch.Â  For instance, Matthew Volz who collaborated with Juan on his album art work, also has a comic book that’s being offered by the label. For those who follow such marriages of music and art, Volz’s comic is not as trippy as the one Wayne Coyne is working on or any collaborations you see with Oliver Hibert these days, but I found Volz’s art to be weird in a luchador meets pro wrestling sorta way.

Before I set up the interview, I knew I had to ask Wauters about “Let Me Hip You To Something” and “Water.” In my mind I imagined “Let Me Hip You To Something” was written in response to some dude being an asshole and harassing him about the way he speaks. I might have put a personal spin on it, since I’ve lived in and outside the United States and on occasion I’ve been harassed for not saying things the “right” way.

Turns out, Wauters often writes songs as though his having a conversation with himself. He said he does this to figure out something he’s trying to work through, like if he’s feeling depressed, then song writing is a way to explore that.Â  Although there is taking into account the reaction of others, and with the songs that feature Carmelle Safdie you’ll hear that in “Breathing” and “How Do They All Do?” Actually if there were a set of songs on the whole album that captured this way of being in the real or virtual world, it would be both “Breathing” (which references the glow of a electronic screen on faces, rather than the metaphorical glow of the soul you see in a person’s face when they’re alive and present) andÂ  “How Do They All Do?”, which is about friendships with real people.

Of his song writing Wauters said, “I always think about the reason I write songs, it is like creating an alternate reality for me and the person who is listening. It’s forever an endless activity.” 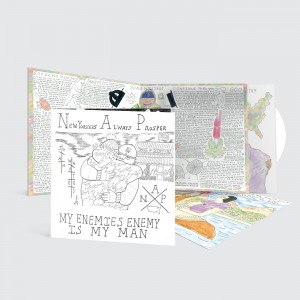 Speaking of reworking phrases: I’m going to leave off like Reading Rainbow Man, and say you don’t have to take my word for it. If you like “N.A.P. North American Poetry,” then you can order the limited-edition vinyl ($18.00) or wide-release vinyl or CDÂ  ($11.00) via Captured Tracks. You can also checkout Wauters music, art, and randomness on Instagram, Twitter, Facebook, his website, and Captured Tracks.

You may need to go to the Spotify player to hear all the tracks in this list.
2 comments to “Sound Exposure: Juan Wauters”