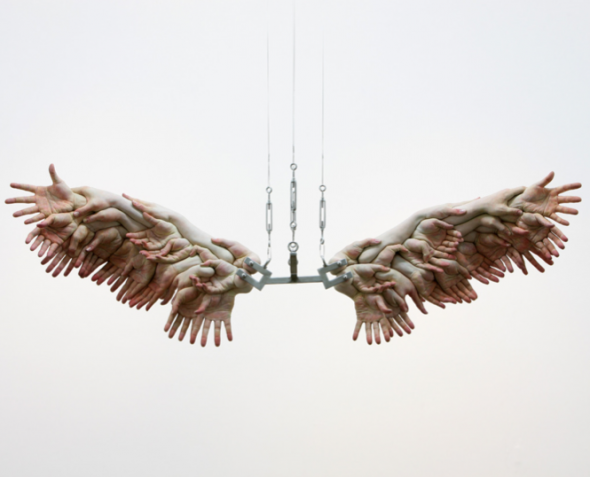 I am very thankful that Oklahoma City’s image is becoming one of more inclusion and diversity. I think it is a long time coming and the strives that have been made are yielding economic and cultural fruits. For the cost of living, Oklahoma City is an oasis that is beginning to offer the kinds of amenities that more established cities do. And at the forefront of all this growth are the demands for â€œmulticulturalism and diversity.” Soon there will be “multicultural” ice cream, stores that cater to “multicultural” tennis shoes and even a “multicultural” pet store that is sensitive to the needs of the community it serves. Clearly being inclusive is good for business, as evidenced by some of the more successful multinational U.S.-based corporations.

Indeed multicultural is the word of the day. It is becoming ingrained in our society and it’s the politically correct word buzzing around influential spheres more and more. While many organizations, business, and companies are waiving the flag of multiculturalism, there are still many that get all that flag waving confused with tokenism. Sadly it is as though using the words diversity and multiculturalism somehow exonerates certain â€œindividualsâ€ from actually having to practice it. And when it is practiced, it’s treated more like an obligation than the genuine spirit of inclusion. While it’s impossible to create a situation that celebrates everyone’s diversity at the same exact moment, it’s possible to acknowledge them without making it coincide on a particular day or month.

I can’t tell you how it used to bother me that I would get asked to organize â€œBlackâ€ art shows for February. Meanwhile, I wasn’t even on anyone’s radar the other 11 months of the year. In retrospect, I realized that it was more about others assuming I was more comfortable operating within my own culture. How is this a form of tokenism? Because they assumed I didn’t really wanted to be in the same social circles, although if they’d stepped out of their comfort zone and actually asked me what I thought about collaborating on future art projects, it would have felt less to me than an obligation on their part to be culturally sensitive. Even so, as I expressed interest in organizing art events regardless of racial or cultural background, that dynamic went away fast.

Unfortunately there are still entities that are not exactly sure how to get with this new concept of “multiculturalism.” They continue to make sure Latinos have an opportunity to participate during their acknowledgment on Cinco De Mayo, Blacks during Kwanza, Native American’s during Red Earth and Asians during Chinese New Year. Â The problem is, those groups exist and are ready to be a part of the bigger picture the other 11 months of the year. True multiculturalism celebrates not relegates. When relegation happens, instances of tokenism occur. There are those who feel that since they met their quota of inclusiveness, they have done their job. On the contrary, an ethical and moral mistake has been made. That mistake is the â€œgood enoughâ€ syndrome. Diversity isn’t a visual thing, it is also a mindset that one has to believe in for it to actually work. Involving a few white people in a traditionally black venue doesn’t make you multicultural and vice-versa. Do we have to make sure that every endeavor is a tapestry of color, each, and every time?

But there needs to be an environment where color isn’t an item to strike off the checklist, the group think needs to evolve to a place where inclusion happens naturally. We do not spend a lot of time talking about whether we have enough Catholics or Methodists in the work place and I would like to see race become immaterial in the final analysis. There are quality human beings from different backgrounds everywhere and all I am saying is, if you truly want to make your diversity agenda work naturally, then give all Oklahomans the opportunity. Go outside the box when reaching out to post a new position or opportunity. Don’t breath a sigh of relief now that you have that one black guy working for you. Instead ask yourself what took you so long to find him, and him you? That is the best place to start with truly creating a business that supports and benefits from multiculturalism. Refrain from using it as a buzz word and practice it instead.

When strides are made, that doesn’t mean the fight is over. It means progress towards victory have been made. Remember in business success perpetuates success.