I don’t own an E-reader. I have a toddler, so it doesn’t seem like a wise investment at this time.

I am, in short, the target audience for the documentary “Out of Print,” which screened at deadCENTER last Saturday. However, the film missed its target with me. When the other bibliophiles in the auditorium burst into spontaneous applause at the end of the film, I didn’t join them.

I didn’t dislike this film. It is well made and at times compelling. Through interviews with writers, publishers, book sellers, and others, it asks if the rise of digital publishing will change the way we read, and if so, will it be a good thing? The first one is easy enough to answer: of course it will. It already has. The second question, however, is more nuanced, although you wouldn’t know it from this film. From the very first moment, there is no doubt that the filmmakers are firmly in the â€œphysical books are bestâ€ camp. I have some sympathy for this position, but I don’t feel like they made their case beyond a reasonable doubt. Too often it appeals to nostalgia and technophobia, and occasionally it dips into â€œthose durn kids!â€ territory.

Based on the claims of this film, you could be forgiven for thinking that bookstores and libraries are doomed, writers are going to starve in the streets, and the Youth of America soon won’t be willing or able to read anything longer than 120 characters. You could have made this exact movie in 1999 about the record industry; in fact, I would be surprised if someone didn’t. I remember the dire predictions: no one will want to make music anymore, record labels will fold, every record store will go out of business, and we will be reduced to battling over bargain bin Slayer tapes in Mad Max style death matches.

None of this happened, of course. The music industry evolved, people still are able to make money as musicians, people still listen to music, the record stores we have are smaller, but immeasurably better. 15 years after the MP3 made music piracy easy, music is more available, cheaper, and the barriers to entry for artists are lower. The labels make less money, but they still exist and they still operate on a comfortable margin. The only people who have been irrecoverably harmed are the middlemen and label functionaries. 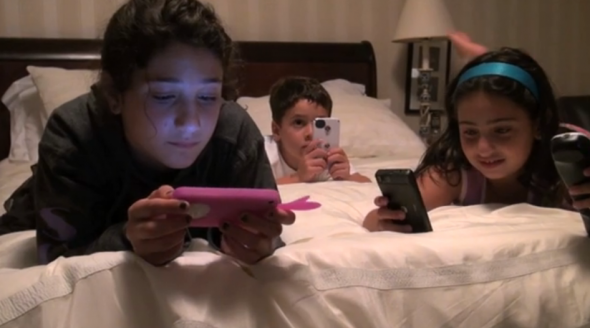 There is a similar conversation happening in every corner of the media landscape. The choice seems clear cut to me: adapt or die. This year there will be more mobile devices on the planet than people. To think that this wouldn’t impact the way that we do literally everything in our lives is naive. I will still buy physical books, just like I still buy vinyl records, but I also think it’s important to see nostalgia for what it is and not be too romantic about the days of yore. I miss Borders a little bit, but I wouldn’t trade Amazon for it.

I look forward to watching this film again after 3D printers become cheap and readily available; get ready to pay service workers more, folks. You still won’t be able to download a salad any time soon.