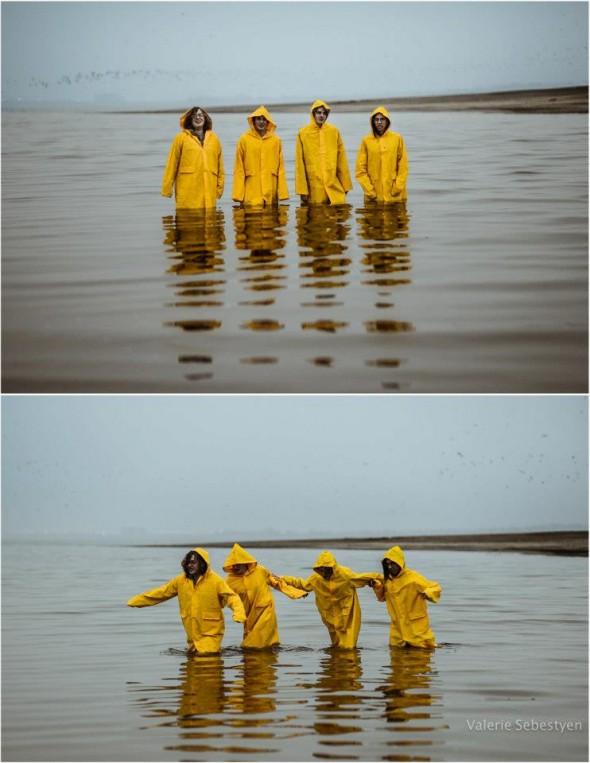 Here’s a riddle: what does a green VW van, local artspace The Society, European radio and Lake Hefner have in common?

Up-and-coming Oklahoma City band Tallows is gaining traction and going places, and these are just a few of the places they’ve been. Josh Hogsett, Richard Lindsey, Jay Sullivan and Adam Thornbrugh have put some miles behind them already in 2012 – a trend they hope to continue as this new year unfolds.

For a band that’s been together just shy of a year, the vision behind Tallows is one that’s been in the works for years. Hogsett and Lindsey attended high school and played in now-defunct band Coney Island together. Post-graduation, Lindsey attended ACM@UCO for guitar performance, where he was placed in a band with Sullivan.

“I was in the performance program at ACM@ACO and put into a band with Richard,” Sullivan said. “We realized we both loved all the same music and a few months later, he invited me over to jam with him and Josh. And thus, Tallows was born.”

Picking up Thornbrugh, a fellow ACM@UCO performance grad, the four quickly set to it.

“Our first show was at [2012’s] Norman Music Festival actually,” Hogsett said. “We played at the Red Room at like 1 in the morning. But we were pretty pleasantly surprised, because even with a late set time, we had a great turnout in the crowd.”

From there, Tallows picked up steam, writing and recording a demo (produced by Tyler Garcia, another student from ACM@UCO). Released in November, the demo quickly gained accolades not only from local music blogs, but from across the pond as well. Where did that come from, you ask?

“We don’t know, actually!” Hogsett said. “We put the demo up one day, and the next I was already getting emails from all these music blogs, people in radio, and everything.”

Sullivan says he’s as surprised as any of the others, but hopes to attribute this success where credit is due.

“I like to think the main cause for this publicity is our unique sound as a band, and I’m sure the fact that we’re from Oklahoma throws people off in a good way.”

This unexpected publicity led to spots on European radio, as well as solicitations from Mercedes Benz. From there, the four found themselves knee-deep in Lake Hefner at five a.m. one morning for a photo shoot.

“For this promotion, we were told we needed photos,” Hogsett said. The four enlisted local photographer Valerie Sebestyen for these, and the results? Judge for yourself, but Hogsett and Lindsey credited it as “definitely an interesting experience.”

“It was actually really fun, because it was like five a.m. and here we are knee-deep in the lake when it’s probably below freezing out,” Hogsett said. “So we would take some pictures, run back to the car to warm up for a few minutes, then we headed back out to take more in better lighting.”

“Yeah, but we also didn’t realize it would be so muddy,” Lindsey added. “The thing about the lake is, you step out and you sink into like, a foot’s worth of mud.” 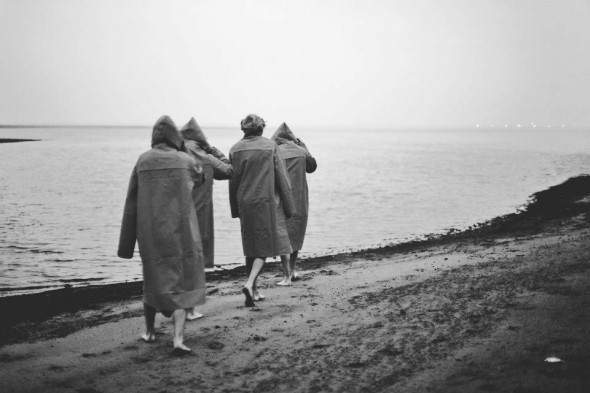 The four manage to write music consistently, as well as play a number of shows. They manage quite well, too. All four are in school full-time: Thornbrugh and Sullivan for music business at ACM@UCO, Lindsey and Hogsett at OU for psychology and architecture, respectively. In addition to that, Thornbrugh doubles as guitarist for math-rock outfit The Hitt Boyz, while Lindsey plays in local band Milk Jr.

“We always practice at least once a week for sure,” he said. “But what we’ll do when we’re writing a song is, I’ll work on something a little. Then I’ll send it to Josh, he’ll add to it and send it back. Once we’ve worked it out to a certain point, that’s when we bring everyone together and really get to work on it as a band.”

There are definite pros to this, and Hogsett said it’s about more than just saving time.

“We’re not really able to practice as much as other bands would, just because we’re all on different schedules,” he said. “But being able to work through our parts ourselves actually helps a lot, because sometimes it’s easier to work on something yourself and give yourself the time to work a sound out without having someone looking over your shoulder. We’re able to go in and get so much more done, this way.”

“Our sound is based on an organic band sound, but we layer samples on top to add what I think is the icing on the cake,” Sullivan said. “It’s got an upbeat feel that will make you shake your butt.”

At their Jan. 18 show at the Society, their sound got an entire garage full of people to do just that. With the opening bars of the crowd favorite “Soft Water,” people on both the upper deck and lower level of the garage erupted in whoops and claps. They’ve quickly gained a loyal audience with that and “Small Talk,” the first song they together. For a band that hasn’t quite hit their first birthday, it’s not unusual to look around at shows like that Friday’s and see half the audience singing along.

“We love that,” Hogsett said. “The crowd plays so much into how we play as a band. We always give so much, but if we can see our audience is really into it as well, we’re going to go even more all-out in our performance.”

They hope to expand upon this success as the year unfolds, currently working on a number of songs for a full-length album. For a sneak peek of what they’re working on, hit up their Jan. 26 show at the Conservatory with Prix Teen and Paperscissor. To tide you over until then, download their demo if you haven’t already here. In all their endeavors for the future, each hopes to keep one goal above all else, something Sullivan explained aptly like so:

“[As a part of Tallows], I hope to encourage and support my bandmates no matter what challenges we face in achieving our ultimate goal, which is to make music we truly love and that we can share with all our friends.”

Keep your eyes peeled, because this is a band to watch in 2013. And their adventure in the Fowler van is sure to be just the first of many for these four. 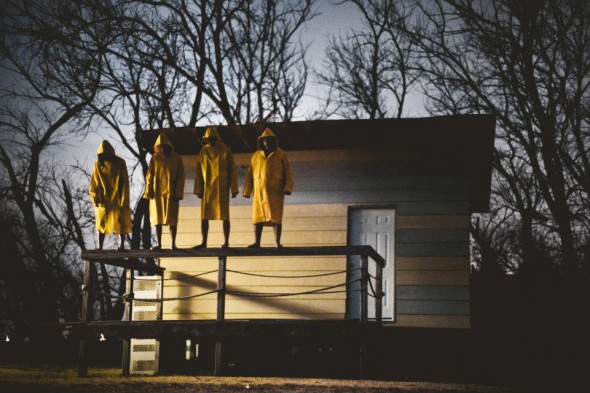 2 comments to “We Got The Beat: New Music From Tallows”