If you’re not familiar with James Nghiem, here is a brief primer: he created the Robot Saves City comedy label, not only does he do a lot of stand-up too, but he organizes comedy showcases in both Norman and Oklahoma City, and he is in a band called The Nghiems, which earlier this year won Pros Pick at the 5th Norman Music Festival for their video “Dum Dum Dah Dah.”Â  All said, James has a talent for organizing events, so on November 2nd at Downtown Sound (115 S. Crawford, Norman) he is putting on an art show called H-O-R-S-E.

OKC.NET: What inspired you to put on this show?

James: This art show is loosely inspired by the childrenâ€™s basketball game H-O-R-S-E. Itâ€™s not totally similar, but something I like about the game is that it forces players to take shots they wouldnâ€™t normally be comfortable taking. I know from experience, when working with creative things, artists sometimes tend to put a lot of pressure on themselves. This kind of pressure can be stifling. Itâ€™s like writerâ€™s block in broader sense. What the H-O-R-S-E art show is about, is removing that block. Itâ€™s about forcing artists to take shots they wouldnâ€™t normally take. 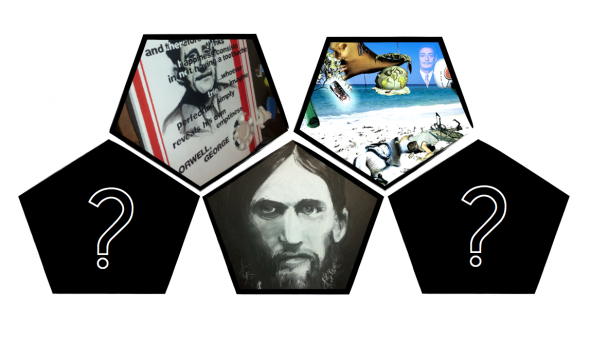 James says the “H” and “E” are mysteries as many of the artists are keeping their contributions under wraps. But we were able to obtain a few examples: “O” is for “Orwell,” “R” is for “Rasputin,” and “S” is for “Salvador Dali.”

OKC.NET: So why HORSE and not OCTOPUS or ROBOT or OCTOPUS ROBOT?

James: I guess it could be anything. I might go with Robot or Octopus if we do this again, depending on how it turns out.

OKC.NET: Is it a free show or is there a cover charge?

James: This is a totally free show. Itâ€™s BYOB [Bring Your Own Beverage] and going to be pretty chill.

OKC.NET: Will the art be for sale?

James: Some of the art will be for sale. It all depends on what the artist wants to do. My pieces are for sale, but I know some of the people participating are attached to their work too.

OKC.NET: Sounds like negotiations might be in order if you end up liking something that isn’t necessarily for sale. With that in mind: do artists keep their profit or does it go to charity?

James: This show, artists will probably keep their profits, although Downtown Sound may keep 20%. Maybe we’ll support a charity with the next one. This is the first Horse show, so weâ€™re kind of learning as we go.

OKC.NET: Describe the atmosphere you are going for: drinks and conversations or music and browsing?

James: This is an art show made by artists. So hopefully everyone will feel comfortable. Iâ€™m hoping for a very fun atmosphere where people can relax and appreciate each others’ work and company.

OKC.NET: Is anyone sponsoring the show, maybe the venue?

James: Downtown Sound is hosting us and Norman Arts Council said they would plug it. I am mostly trying to get artists that have roots in the city and Norman to come out of the woodwork and put on a show.

OKC.NET: Who is showing and how many pieces will there be?

James: Off the top of my head I know Zach Davidson is sending pieces from Indiana University. Mike Allen, a very talented graphic artist from Oklahoma, is contributing pieces. Iâ€™ve seen Keela Marquardtâ€™s pieces and they look really sick. Iâ€™m predicting around 10 artists contributing around 5 pieces apiece. So in an ideal world the number is a nice round 50.

James: There will be a variety of mediums at the show. I know thereâ€™s going to be acrylic paint. Iâ€™m doing digital art. Iâ€™m getting lithographs in the mail. Itâ€™s gonna be awesome.

OKC.NET: For someone who is not familiar with Downtown Sound, what can they expect and when does the show start?

James: Downtown Sound to me is a punk rock art gallery. The show starts at 8 p.m.

OKC.NET: What I haven’t I asked you that you feel is important to know?

James: I think you hit on most everything. I think events like this are important for Oklahomaâ€™s art culture. It keeps people on their toes and brings talented artists who mightâ€™ve been inactive back into the fold. Also, itâ€™s not too heavy. Thereâ€™s not a ton of pressure on anybody.

OKC.NET: Just for fun finish this line: “A Robot Octopus and a Horse walk into a bar….”

OKC.NET: Well now I wish I’d written: “A Robot Octopus mounted on one of the four horses of the Apocalypse rides into a bar….”

(Editor’s Note: You can see the full artist roster on the “H-O-R-S-E: An Art Show” FB event page.) 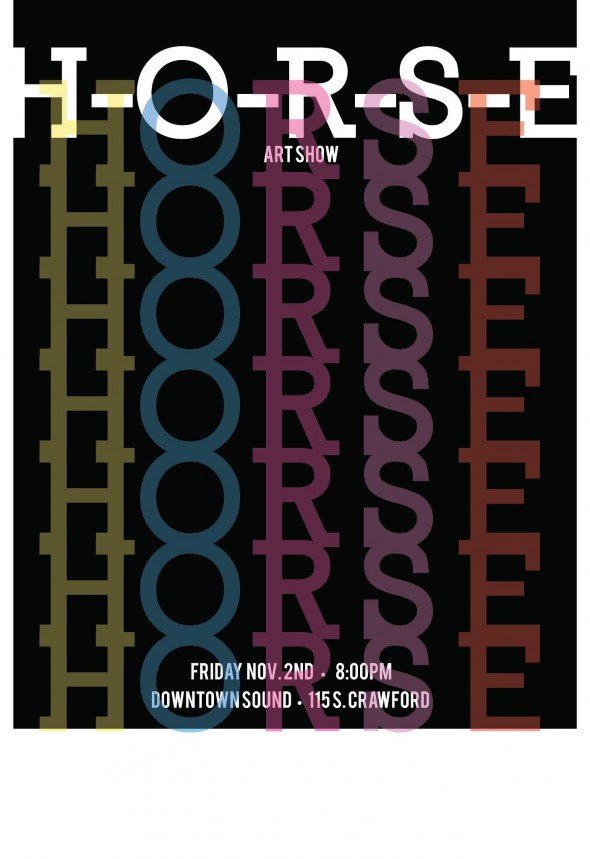 Check out this show and if you see something you like: go buy some H-O-R-S-E art!