When last OKC.NET covered Jalisa Haggins, she had just opened a show at Urban Roots Gallery.Â  We were intrigued by her concept so we decided to interview her to get a better understanding of her art.

OKC.NET: Tell me about yourself and what influences your art.

Haggins: My name is Jalisa Doniea Haggins. I am an art major with an emphasis in Media at The University of Oklahoma. My art is influenced by preconceived assumptions people have for other races, genders, ethnic groups, and the like. When I make my art I deliberately try to perpetuate these assumptions in a ridiculous and absurd way so as to humorously allow people to look at my work. I want them to ask why this assumption even exists in the first place and then question the root of it.

OKC.NET: What was the concept behind the Strange Fruit exhibition?

Haggins: At the Strange Fruit exhibition, I had a photo series called â€œSistahs.” The concept behind it was to examine the archetypes associated with black women. I am portraying all 5 of the different black women and I am commenting on how they are very different but somehow still perceived as one in the same. So by perpetuating the archetypes Iâ€™m, in a way, encouraging the idea of that this is all they can be.

OKC.NET: What did you hope to convey through your video?

Haggins: The two videos I have presented are very different, but are both of the same nature in imitation and how we perceive people and situations upon first impression. 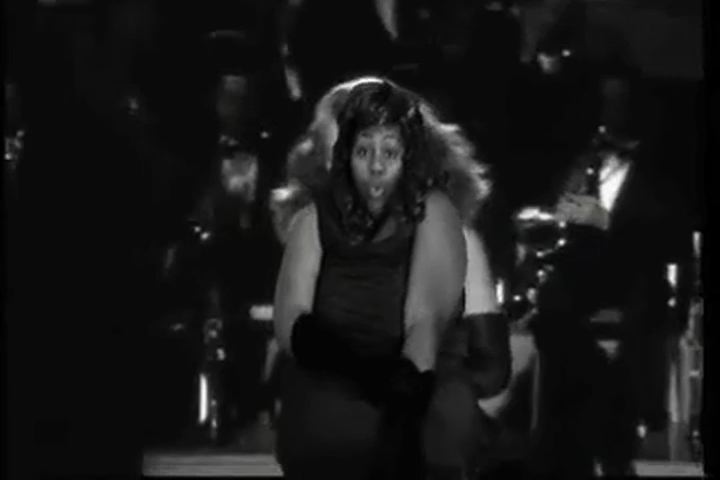 Jalisa Haggins edits herself into a movie to make a point about race imitating race.

I also performed a second video where I recited a speech written by Sojourner Truth as spoken by Alfred Woodard. I chose to do this because I find women of different generations have a different understanding and interpretation of the message.

OKC.NET:Â Compared to the rest of the country, do you think OKC is better or worse when it comes to issues of race?

Haggins: I honestly cannot say. OKC is the only place Iâ€™ve ever experienced issues with race. Hearing things on the news and reading stories, it seems to me that other parts of the country may be worse. But I think it only seems that way because its on the news. I do think Oklahoma has a lot of racial problems which are often overlooked, and because of that they are never allowed to fully broaden the overall perspective.

OKC.NET:Â What was the concept behind word cards linked by strings, for instance, did you randomly connect the threads, or when you were assembling it, did specific words link together in your mind from a past experience, story, or stereotype?

Haggins: The concept behind â€œRace Cardâ€ is that is a mingled, tangled web of race being used as the underlying cause of many racial tensions still felt today. Some of the topics are serious cases of race being an issue, especially in regards to employment, access to health care, and so on. But when these ideas are tied to other topics, like partying and clothing, there is a magnitude of importance that is leads the viewer away from the more serious issues, which emulates how I feel race is used in todayâ€™s world. The race card is so quick to be used that when it is applied to something important, it is taken less seriously because of all of the other useless times it has been invoked. Overall, the cards are linked together in no specific order as the goal is to highlight this random use of the race card.

OKC.NET:Â In retrospect, did you see other connections after the piece was finished?

Haggins: I did. As you go from one topic to another, they all seem to relate to each other in terms of daily life. Everyone has to deal with clothing, partying, health problems, and education at some point in their life. So, in retrospect, I think the piece became more about everybody dealing with the different subjects and concentrating on the people who make it about race.

OKC.NET:Â How did you make your videos and was it a time intensive process?

Haggins: Both took time in the sense I had to practice the performances over and over to get them to fit the music and the words before I filmed them. I had to perform them in small increments, so really the performances were the most intensive part of the process. The first video required the use of a green screen. I practiced and performed the same routine Rita Hayworth did in front of a green cloth. Then I edited myself in and color corrected the footage to implement myself into the scene. Then I synched the song to the movement of my lips.

OKC.NET:Â  What haven’t I asked that you feel is important that people know about the Strange Fruit exhibit?

Haggins: I donâ€™t think it is necessarily important, but I think I would throw this in: as an individual, separate from my art I am a very non-political, non-civil rights, non-racial, non-anything type of person. I donâ€™t like talking about racism, prejudice, and anything of that nature, it makes me super uncomfortable. But through my art that is the main source of my material, I think it just comes out. I think it is a subconscious form of expression.