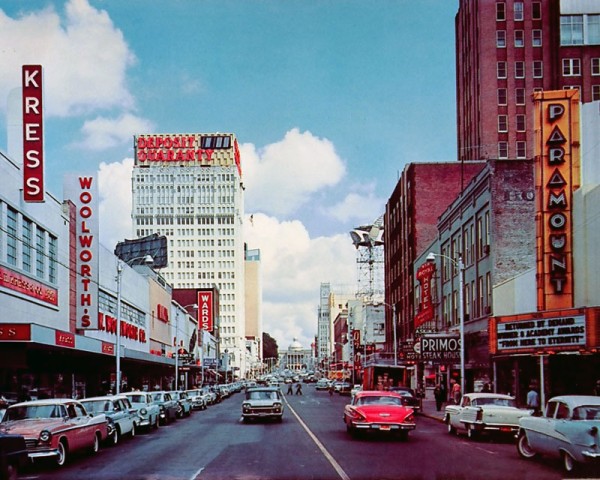 From 1956 on, the state of Mississippi operated a de-facto intelligence agency, the Sovereignty Commission.Â  The purpose of this was to spy on people involved in the civil rights movement.

My great grandparents, Florence and Harry Newman, lived in Jackson. Harry was a native of Tulsa, Florence was from Wisconsin, but got her MA in psychology at University of Tulsa. They were involved in the oil industry, and they were Unitarians, like I was growing up.

Out of curiosity, I entered their names in the database of Sovereignty Commission files.

Family lore had it that they worked in the Civil Rights movement. My great-grandfather wasÂ  shot at, their church was vandalised by the KKK. As a history major, I was skeptical of these family claims; the number of people in the South who claim to have been “down with the struggle” dwarfs the number who were actually involved. I presumed, perhaps to avoid disappointment, that they were, at most, interested observers.

I searched for the surname “Newman.” Both of them had files. If anything, Florence was more involved than Harry.

Here’s the email I sent my dad:

You paid for the historical research class I took, here’s the first tangible return…

Here’s what I’ve been able to dig up from the MS state archives ( http://mdah.state.ms.us/arrec/digital_archives/sovcom/index.php ) and elsewhere:

Harry and Florence were associates of Bill Higgs, the Jackson lawyer in exile who drafted much of the Civil Rights bill.( http://www.thecrimson.com/article/1964/3/4/bill-higgs-peight-years-ago-mississipian/ )
They volunteered to help with civil rights actions in Jackson, which is probably why they were under surveillance. Also, Florence was a board member of the Medgar Evers Neighborhood Guild, a bi-racial community center used for training civil rights workers.
( http://newspaperarchive.com/bennington-banner/1965-07-12/page-5 and http://mscivilrightsproject.org/index.php?option=com_content&view=article&id=498:medgar-evers-neighborhood-guild-community-center&catid=295:organization&Itemid=33 )

From what I’ve read so far, a good number of the white folks in MS who were involved in Civil Rights were in the oil business, which makes sense since most of them were not native southerners.

I’ll keep digging; some of these records are still sealed, but I haven’t even started to look at the COINTELPRO files yet…the FBI was as involved, if not moreso, than the government of Mississippi in spying on the civil rights movement. “

The first thing I felt upon uncovering this information was pride;Â  to have done the right thing in that time and place was difficult, if not nigh impossible. I remembered the story that my great-grandfather and his brother were put out on the streets of Tulsa by their drunk father to provide for the family at a young age, I wondered what impact that made on him and his later commitment to justice.Â  He was old enough to have seen the Tulsa Race Riot as a child; what impact would that have on a young mind? My great-grandmother is a fascinating woman as well; a professor of psychology in the famously regressive South at a time when women were only a couple of decades past gaining the franchise, a native of notoriously (even then) left leaning Madison, Wisconsin. Why stay in a place where their friends were getting death threats? Why stay and be shot at?

The second thing I felt was shame.

I haven’t done anything. These two people, my relatives, fought the good fight, pushed for something difficult, made no excuses, lived with the consequences of their actions. These were people who lived their ideals.

We were mostly joking. Mostly.

I have done nothing but benefit from the system of white supremacy that is the norm in America. True, Helen is a WOC (woman of color, for those of you who don’t have liberal arts degrees), but I only brought her into this operation because she was already doing half of the work and kicking lots of ass, not because I sought to advance any social agenda.

I can hear the conservatives in the audience (both of you) shaking their heads.Â  Isn’t that how it should be, in a perfect world? Meritocracy!

Yeah, sure. But we don’t live in a perfect world. Our staff is still too rich, too white, too male.Â  If you only support the people who already have resources and options and education, you will get the same people, the same families, over and over again. The discovery of oil in Oklahoma was a moment when poor people found themselves with money. Poor people like Harry Newman. Not all of them forgot what it meant to be poor.

If the world is going to be closer to the utopia I know it can be, if humanity is ever going to live up to our potential, we need brave people who are willing to lay down their lives and property to make it happen.

Whatever I’m doing, I could do more. Anything short of being shot at is a failure.

In the words of Billy Bragg, “You’ve got a blacklist, I want to be on it.”