Just because everyone can, does that mean everyone should?

The good folks at [Artspace] at Untitled think so, and want to show others why with “Cell Phones in Summer,” an exhibit composed entirely of submissions from around the world that were taken with a camera phone, although a great majority do come from Oklahoma too.Â  The idea for the theme arose because the gallery planned to open this exhibition at the start of summer.

Executive Director Jon Burris said, “We thought by introducing a theme it might bring more focus to the question of how the use of a cell phone camera is effecting the aesthetic of photography, i.e. if there is a subject, will the ‘image makers’ (as we prefer to call them) actually use the phone cameras as they would regular cameras? Are phone cameras as acceptable as any other types of cameras?”

Perhaps. Although purists may remain unconvinced, it is clear that the use of cell phone cameras is on the rise. Have you seen that meme for “Shit Instagramers Say?” There’s a revealing moment in the parody when a set of photographers ask each other if they should bring their DSLRs with them before leaving their professional cameras on the table; opting to use their cell phones instead.

According to [Artspace] at Untitled’s introductory statement, a recent photo industry survey found that teenagers use their phones for 54% of the photographs they make â€“ in a world where photos increasingly end up on Facebook, Instagram, and Picasa â€“ among the total population it was 51% digital cameras to 42% camera phones. The cell phone camera has reached iconic status. Interestingly we are beginning to see images in print identified as â€œiPhoneâ€ photographs whereby in the past, there would never have been a designation of â€œNikonâ€ photographs or â€œCanonâ€ photographs.

Boasting more than 50 million users, Instagram is a popular choice for these submissions, allowing its users to not only quickly snap photos, but edit them with different filters as well. Once exclusive to the iPhone, the app has now been extended to Android users as well. But when it comes to other apps, Burris said he liked those who used the SX70 format app because it echoed the original use of that camera for instant grabshots/snapshots.

One of the participants in this year’s show is Mark Zimmerman, a photographer who also serves as a photography instructor at the University of Central Oklahoma. His submission? A sunset in Norman. 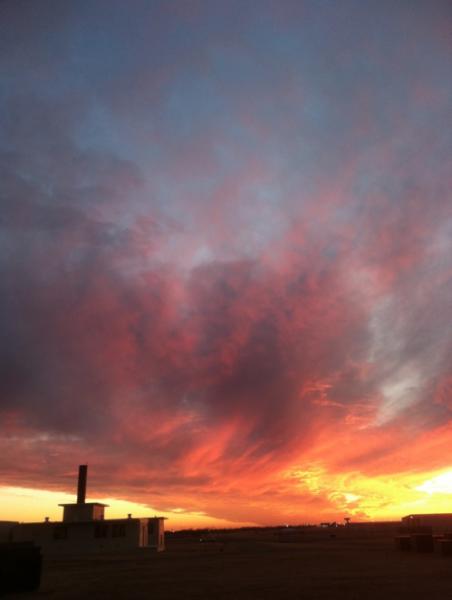 With the rise of phone-based technologies in photography, will there ever be a day when photography students take classes like “Basics of Instagram,” or rely exclusively on these camera phone apps in their work?

Don’t get your hopes up. It might be a great entry point for people without digital or traditional cameras, but Zimmerman for one doesn’t think it will replace traditional methods entirely.

“For consumers and professionals I don’t believe we’ll ever see the ‘old’ types of cameras go away,” he said. “Camera phones are great for on-the-fly snapshots, but will never replace the quality and the need for higher-end digital and film cameras.”

So, does Zimmerman ever see students submit work in his photography classes taken with a camera phone?

“I don’t,” he said. “The quality is not even close to matching what we get with digital or film.”

He encourages the use of camera phones, though, just not in his class.

“I encourage them to pick up any camera to document life outside of class,” he said. “They should always be making images, and the camera phone is just one tool that can help them do that.”

So next time you see the “perfect sunrise” during your morning commute, grab your phone and snap a shot in the parking lot. Your Instagram photo of today could be one of those chosen next time. And who knows, you might even sell a print for your efforts.

[Artspace] at Untitled is located at 1 NE 3rd st in Oklahoma City. Burris said all of the prints are for sale and there will be numerous copies available on a checklist of prices for the prints. They can be purchased framed or unframed. The average price of a print is $100 and the frames are $50 extra. 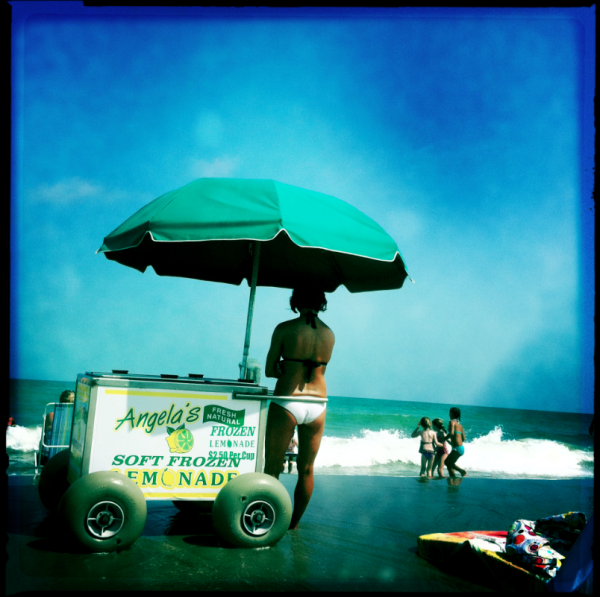