Do you have an appetite for destruction? If the answer is yes, then make sure you dig out out your Poison andÂ MotÃ¶rhead t-shirts, pack up a cooler and your camping gear, and hit the one of the largest outdoor hard rock festivals in the country. It’s a long way to the top of the state if you want to rock and roll, because the festival is in Pryor, but it’s worth the trip on the Highway to Hell. Rocklahoma 2012 features a murderer’s row of serious rock acts including Slash, Rob Zombie, Chickenfoot, Chevelle, Queensryche, and Megadeth. All this is taking place on four stages located around the venue. Make sure you’re not breaking the law, though, because then you’ve got another thing coming.

The three-day celebration of all things rocking starts today, but it’s not too late to catch some smoking guitar and the din of battle. Slash and Creed headline tonight on the mainstage, and it only gets better from there, so pick up your tickets, because it’s nothing but a good time at Rocklahoma 2012. 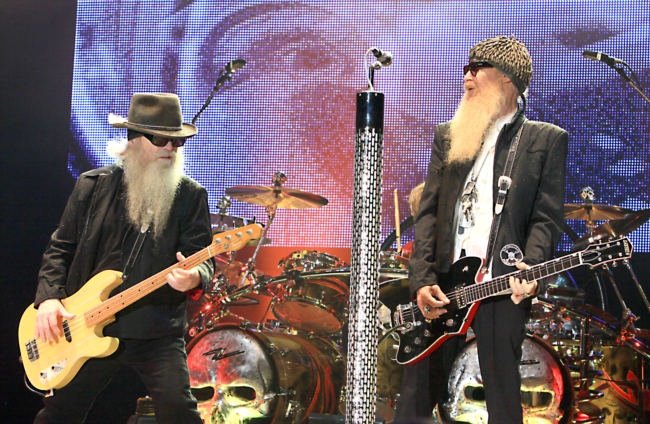 The Sharp-Dressed Men themselves onstage at Rocklahoma 2010.

One comment to “For Those About to Rock, We Salute You: Rocklahoma 2012”