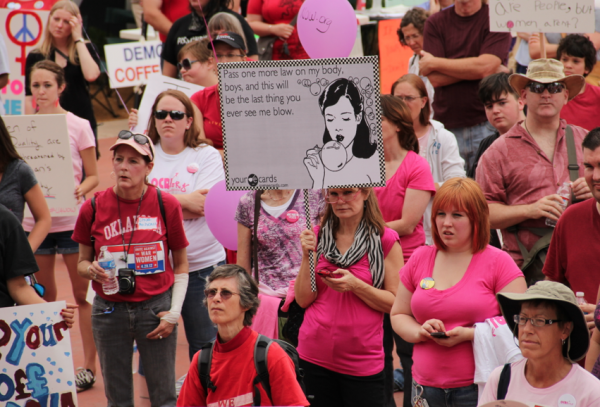 Clearly this War on Women blows.

I went to the National March Against The War On Women held at the State Capitol’s north lawn this past weekend on April 28th. To be honest, I wasn’t sure what to expect given recent developments. If you weren’t aware, prior to the protest at the state Capitol, the Oklahoma Personhood bill was languishing in the House. A flurry of e-mails and Internet activity called on all and any available bodies to appear clad in pink for a silent protest at the gallery as the House of Representatives voted on amendments before voting on the final version of the bill. The vote kept getting delayed, to the point where no one was sure if it would be heard before the deadline. House Speaker Kris Steele eventually shelved the legislation. The Personhood bill’s authors and sponsors did a few back-door legal maneuvers to try to rescue the soon-to-be aborted measure, but in the end they couldn’t muster the necessary number of votes to override the rules and bring the bill to a vote. Meanwhile, a parallel effort to get Personhood legislation on the ballot in November was met with an epic head-desk from the Oklahoma State Supreme Court, who called the act “clearly unconstitutional” and struck it down. Most of us in the pro-choice camp are not used to winning these battles, especially here in Oklahoma. Is it possible that our representatives heard us on this issue? It seems almost too good to be true.

Speaking as a non-native Oklahoman and an independent observer of Oklahoma politics, I have rarely if ever seen so many progressive Oklahomans so mobilized to defeat a piece of legislation. Something seems to have changed in the past couple of years, and the spirit of passive accommodation and adaptation on the left has been replaced with a spirit of confident, can-do vigor. If it weren’t for this victory and a few other high profile wins, I would think it was a completely unrealistic attitude. Now I’m not so sure.

We celebrate this victory, but we should remain vigilant. If there is a “War on Women,” then this decision by the Oklahoma Supreme Court is a victory in a single battle. The war, as stated by multiple women speaking at the protest on Saturday, is not over. But then again, is it really a war?

I think it is. This is not the first piece of radical legislation aimed at controlling the reproductive lives of Oklahoma women, and it would be dangerously naive to think it will be the last. Even in this session we saw a very wrong-headed piece of legislation passed and signed: the so called “fetal heartbeat” bill. As originally proposed, this bill would have required women to listen to the heartbeat of a fetus prior to an abortion; the version passed only requires providers to offer this “service”.Â  Even in its watered down form, this bill is cynical and manipulative in in its efforts to dissuade women from what is, after all, a completely legal medical procedure. It is, however, heartening to see that sometimes, when enough people work hard enough, we can win one. 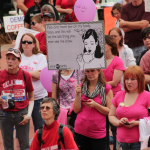 Clearly this war on women blows. 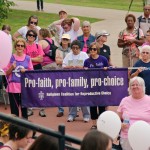 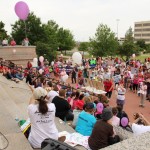 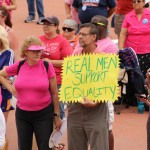 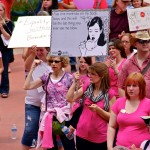 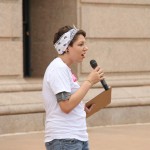 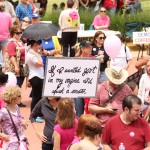 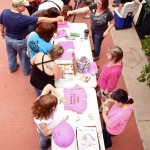 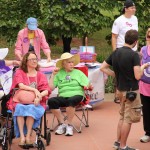 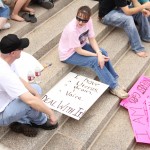 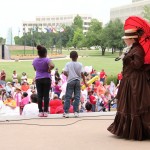