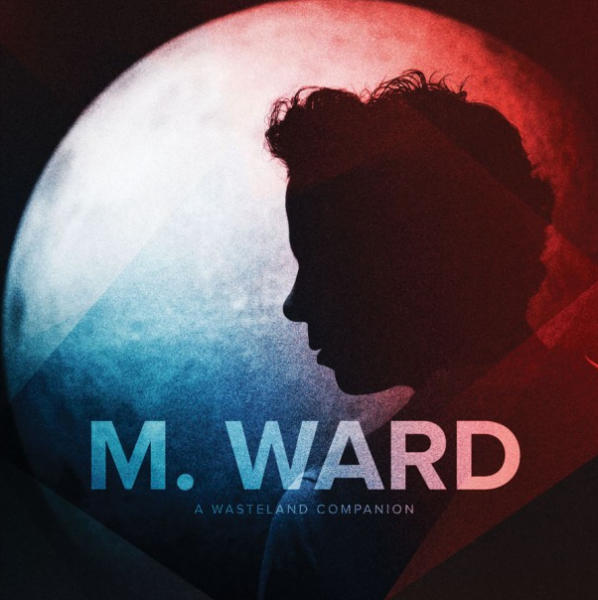 When I first listened to “A Wasteland Companion” last week, I wasn’t sure that I liked it. Something about it felt off and it took me a while to get to the second half. But since I do enjoy the majority of what M.Ward has released (be it on his own, notably: “Post-War,” “Hold Time,” and “Transfiguration of St. Vincent”, or as the other half of She & Him or one fourth of Monsters of Folk), I decided that I would give myself several listens before completely writing this album off as bland.Â  That said, “A Wasteland Companion” is a slow burn. Honestly, upon the very first listen none of the tracks really stood out for me with exception of a couple that were heavy on reverb and rife with subversive lyrics. Maybe I’m jaded, but the tracks with Zooey Deschanel made me want to roll my eyes. In fairness it has much to do with the lyrics Deschanel sings, like on “Sweetheart,” (“Everyone I know must be jealous that they don’t have a love such as I”) more than the musicianship. Despite the lyrics, “Sweetheart”Â  is plenty catchy and brings to mind jukeboxes and dancing.

And that’s OK, I suppose.

After a second listen with “A Wasteland Companion,” I was reminded of the all the other reasons I like M. Ward. The man knows how to work subtlety to his advantage. One song that I enjoyed for its keen lyrical content is called “Clean Slate.” It has a sort of weary wisdom imbued within it.

cause only I have to wait a little while before I get my clean slate.”

I can get with that idea.

From there I could easily skip “Primitive Girl” and “Sweetheart.” Although they do make sense within the context of the album, they lack the lyrical depth that I’ve come to expect from M. Ward. But if I had to listen to those songs to get songs like “Me and My Shadow,” so be it. “Me and My Shadow” is one of my favorites on “A Wasteland Companion.” I love the reverb: it is delicious ear candy. Lyrically it’s self deprecating, layered, and dark.Â  Clearly “Me and My Shadow” provides the set up for “Watch the Show,” which is just as drenched in reverb and all about delivering a beautifully dark echo. Quite frankly, it might be my absolute favorite track.

The other songs are enjoyable enough. The title track, “A Wasteland Companion,” which comes before “Watch the Show,” begins breezy and light before it trails off on a somewhat ominous string arrangement only to pick back up with the sounds of a crowd in the background while a contemplative Spanish guitar plays in the foreground before ending once more on those dark and pensive strings.

There’s a lot of poetry on this album too. I didn’t really appreciate “Crawl After You” until the second listen, mostly because my mind had been preoccupied with trying to identify a bare bones version of a classical string arrangement found on this track. Think of something like Bach, but with a touch of prairie hootenanny.Â  Maybe that hint of the familiar is just what Ward was after considering the nature of this song. That said, the lyrics take on an enchanting quality when it comes to the son of a whirlwind romance looking for his parents.

“I was raised by a tribe of Vegas cowboys

And when I came of age well I sailed away

A pine cone on the Rio Grande

Now I gotta crawl after you

Lest I be called a “love” hater because I found certain tracks to be more annoying than others, I did very much appreciate the song “I Get Ideas.” I swore I wouldn’t write an early 2000s style Pitchfork review, where I proceed to tell you all about what was going on in my life and how the album echoed whatever the hell it was I did that week rather than rating it on the strength of it’s content…but…for reasons that are personal this song reminds me of my husband. It’s the sort of song that bewitches you into day dreaming about the one you hold nearest and dearest. It’s also got a wonderful rhythm for dancing should you convince your significant other that your living room is in fact an old-timey dance hall. To that end, I really enjoyed “Pure Joy.” It’s more sweetness and softer imagery than “I Get Ideas,” but musically it’s far more laid back. Think: laying together in a hammock by a sparkling sea or by the Rio Grande and watching the clouds roll by, it’s that kind of joy.

All said, “A Wasteland Companion” is very nicely arranged. The themes from song-to-song flow in a logical order as other layered elements, found in tracks like “Me and My Shadow” and “Watch the Show,” weave themselves in and out of the story that’s being told.

Check out the album for yourself at npr.org’s First Listen.