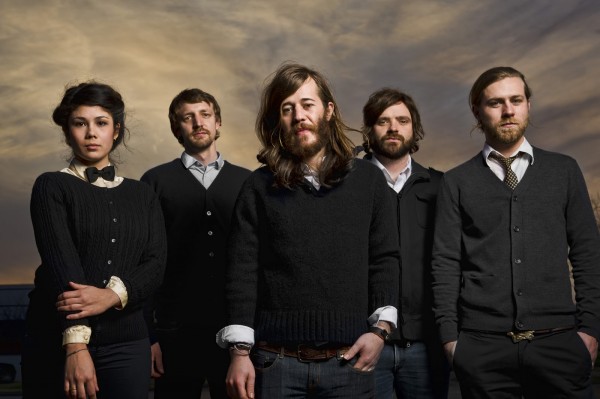 They’ve been on the road opening for Radiohead, but soon enough they’ll be making a trip to Norman.

Who? Other Lives of course. They are one of many bands coming for Norman Music Festival later this month.

Maybe You’ve Heard of Them

The latest local band to make the jump from dive bar favorites to international acclaim, this indie-folk-rock group from Stillwater have had quite a few breaks in the business. They’ve had songs featured on the television shows Ugly Betty, Grey’s Anatomy and One Tree Hill. They’ve opened for Bon Iver and traveled the world playing their sweet, sweet melodies.

Old Statues by Other Lives

They have a sound that is broad and orchestral without feeling heavy or dense. Guitars and drums lead the sound without dominating them. Retro keys and organ create a mellow environment for lead singer Jesse Tabish to do all sorts of delicious experiments. This comes out strong in the self-harmonizing used in their most recent album “Tamer Animals,” most notably on the track “Weather.”

Artists Coming Into Their Own

The video for “For 12” is marvelous. Up until watching it, I’d kind of just pictured the song being the sort of mellow ballad that would play over a winsome cowboy horse riding montage. The video comes remarkably close to that vision, except that it’s a cosmic space cowboy.

If I ever find myself exploring the lonely dunes of Mars, I know what I’ll have on my iPod.

If you’re looking to familiarize yourself with the music of Other Lives before you see them later this month, a good place to start is with their most recent album “Tamer Animals.”

While the album does have several singles that are great places to start, “Tamer Animals” is one of those albums best enjoyed listening start to finish.

I first discovered Other Lives during the winter months and was almost content to write it off as winter music- shades of Bon Iver, Sea Wolf, Matt Pond PA and anything else that is downtempo, folkish and mellow. I’m now discovering that Other Lives is more complicated than that.

Besides, songs like “Desert” lead the album on a path I would much rather travel on a summer evening than the depths of a snowy December.

Desert by Other Lives

I can’t help shake the idea in my head that lead singer Jesse Tabish looks like he could be a member of Ned Stark‘s family from Game of Thrones. The one thing that House Stark could use if “winter is coming” is a good bard, but the current affairs of Westros are neither here nor there.

So here’s hoping that the crowd in Norman makes Other Lives feel at home. For good measure, how about we keep the Boomer Sooner chantsÂ to a minimum?

Other Lives are just one of many fantastic acts you shouldn’t miss at NMF this year. For more details, including how to get VIP tickets, visit the NMF website and also stick with OKC.NET for our continuing coverage.