Anyone who ever felt weirdly compelled to watch Frank Underwood with repulsive awe: I have news for you. Season two’s “House of Cards” is going to deal you that feeling spades. Spades to the head, spades to the heart. Your soul, what’s left of it, will ache from soaking in the inky darkness as lives are signed away, yet you won’t be able to stop watching the orchestrated train wrecks. From the first jolt in season two’s opening episode “Chapter 14” to the closing scene in “Chapter 26,” I said aloud with each one of Frank Underwood’s raps on a desk, in that last lingering shot aimed directly at the viewer, “Goddamn, goddamn.”

You might remember coldly, when you reach that final scene in the second season, what Frank says at the end of “Chapter 14” when he breaks the fourth wall for the first time that episode:

“You didn’t think I’d forgotten about you? I bet you wish I had.”

He explains why he had to do what he did, as he has done countless times before, but I’m going to be honest with you, I was only half-ass listening to this obligatory monologue. “Chapter 14” dealt me a heavy blow. If you’re not a high functioning sociopath, and news of a baby giraffe being euthanized and then dissected in front of children before having its bloodied carcass heaved over into the lion enclosure bothers you – even though the zoo’s logic is straight to the point about how to ethically deal with surplus once a creature is no longer useful – , then listening to Frank Underwood explain his latest dark deed is a bit ridiculous. Instinctually and intellectually you resist his logic. You already know he’s not a man to be trusted because he is a murderer, and so you tell yourself his ruthlessness is not going to seduce you as it did with some of the more unfortunate characters.

But that’s not entirely true.

You’d stop watching the series if Frank wasn’t successful in getting you to follow him on his journey to the top. Just as he did when he started the series as House Whip, he whips votes as skillfully as he does viewers. He seduces you by allowing you to listen in on his strategy as he regales you with his rapacious wisdom. Underwood’s charm is his charisma and his ability to wield it with efficient finesse. Everything else is window dressing, which artfully frames one of the most diabolical characters to ever grace a political drama. There is no doubt that this character’s charisma is how I and probably a few million others got hooked on watching a “House of Cards” marathon this past weekend. Nextflix released the entire second season on February 14th. I didn’t start the new season till the 15th, because I have a life, but the series is so good I knew I was going to watch it all this weekend. 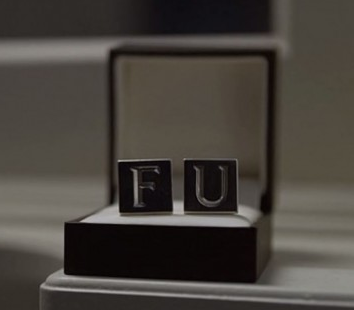 “House of Cards” deserves all it’s hype and the accolades it has received. In an age where strings are yanked from politics to the Internet, in ways that are less and less transparent, we have made men and women like Frank Underwood (Kevin Spacey) and Claire Underwood (Robin Wright Penn) into the people that they are for our own dark, twisted enjoyment. At heart we know in one form or another these calculating personalities exist in our own world. And that is what makes this show absorbing.

As the Underwoods navigate their murky fictitious America, we know all too well what kinds of gray areas in our present day America give people like these the opportunity to wield and expand their power.Â  Both Americas are a place where anything is possible if you know how distinguish the shades between being on the wrong or right side of the law. Not that legality matters all the time, but it’s the illusion of it that enables people like Frank and Claire Underwood to circumvent their own scandals as they simultaneously orchestra the take down of their enemies and advance towards their goals.

If normal people take lemons and turn them into lemonade, then the Underwoods make smooth limoncello. Their ability to ride out adversity and spin conflict is truly an art form. Machiavellian, yes. Sun Tsu, doubly so. (If you don’t know Sun Tsu, he was Machiavellian before there was Machiavelli, Sun Tsu’s “The Art of War” goes all the way back to B.C. times, whereas Machiavelli’s “The Prince” didn’t come out until 1532 A.D. But all said, “The Art of War” wasn’t translated into a European language, French, until 1772. Remember knowledge is power, kids.)

I’m not going to reveal loads of spoilers, but new players enter the arena like Chinese diplomat Xander Feng. There is a thread about the Chinese and their influence on American politics. I think season three will see even higher stakes. And it is possible that the duplicitous Chinese diplomat might be back despite how things devolved for him at the end of season two. There has been criticism that no one can match up to Frank Underwood in season two. And that is certainly true given how it all plays out by the end. But Xander Feng is not a character you can write off as a political pawn like say President Walker.

Feng and Underwood share some characteristics. Both have a way of escaping political annihilation. And Feng is an obviously corrupt diplomat, we’re told he has escaped the death penalty in his own country twice, all the while retaining his power and billions. He also enjoys some of the same sexual proclivities as Underwood (think threesomes), and I think Feng might be a person Frank has underestimated in the long run. But I could be wrong. Maybe he’ll stay vanquished.

Although it bears mentioning Feng is not Raymond Tusk, an American energy billionaire and seemingly the only real threat to Frank’s ascension. For Tusk, money is power. Yet what Tusk lacks, and what Underwood has in spades, is legal ability and true political power. Tusk may have stacked congress, but Underwood moves congress, as seen in “Chapter 16” when it comes to passing “bipartisan” legislation on entitlement reform and diffusing a situation that could have led to a government shutdown.Â Underwood made it his mission statement to make sure anyone who proved too stubborn to acquiesce would ultimately find out that their unwillingness to be obedient would cost them. If the fictional and obstinate Tea Party loyalist Curtis Haas reminds you of Republican Ted Cruz, that’s probably no accident either. But I digress. Underwood cannot buy people like Tusk can, but it’s more than clear it is Underwood who wields real power. Tusk, a man with a technical degree in engineering and a successful business tycoon, needs lawyers to advise him, Underwood was a lawyer and knows how to bend the law to his will. If in this world knowledge is power, then there is no amount of money that can match wits with the likes of Underwood.

On the other hand, Feng is a billionaire and a diplomat. Not quite the powerful politician as Underwood, but as mentioned before, Feng has found ways to escape two death sentences and go onto increase his power and wealth. I really don’t think it’s too far a stretch to imagine Feng escaping another death sentence if a revenge motive and his ability survive supersede all that is working against him at this point.

There are many subplots running through the series. All of them felt well-developed for what they were with the exception of political reporter Ayla Sayyad, who plays a fearless and savvy journalist, but for all that moxie she is kept in a holding pattern at the edges of intrigue. Whereas Zoe Barnes wormed her way into the thick of it, up till a point at least, by contrast Sayyad is more wary of danger but not exactly afraid of it. She is calculating. She was a reporter in the Middle East until it became too dangerous. Still she is an ambitious, self-righteous woman, one who will leave a press conference on a silly sex scandal to hunt for bigger fish because she feels it’s more worthy of her time. Therefore I expected her to be more aware and on the defense against being used for political manipulation. 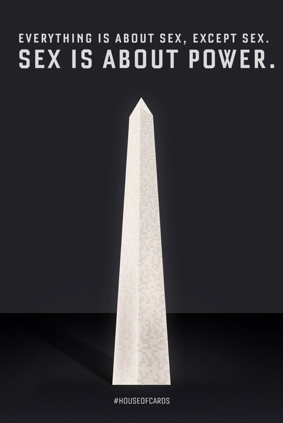 There is more I could say about the second season, but since it just came out this weekend, and I doubt a super majority will binge watch a highly detailed and well-written show such as this, I’m not going to launch into detailed analysis. Rather, here are some parting thoughts about this season that I enjoyed and you might too if you’re looking for such things.

“Tale of Two Cities” was a good literary reference, at least the parts of the novel read aloud in the show, for what was happening between two characters. It’s more a compare and contrast kind of thing. For some it is clearly the best of times, for others it is the worst. There is a lot of foreshadowing that you could miss if you’re not watching for it. Take a conversation between Frank and Freddie (the purveyor of Frank’s favorite southern-style ribs) about the most humane way to kill an animal. And then there is a civil war reenactment, which caused me to roll my eyes as much as Frank rolled his, but how one of the “low on the totem pole” historical figures met his end bears an eerie resemblance to how one of the characters meets their end in “Chapter 26.” 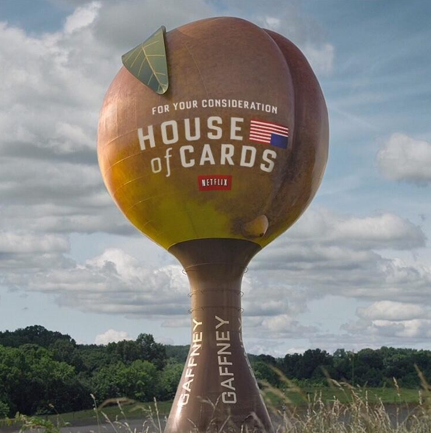 This isn’t quite foreshadowing, since there is a lot more subtext. But you might also appreciate the gentle grace had in a missive between Underwood and Tusk, which is a gift box containing a plump fuzzy peach, which may as well be a harbinger for death seeing the way it is used in season one, and a ticket to see “Madame Butterfly.” And given the tension between Japan, China, and by extension the U.S. at this point in the season, it seems a particularly nice touch as we later see what Tusk does at the end of season two. Which isn’t to say he slits his throat like Madame Butterfly, but he folds his cards as there are literally no more deals he can make. Although in this final move he will deal one last blow to someone with the consequence of these actions. These are just some of the wonderfully detailed aspects in this series that makes it such a treat to watch. You could probably go back and watch specific episodes, but if you watch it all in one weekend, I’d wager you could probably pick up on these details without me saying much else about them. These embellishments are subtle, but not invisible.