I didn’t 100% love Mickey Reese’s latest film “Judges Creed.” By contrast, I might actually like “Queer Bait” more because it was meant to be campy and funny. I was under the impression that “Judges Creed” was going to be a drama with some comedy in it. Turns out there’s more camp with only a scattering of scenes that are likely to make some very uncomfortable given the level of violence. Not that seeing someone blinded in a movie bothers me greatly, but I do remember thinking “Holy shit” once or twice. That’s not a criticism, those were scenes that stood out because they were very apt at putting you there in the moment, which is exactly what movies are supposed to do. And like “Tarsus,” which is probably the best one he’s made so far after “Mickey and Me,” this one goes on too long. This is just my opinion.

So why should you go see “Judges Creed” this Saturday at 8:00 p.m. in Oklahoma Contemporary? Because it’s a fact that if you want something to do, you can do this, and if you’re in need of a cheap date idea this is one of the more unique, “only in Oklahoma” ones. Hell, just looking at how many abandoned houses Mickey shot this movie in, should make you feel better about what you do have in life. Hey, cars break down, heaters go out, the bills mount up, I get it. Plus it’s not quite tax refund season yet. $5 gets you in the door and access to Titswiggle beer, which is a small OKC homebrew outfit that have produced such gems as Red Dawn ale as well as others with fairly descriptive names.

So there, I said it.

I’m also going to say this: there are some, especially those that think it’s “in,” that like to claim they “support” local, but you know these things only work if “local” people actually go and participate. And by “participate,” I mean give honest feedback when asked and have real conversations. Or you can bypass all that “intellectual stuff” and just go hangout with friends at this screening. Also Honeylark is playing that evening too.

Right, so lacking someone who watched this movie with me, I get to write about it. For someone else, with a different sense of humor and feel for pacing, this movie might hit the spot. Although I feel, as a woman, that many of his female characters blend into the background and are too one dimensional. Many tend to be painted as being too dumb to know what is good for them, and in “Judges Creed” Dipesto is one of those gals. Although some can be manipulative she-demons, but I digress. It’s not like they’re any worse than some of the other scoundrels you’ll encounter in this movie.

My initial criticism aside, “Judges Creed” does feel like a movie with potential. It’s about a husband and wife who suck at living off the land. If they were Amish, they’d be shunned for being too inept to provide for themselves, to say nothing of the gambling addiction. But one evening they’re presented with an opportunity to make enough scratch to help get them through the winter. The husband just needs to assist a weary traveler home. Things get complicated when the traveler makes good on his promise of payment. Unfortunately, the gold gets in the way because there are others who want it too, so murder and shenanigans ensue. Naturally on this spiritual journey to return home there are a few bargains with Death, and of course there are some cannibal sirens to circumvent lest the husband end up as their stew. 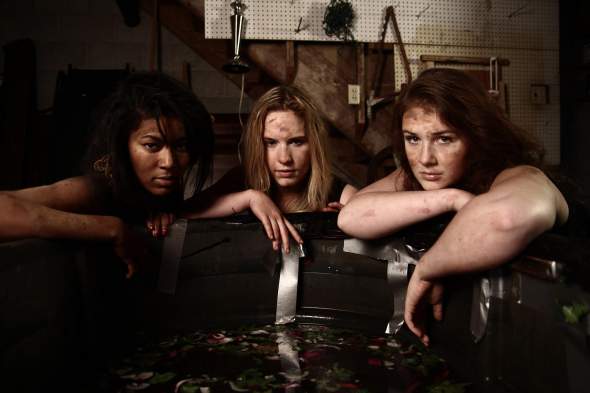 More than a few times I was struck by how well composed a scene in “Judges Creed” was, especially when the characters were outdoors, but then issues with lighting kind of ruined the effect once they were inside. I also try to cut slack because I know they’re working with a shoestring budget, so fancy lighting rigs might not be a thing Fall Films can swing, but often times with indoor scenes, it seems the director/cinematographer should have aimed for times of the day where windows didn’t let so much light in or chosen another location in the house where the characters were not washed out by being overly back lit. I kind of felt this was sloppy on Mickey’s part since “Bolo” seems like the only one of his films where the lighting and overall cinematography were mostly evened out. “Tarsus” had tonal hues and washed out scenes, but I felt they worked given the dark, often gritty nature of the movie, which is about a recovering meth addict fighting to stay clean. 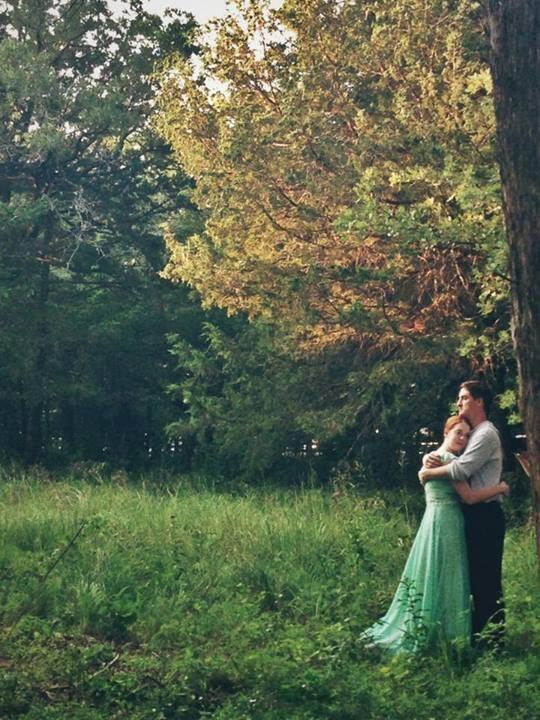 Script-wise, “Judges Creed” is a serviceable enough story. It’s a bit campy overall for my tastes, but there are a few one liners delivered in such a way that they’ll probably amuse most. But as it has been pointed out to me in the past, I may not be totally into their brand of humor. 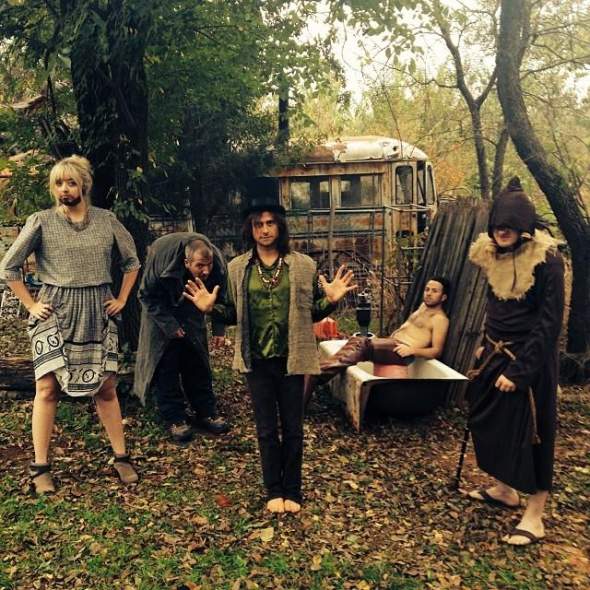 As someone who has invested time in watching Mickey’s movies,Â  I just want to see him be more consistent in his character development and storyline. “Judges Creed,” for me at least, was convoluted. That’s what made it feel so long. It has some of the familiar trials you’d see in the Odyssey, and any derivative thereof, like “Oh, Brother Where Art Thou,” but without the same kind of character development. Unlike Penelope, Odysseus’ wife from of the Odyssey, Dipesto (Valerie Sharp) doesn’t wait for Herschel. She gives up on him ever coming back and gets remarried. I mean, this happened to Tom Hanks in “Cast Away,” so it’s not like it’s unheard of in movies that the guy doesn’t get to keep the gal. Plus in “Oh, Brother Where Art Thou,” Penny was set to marry a “better” man. And Dipesto is somewhat better off since her new husband is a more adept gambler than the last, but she is unhappy.

I guess you get the feeling that there was never any true love between her and Herschel, even though you see the havoc it wreaks on Dipesto to see Herschel again. Still she never goes after him. Ask any woman who’s ever been in true love (the kind of enduring attachment that goes beyond the initial infatuation of new love and sexual desire, the kind of stuff 50th anniversaries are made of) and she’ll likely tell you that if the love her life suddenly appeared after she believed him dead, she would probably raise hell just to be with him again. 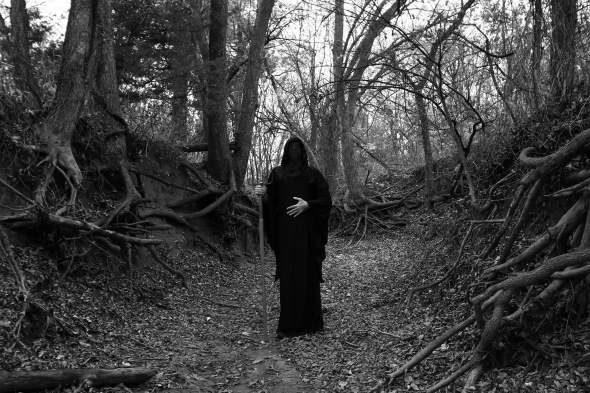 Stepping beyond the realm of your mousy character, such as leaving a loveless marriage even though you’re well-supported to return to the one you adored most even when you were poor, that is character growth. Most people don’t push past the limits of their personalities to achieve a goal, dream, or desire,Â  if they do, then they’ve risen to the occasion. Which is why most of us like watching movies, because in real life people constantly fail at this and sometimes you just want to see the underdogs win. Alas, Herschel must not have married the real love of his life as he ends up being proposed to by an older, caretaker-kind of woman, and where the movie goes after that feels flat for that reason.

This is to say he went on a long, arduous journey, and instead of slaying the suitors like Odysseus, metaphorically or literally, he just accepts that Dipesto is gone. His constant sorrow, it seems, is that he cannot surpass his limits as he can barely keep adversity at bay. Blinded and turned away, he accepts his fate and leaves Dipesto to her new life. But then again, perhaps love and happiness are mutable qualities and these characters are better off in the long run.

I read in the Gazette that Mickey seems to be the only one making movies in Oklahoma. Obviously there are others given the plethora of Okie shorts I see at deadCENTER every year, but honestly I can’t think of one local film maker that is as prolific. Making a movie is a pretty involved task that requires a lot of string pulling and organization. So giving credit where it is due, Mickey is like a powerhouse in that regard. Every quarter or so, he’s moving production along, organizing the screening for said film, in addition to organizing PR for it, and thus like clockwork the OKC metro sees another premiere.

Clearly Mickey and the Fall Films crew have been generating revenue for Oklahoma on a fairly consistent basis with every screening he holds at Oklahoma Contemporary, each time drawing a bigger and bigger crowd. I’d like to see him eventually tackle making a movie without being so slap-dash DIY. I’m not criticizing him for not having enough money, because I get that is hard to get funding for these creative ventures and we’ve been in a recession too, but it would be nice to see what he could do with a budget that allows for better lighting and sound. And I’d like to see him be more meticulous in some regards. Not to kill impromptu lines or scenes that have the potential to make a movie special, but this is to say I think if he had the means to make a movie that takes you to another place and time completely, then we’d see something truly special out of him. But perhaps that’s a pipe dream for a place like Oklahoma. Not to get too political, but all the arts, including rebates for helping Oklahoma’s fledgling film industry, are on the chopping block once again this legislative session. This year it’s even more drastic than 2013’s legislative proposals. They want to eliminate all financial incentives.

Alright. I realize what I’ve written is not a resounding endorsement for his latest movie. But you don’t have to take my word for it, after all there’s that saying “There’s no accounting for taste.” So you can go out with some friends or on a date and judge this one for yourselves. And if you do go, be sure you can articulate your constructive criticism, otherwise, save your trolling for the Interwebz.