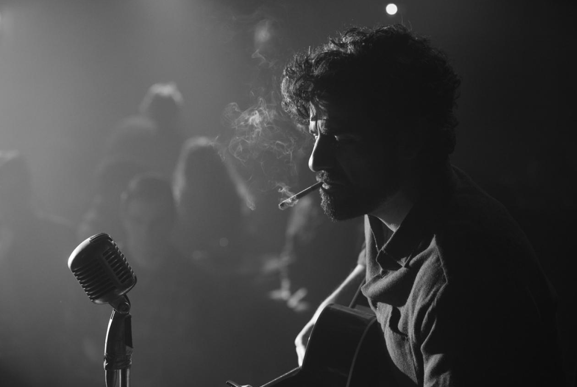 Joel and Ethan Coen are puzzling filmmakers. Excluding the remakes “True Grit” and “The Ladykillers,” the Coens have never made a mediocre movie. So one might wonder why the brothers ever bother soliciting unoriginal material. They donâ€™t need it. “Fargo,” “The Big Lebowski,” “The Man Who Wasnâ€™t There,” “Burn After Reading,” and “A Serious Man” are strong films. Quality films. In terms of cinema, they are even pioneering.

In summer 2008, I stayed in Santa Barbara for a few days. The man who let me crash at his place happened to teach at a prep school; he said that several of his students had celebrity parents. My interests were particularly peaked when my temporary roommate shared that he had once held a parent/teacher conference with Jeff Bridges. And, during this meeting, Bridges explained he was currently making a film in which he plays a character named â€œThe Dude.â€ There is almost no point to this story. Only that, for any movie or play, I would imagine listening to a person explain theyâ€™d just accepted the role of The Dude would bring about great doubts in the quality of that story. But the Coens donâ€™t just get away with it. There is nothing haphazard about them. When the Coens create characters like The Dude it is for the purpose of making what is arguably the best comedy of all-time. Try saying that about the Farrelly brothers. Try saying that about Adam Sandler when he writes characters like Bobby Boucher.

“Inside Llewyn Davis” takes place in 1961 where Llewyn himself, played by Oscar Isaac, seeks to capitalize on Greenwich Villageâ€™s budding folk scene. Llewyn plays for tip money at The Gaslight Theater and he gets the occasional recording gig too. In some previous life that took place before the story begins, Llewyn shared the stage with his folk duo partner, Mike Timlin. Similarly, the audience also hears news of a past girlfriend, Diane, and somewhere in Akron, Ohio she is raising Llewynâ€™s child.

The film merely depicts a week or two of Llewynâ€™s life. Beyond these highly selective moments, the audience has little access and little understanding of anything that has happened in Llewynâ€™s past. If for nothing more than his own sake, we do hold a sliver of hope that Llewynâ€™s earlier heartbreaks and difficulties can maybe explain his crude nature. We want him to be better just so he will stop screwing up his life. If heâ€™d stop screwing up his life then maybe heâ€™d stop screwing over other people too. His friend Jean Berkey (Carey Mulligan) repeatedly tells Llewyn that he is â€œshit,â€ and â€œeverything he touches turns to shit.â€Â  Yes, Llewyn is an asshole. A big one. But we never stop rooting for him because we donâ€™t know his whole story. In fact, we donâ€™t know…shit.

All we know is we hope Llewyn will change. As a struggling musician, Llewyn couch surfs, heâ€™s cantankerous and judgmental, heâ€™s always broke, and he is musically talented but even in this endeavor he has precious few prospects. Llewynâ€™s indecency and profaneness have even lead him to an affair with Jean (Mulligan). She and her husband, Jim (Justin Timberlake), not only give Llewyn a place to stay but they also help him get shows at The Gaslight and contracts for studio work. Llewyn returns the favor by planning to use the money to pay for Jeanâ€™s abortion, given that the child may or may not be Llewynâ€™s. Could go either way.

However, Llewynâ€™s decency never improves. He could go either way but he just doesnâ€™t. He even drunkenly berates an elderly Arkansas woman as she performs her folk set at the Gaslight. With each disharmonious interaction, the audience quickly loses faith in Llewyn. He is interesting. He is even funny. And yet, for a fleeting moment–a beautiful moment–he has a chance to start a new life in Akron and maybe even try to rekindle things with his ex, Diane. Instead, Llewyn drives back to New York City where no one has even noticed that heâ€™s been gone several days.

I suppose itâ€™s just a coincidence that Greenwich Village: Music That Defined a Generation has recently been released on Netflix streaming, butÂ “Inside Llewyn Davis” occurs at time rich with stories, artistic expression, and cultural change all set against the backdrop of folk music. Whatâ€™s not coincidental is the Coensâ€™ penchant for forging compelling period pieces.

Itâ€™s no accident that Llewynâ€™s time and place in the world overlap with the birthplace of American counterculture. Social evolution can and does happen, and Llewyn even has the capability to contribute to it. However, he never does bring anything substantial or meaningful to the world because he is unable to master how to bring anything substantial or meaningful to himself. A man with talent, on guitar and with his voice, but Llewyn cannot connect with people in life and, in the same way, neither does his art connect with an audience. He can play but heâ€™s no team player. He can sing but he has no voice. Just before the final scene of the movie, Llewyn finishes his set at the Gaslight Theater and as he walks away Bob Dylan takes the stage. The message is clear: the world is looking for something better than what Llewyn has to offer. And, with or without him, the world will get by just fine.

Catch in these local theaters.