We are all still digesting the news that the gay marriage ban in Oklahoma was found unconstitutional. Everyone is wondering what this means for the future. I’m not.

Here is a broadcast from the future:

It will happen here, there, and everywhere in the United States within the next decade. I will wager the entire current contents of my desk (several empty folders, wires to things I don’t have anymore, a screwdriver for some reason.) If there is some holdout in the United States in 2024, that bounty could be yours.

Marriage is a strange thing, because it is a dual institution. Religious marriages are governed by the specific precepts of their faith – Catholics aren’t supposed to get divorced or remarry ever, there are specific regulations in Islam and Orthodox Judaism about who can marry or divorce who and when, there are plenty of polygamous systems in the world (more on that in a moment) and some churches recognize gay marriage, including the Episcopal Church I was raised in. (â€œHalf the Catholic, Twice the Fun!â€)

If we’re all going to live in a country together (I understand that some people would prefer not to, but too bad) we need a single standard that can accommodate these various faiths. That’s what we have civil marriage for. When my wife and I got married, we had a wedding with all of the wedding-y trimmings. We also had to go to the courthouse and file a piece of paper with the government. Which of those events was our actual wedding? That’s a trick question: they both were. Wedding #1 was about love and commitment and cake and all of those good things, wedding #2 was about access to various tax advantages and property rights and the right to have a court decide who gets my stuff if we decide at some point that we hate each other. (True story: I don’t have any stuff.)

I get why people with sincere religious objections to gay people getting married don’t want them to get married in their church. Fine, there are other faiths that feel like there isn’t a problem with it. What I don’t get is the idea that civil marriage – the bit with the paper and the taxes and such â€“ has to be regulated by the precepts of your religious beliefs alone. If we lived in a majority Catholic country, would you be OK with strict civil regulations on divorce? This is an actual political issue in a lot of countries. If that would make you and your third wife uncomfortable, why should I feel comfortable with you pushing arbitrary restrictions on civil marriage that conflict with my belief system?

Fortunately, there is a way out: we can have a civil marriage that anyone can get, regardless of their religious affiliation or lack thereof and let the individual religions figure out the rest. That strikes me as fair.

We should probably address some of the common objections to same-sex marriage. I’ll try to be brief:

â€œPretty soon people will be able to marry a turtle or a rock!â€

Turtles and rocks can’t consent to marriage. Both parties have to consent to a marriage for it to be legally valid.

â€œElementary school kids will have to learn that gay people are normal in school!â€

I don’t recall ever addressing human sexuality in grade school. Even if they did, you still have the other 17 hours in the day plus all weekend to remind your kids that you think gay people are evil.

Procreation is not a requirement for heterosexual marriage, and a lot of people would be pissed off if it were. Infertile straight people can’t reproduce, are they evil? Zoology tells us that gay sex occurs in other animals, so how is it then unnatural? Cell phones and airplanes and gas stoves are all unnatural innovations of wicked humanity. Are they evil?

â€œSeeing gay people get married infringes on my religious liberty!â€

Â Your right to swing your fist ends where someone else’s face begins. I reckon that gay people seeking gay marriages have religious beliefs that are different than yours; why does yours get priority over theirs?

Â â€œAmerica is a Christian nation, founded on Christian principles!â€

The Jamestown colonists and most other early colonists from England and Scotland were Anglicans and Presbyterians respectively. The Episcopalians are the US branch of the Anglican Church. The Presbyterians still aren’t on the same sex marriage bandwagon, but they aren’t exactly animated about it (presumably because predestination makes it a moot point.)

There were also lots of Catholics in Maryland, and Dutch Reform churches in New York along with various and sundry other faiths in the various colonies. My point is precious few of the churches that the Founders belonged to are still against same sex marriage.

None of this is to say that they are any more right than you are on this, but don’t appeal to the authority of the Founders and the Constitution when the bulk of your theological ideas date to the Great Awakening and the 19th century. It’s disingenuous.

â€œSo the Mormons can just go and marry a bunch of people now?

If it were up to me? As long as everyone is on board and consenting (including the previous wives/husbands)Â and can leave at any time, I have no problem with it. If you do have a problem with it, take comfort in the fact that there isn’t any major group in the United States pushing for this sort of policy change, and even if they did, no one is requiring you to be wife number six to brother Obidiah.

I am a lot of things, but I’m not a busybody. I recommend it. It’s good for your blood pressure. 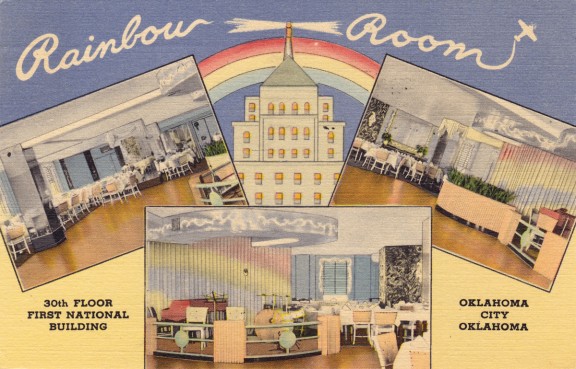 Just imagine the reception business this place would get if it still existed. Would you deny them that hypothetical business? In this economy? You monster!