So, what is our problem with Texas?

Oklahomans of all stripes are united by a not so unspoken antipathy towards the Lone Star State, similar to other silly state rivalries (Maryland and Virginia, California and every state that borders it). We Okies like some things from Texas, primarily Dr. Pepper and bands passing through on their way to Austin, but most are not so keen on going there for any reason. I will admit to my bias: I feel Oklahoma is objectively better than Texas, and I’m prepared to support it with facts, or at least with assertions, which are almost as good as facts.

I think what it comes down to for me is attitude. There’s a certain Texas machismo that bothers me. It’s the â€œDon’t Mess With Texasâ€ syndrome. People mess with Oklahoma all the time. It’s really not so bad, and it’s no reason to be throwing veiled threats around. That â€œHell yeah! Texas!â€ attitude is fundamentally incompatible with middle American modesty and self-deprecation. Texas has a bit of wounded pride going on, like a bitter retired prize fighter. Texans never let you forget that they were once a sovereign republic. I will concede that it’s sort of cool that it was it’s own bona fide country for a couple of years. I know it’s true because the former Texas Embassy in London is a terrible Tex-Mex restaurant now. Rick Perry, the messianic Elmer Fudd of Texas exceptionalism, has floated the idea of secession from time to time.

I want to keep Rand McNally on their game as much as the next geography nerd. And anything that makes them have to update their maps is a win for me. That being said, the idea that Texas as it now stands could exist independent of the United States is laughable. They would have to start actually making people pay taxes. Those terrifying I-35 overpasses don’t build themselves, and once that sweet federal highway money stopped flowing, they would find themselves with a ton of crumbling infrastructure and no money to pay for it. I guess you could sell sponsorships and have, for example, the makers of Cialis pick up the bill for individual stretches of road. Given how most of those â€œAdopt A Streetâ€ signs are conspicuously empty, I think it might be a hard sell. 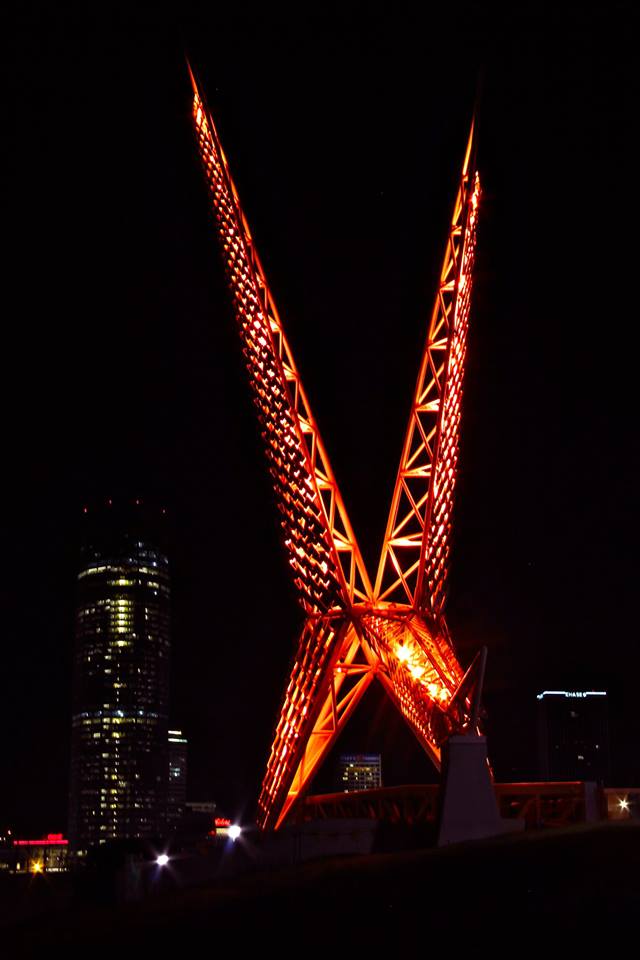 I don’t want to be too negative here; mostly I think Oklahoma is superior to Texas because I love Oklahoma, and I think it’s habitually under-appreciated. Oklahoma has the most diverse climate of any state, so you can be in the Ozarks one second and on the flat red plains of Northern Oklahoma the next. The people of Oklahoma are the most genuinely friendly anywhere I’ve been. Not polite, friendly. I have never gone more than a few minutes with a flat tire before someone offers help. I knew a guy who enjoyed going out on snowy days and pushing cars out of the snow, just to help out. Amazingly, that was a high school kid. Strangers have bought me meals on more than one occasion. 4 random people helped me move a treadmill up 2 flights of stairs once.

Even when Oklahoma does something politically that breaks my heart, which happens every election, I still come crawling back. I genuinely don’t think Oklahomans are as conservative as they seem from the outside. It’s mostly a messaging thing: the only people who are bothering to talk to these people are Fox News pundits. I also, obviously, quite like Oklahoma City. I don’t want to harp on this too much, but the Oklahoma City metro has made a truly remarkable transformation in the past 20 years, to the point that I think it compares quite favorably with every city of similar size. If I had to characterize this city in one word, it would be â€œunpretentious.” There are a ton of strange little restaurants and shops that can only survive because of our low rents, which makes for adventure. OKC is one of the rare places where you can live in a large apartment with 4 people, work 2 days a week, and spend the rest of your time following your creative muse or opening your chakras or whatever else it is they do in The Paseo. It’s the sort of place that offers everything you might care to do in a major city at a fraction of the cost. We have good museums, a great zoo, good record stores, and the NBA’s most lovable team. There’s more than that, of course. Browse this website for more information. 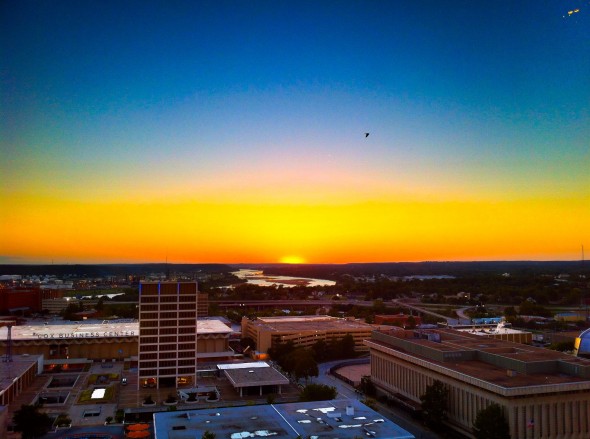 View of downtown Tulsa from the Mayo Hotel, which is a ritzy Art Deco building that’s as every bit as nuts as your favorite kooky great aunt.

I’m also fond of Tulsa, in the way you might be fond of a great aunt. It’s stately and has a lot of art deco architecture, if that’s your thing. Tulsa was the last major downtown area built in America, and it was flush with cash at the time, so it just looks different from other cities. I honestly don’t spend much time up there because I don’t have money for the turnpike, but Tulsans are, to a person, incredibly hyped-up about their city, and I love that.

The best thing about our cities, however, is that they are not Dallas. I grade cities on a curve, and no city with this many people should be so aggressively underwhelming. So far as I can tell, the primary reason to live in Dallas is proximity to the airport, but be prepared to wait several hours in traffic to get there. The rings of concentric suburbs are a maze of despair from which no one can escape, at least until they find the IKEA finally. Dallas is also home to the Dallas Galleria, which is a waking nightmare concocted from everything I hate most in the world: mindless consumption. Of course, like the rest of the city, it isn’t really designed for riff raff like me. Dallas seems like a really fun place to live if you are a multimillionaire or Dick Cheney. On the plus side, Dallas is adjacent to Arlington, which has Six Flags Over Texas, and roller coasters are cool.

Before you Texas folks start typing out your angry letters, let me say that I know articles like this are mostly bullshit. Texas really is too large to make any sort of real generalization about it, and it’s possible that if I spent a little more time there I would fall under the sway of its various charms. Although it could just be that I really like Austin, and it just happens to be located in Texas. So, Texans think of Oklahoma as the Canada to your USA or the New Zealand to your Australia,Â and I fear that if you ever did get your hands on an army, we would be the Tibet to your China. The point is, as people retreat from the coasts and natural gas money pours in, Oklahoma has a chance to catch up to the rest of the civilized world, and we have to be able to give it as good as we get it.