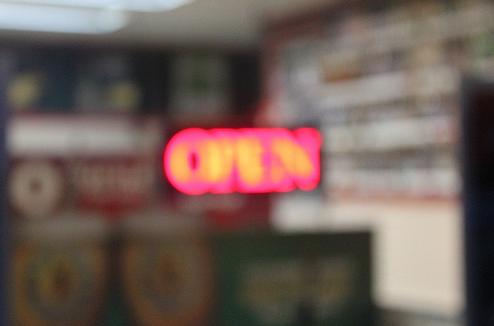 Even as news spread that the US government got its act together in time, I couldn’t help thinking of the lingering after effects the shutdown will have. It lasted two weeks, and there’s going to be a lot of catching up to do. It’s not as if someone snapped their fingers and it’s all back to normal now. And it will more than likely influence the 2014 elections.Â  Even so, I think there are going to be good stories about Senators who worked the bipartisan angle to end this fiasco and, of course, aggravating stories about other members of Congress being ridiculous. One of the best insights I’ve read into this battle is both informative and frustrating, because the way things are going, this country may end up in another political stalemate later this year.

“Republican Party has achieved its lowest approval ratings in recorded history, the president’s health care plan is unscathed, and the GOP’s civil war still roars. Proof was on the cable television split-screens. As Republican Senate Minority Leader Mitch McConnell was announcing the bipartisan deal that ended the standoff, Sen. Ted Cruz was holding his own press conference denouncing the Senate establishment that had caved….

…It didn’t matter that Cruz’s campaign was so clearly doomed you could tell from outer space. For men of ambition and deeply held views, there is little to distinguish between success and total failure when you are in the thick of the fight, guided only by the righteousness of your cause. “You know, I don’t think anytime you are in the middle of a fight your approval rating is going to be that high,” said Rep. Raul Labrador, a leader of the Tea Party fight in the House. “So for anybody to make a decision based on what your approval rating is at your lowest point, means that your decision–you don’t really understand the political dynamics in the United States.” Cruz and his allies are likely to be just as animated for the next engagement and the president, fresh off of this success, will have little reason to change course. The next round isn’t going to be pretty either.”

So what of the after effects of this latest spat between Tea Party Republicans and Obama, how does this impact average Americans working for the federal government? What does their current stance mean for citizens in the long term and how is it effecting the decision they are making today and in the coming months?

OKC.NET reached out to readers to share some of their stories. Dawn, who asked us not to share her last name, wrote an open letter to her Congressman. She was angry, understandably so, because to complicate matters, the day her husband attempted to apply for unemployment in the middle of the shutdown, his car was totaled in a car accident. That letter is included after our brief Q and A.

OKC.NET: What is your occupation?

Dawn: Oliver is a manager for software development for the FAA and has worked for the FAA for the past 15+ years. Prior to that he was US Army and is a disabled vet.

OKC.NET: How has the shut down effected you?

Dawn: It has put a lot of stress on our whole family. Our daughter is 20 and still lives at home and she is putting herself through college with some help from us. Our son is a high school senior and is applying for college now. We have a mortgage, utilities, car loans, etc. with only a small savings as backup. We talk every day about how to pay this bill or that bill and what we will do when the savings runs out.

OKC.NET:Â What are your political beliefs?

Dawn: I would say our views are slightly left of center. We believe in equal rights for everyone, in the right of anyone to marry whomever they want, that social programs are necessary to help or older and/or less fortunate, public education is a right that we all share and benefit from and should be held to a high standard of achievement while keeping schools properly funded and teachers paid a proper salary, we believe in the separation of Church and State, we believe in the path to citizenship, we are personally anti-abortion but believe in a womanâ€™s right to choose and the use of contraception, we believe in the ACA (Affordable Care Act), we believe in the right to keep and bear arms but also believe in background checks and stiffer regulation of firearms and their safety, we believe in global warming and the importance of finding and implementing alternative energy sources such as wind and water, we believe that the drilling and fracking the hell out of everything that the oil and gas companies are doing will lead to irreparable harm to the environment, we believe that foreign wars should stay foreign wars and we believe the government should respect ownership and private property rights.

OKC.NET:Â Have you been following the news about the shutdown?

Dawn: Yes, but not Fox News.

OKC.NET:Â If so, what is your take on the latest news so far and which news outlets have you been following?

Dawn: We watch CNN and MSNBC, but we also know that none of the news networks are â€œfair and balancedâ€. We do a lot of reading of online newspapers, and other news sources.

OKC.NET: Is this news forcing you to reconsider your plans for the immediate future?

Dawn: Yes. Our son turns 18 on the 28th and there will not be the celebration or gifts that we planned. We are also not able to put additional money aside for his college. Our 25 anniversary is in December and we wanted to go to Hawaii. That wonâ€™t happen as we were going to use some savings for that.

OKC.NET: Has this shutdown changed your political beliefs or strengthened them?

OKC.NET:Â Since the government got business in order last night, how does this effect you now?

Dawn: Itâ€™s a relief of course. My husband was up at 4 a.m., he was so anxious to get back to work. Heâ€™s not the type thatâ€™s happy to sit around. Heâ€™s says it will take weeks just to get his contracts and development teams back to where they were post shutdown. When he gets paid, weâ€™ll be back to catching up on bills and repaying our savings. We will not move forward on any vacations or celebrations because we have a sick feeling in our stomach looking ahead. We do not feel the least bit comfortable or stable about our future anymore. Maybe it will change after the 2014 elections. Looking into the future for now, there will be a lot more saving and a lot less spending in my family. If other families feel the same, I think there will definitely be a trickle down effect that will be felt throughout the country.

Dawn’s letter she wrote to her congressman last week:

“This is not a sob story. This is our, very real, story. But we are also aware that there are currently hundreds of thousands of furloughed American citizens who have similar stories and more Americans being affected every day. We have a mortgage, car and insurance payments, utilities, etc. Bills that are due every month just like everyone else. We have a small savings and we are frugal and live within our means. Both of our children are employed but have college, cars, and their own bills to pay. My income from a small home/internet business is negligible.

But what happens when things take a drastic turn for the worst? Today my furloughed husband was ON HIS WAY TO THE UNEMPLOYMENT OFFICE and got in a very bad accident on the interstate. Yes, thank goodness, he’s ok (burned and bloody wrist from airbag). Our car is totaled. So what do we do now? Apply for another car loan when we have no income right now? Charge a rental until the government reopens or we find other employment? Never mind that. We’ll figure it out.

My point is …… IF you are applauding this current behavior of the Tea Party Republicans, IF you think that its important for memorials and monuments to be opened before, and instead of real solutions proposed and passed, IF you seriously think that the sneers and disrespectful comments of ‘its just a paid vacation’ are OK, IF you think that the government shutdown will be â€˜good for us (the country) in the long run’…..this is what is happening to our family (and many others) right now! And this is OK with you?! Don’t feel sorry for us. We’ll be OK. But, just know…..your ignorance, your applause, your tacit approval of the ‘conservatives’ non-action, lies, and irresponsible rhetoric TURNS MY STOMACH! I blame the Republicans and their constituents for the fact that I ALMOST LOST MY HUSBAND and I donâ€™t care if that sounds like a ridiculous, or harsh, conclusion to you! If he wasnâ€™t furloughed, he wouldnâ€™t have been on his way to the unemployment office.”

If you would like to share your story and answer some questions for us, please e-mail: okcdotnet@gmail.com