Some shows at ACL seemed to appeal to distinct slices of the audience, but the crowd assembled to see Chicago’s best band was a decidedly diverse cross section of festival attendees. Hippie girls in clouds of patchouli, college DudeBros in clouds of AXE body spray, college kids, moms and kids, apparently everyone loves Wilco. I noticed that the average age at this show was closer to 40 than 20, and realized moments later that I fit that demographic exactly. I think this speaks to the continuing relevance of Wilco. 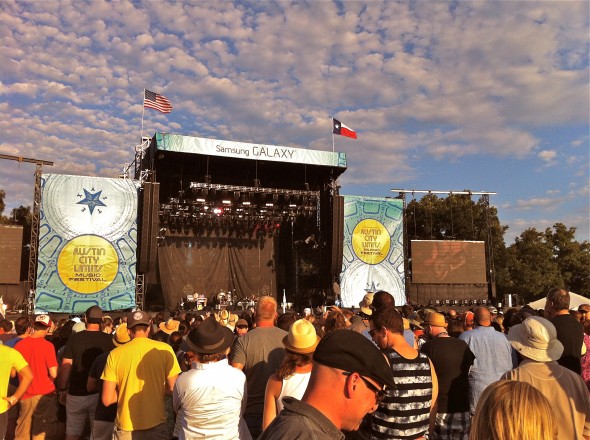 Like Neil Young, Jeff Tweedy has pulled off the neat trick of remaining credible across several decades and a catalog of varying quality. Some of Tweedy’s songs and Wilco’s albums are better than others, but they are unfailingly idiosyncratic and individual. There seems to be a divide between great artists who are primarily conceptual, who have one or two great ideas and then fade away, and artists who are more interested in artistic growth and evolution. I think Wilco falls into the latter camp.

The set began with the shambolic “I Am Trying To Break Your Heart,” as unlikely an anthem as you can possibly imagine. I was immediately struck by the fact that none of the weird peaks and valleys of the song have been ground down for concert consumption; the strange piano break in the song inspired what may be my favorite overheard snippet of conversation of the entire fest. An apparently unimpressed college bro behind me said “Dude, that last band was impressive as shit, and now there’s this fucking guy with his xylophone.” 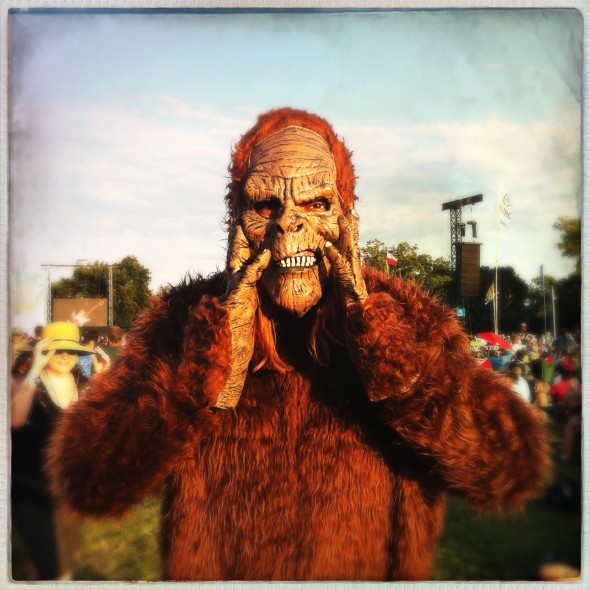 Other zany shit my co-editor saw at Wilco’s show, a guy in a gorilla suit who said his name was “Will Call.”

Free from the imperative of promoting a new album and constrained by a strictly enforced one hour limit, the band ran through a highlight reel of the past 20 years of music, hitting obvious highlights like “Shot In The Arm” from “Summerteeth” (thanks to the sign language interpreter, I now know the ASL sign for injecting yourself with a hypo) and “Handshake Drugs” from “A Ghost Is Born.” My primary complaint about the set is that it seemed a little rushed, but they did an admirable job of delivering a strong, short set. Having seen a few truly self-indulgent shows in my time, I’ll take a great short show to a middling 2 hour wank-a-thon any day of the week.

I realize that this review sounds a little fanboy-ish. I’ll go ahead and own that. I have a lot of really great memories associated with this band, so I’m not able to do the Pitchfork thing and get into full on “their early stuff was better” mode. I was mostly happy to see them again, happy that they still put on a good show, and happy to be seeing them in a damn near idyllic setting. The great irony of me covering this event is that I don’t really go out for live music anymore. It used to be one of my great loves, but it has been sidelined by other things. This was one of those shows that makes me want to re-prioritize music in my life. At the very least, I’m motivated to see Wilco again, and the sooner the better.

One comment to “Review: Wilco at Austin City Limits Festival”