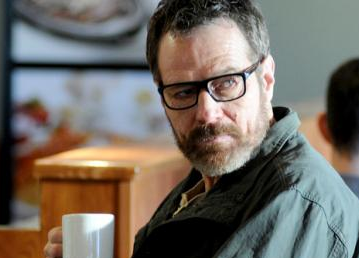 And I thought coffee was a hell of a drug.

*Spoiler Alert*. Don’t read on if you are still catching up ….This article assumes the reader has all the plot points and eventsÂ already covered. The author watched the entirety of the Breaking Bad series within the past two weeks. Seasons 4 through 5 were watched over the weekend. Â And he just found out from aÂ friend in disbelief thatÂ he somehow missed the episode where Gus was killed.

Â Â Â Â  Among the many things Breaking Bad is to its millions of viewers, it can perhaps quite usefully live on as a meditation on evil, how itÂ works, travels, ebbs and flows, contaminates. The one thing the scientist Walter White wouldnâ€™t allow was contamination of â€œhis product,” nevermind its illegality–it is The Product!

Â Â Â Â  But the human being was susceptible to all sorts contaminations. TheÂ same fiery pride that helped himÂ co-found the great company Grey Matter brought him to an underground meth lab, and later to an icy cabin in Vermont where he has to pay a man to sit with him.Â Mr. WhiteÂ experienced many different permutations of evil, insidious head game evil, or the unadulterated kind of attempting to poison a child. Yet in the end the writers chose to give the damned-smart man some peace of mind. In a tightly choreographed quiet scene with his scarred wife Skylar, he tells her that he did it all for himself, because he was good at it and it made him feel alive. One of the most maddening (and comic) things Walter did was scrambleÂ about again and again as the insanity of his problems grew,Â yelling to the wind that he did it â€œfor his family,â€ when all he had wrought upon Skyler and Walter Jr. was terror and confusion. At the end it felt good, or perhaps unrealistic, that he would finally reveal his true motives to his wife, depending on how you want to see it.

Â Â Â  Breaking Bad at its best is both a drama and a comedy of the little hypocrisies that constitutes dishonest living, indeed ruthless dishonesty in an age disillusioned by its leaders. This is a middle class that is becoming bankrupt, humiliated, and uninsured. When Walter makes the jump from school teacher (whereby he is hardly respected by his brother-in-lawÂ andÂ his child) to cook meth he also becomes a wizard of dangerous self-justification. The show inflicts its first bruise on the hearts of the audience when Jesseâ€™s girlfriend Jane overdoses, and Walt takes that decisive step and allows it to happen. This leads (viewers know) to an airplane explosion. The community is wracked. An assembly is called at school. The kids areÂ sad and inÂ the gymnasium a bald Walter unfurls all the ways and reasons in which it could have been worse. He looks like Donald Rumsfeld, inventing his own language, talking about â€œunknown knownsâ€ in the U.S. decision to make war. Only, being kids, his audience doesnâ€™t buy it. At moments like this Breaking Bad reached great writing heights. Where Americaâ€™s writers and entertainers assume an intelligence from the audience that the government assumes they donâ€™t have. That respect has won the show a strong following, maybe even legendary status.

Â Â Â  Morally, itâ€™s hard to say where Breaking Bad stands. Art doesn’t moralize, but it seemed in this show an emphasis was placed on moral dilemmas and discussions.Â Before the season finale it seemed everyone was prepared to see him get his comeuppance.Â I was pretty disgusted with Walt after watching the lovely JaneÂ choke on herÂ own vomitÂ (Albuquerque appears to be “No Country for Young Women,” also). I was worn out by his schemingÂ at the end. YetÂ in the finaleÂ the writers give him that spark of life again, as he methodically crosses off all theÂ last good things he can possibly do,Â and we follow Walt to his meth lab where he can die in his underground home, in relative peace. I guess at one point he did enjoy Gale’s reciting fromÂ “Leaves of Grass.”

Â Â Â  But that quality of traveling evil remains a pretty uncanny thing to me. Or uncanny how a group of actors, writers, directors, lighting technicians, separate individuals,Â can all combine to nail that strange feeling on the screen. Considering the nature of the evils represented by drug cartels in the Southwest and the sort of suburban blindness that lets Walt travel as far as he does, Breaking Bad is a good companion piece to Roberto Bolanoâ€™s bookÂ 2666. That book presupposed, in a baggy/urgent fiction, that the return of Nazi-magnitude evil was to be found in Juarez, Mexico. In Breaking Bad, as in life, we see it seeping into the American public. In Albuquerque Walt gives his alter ego the name Heisenberg (the name of Hitler’s trusted chemist).Â They make another allusion to Hitler by giving us a gang of Spooky neo-Nazis to deal with as Heisenberg’s drug ring devolves into unprofessionalism. Â By season five there were scenes of startling darkness that had a still, kinetic energy to them. Skylar slowly walking into the pool as the pain of her quiet worries, the pain of actress Anna Gunn’s visual soulÂ intensifies. Thereâ€™s Hank becoming obsessed and more alone. Or Walt putting the baby in his lap, Walter Jr. at his side, to watch Scarface. Within these circles of hellÂ thereâ€™s also moments of poetry, the weathered company manÂ Mike asking for a quiet death by the river.

Â Â Â  On network television a medical examiner will hold a press conference after a mass murder in Washington D.C. Emotionally affected, she will call it evil. They wonâ€™t replay her sound bite though, because to think and speakÂ in those terms is sort of taboo. But on AMC they have given us the whole road map and chemistry book of it, Â in a way Iâ€™ve never seen, the five year span really lets us take the journey. Â They indeed show us that in America all the right ingredientsÂ are among us andÂ exist at aÂ high-quiet pitch in the air.

Â Â Â  And, on a personal note, as a part time employed substitute teacher.Â  Poverty and pride are definitely two of the bad ingredients. Maybe the cunning and terrible journey of Walt will give teachers a little more leverage at least in the imaginations of those who have seen Breaking Bad.Â HELP PREVENT ANOTHER WALTER WHITE; PAY YOUR TEACHERS MORE.

Some additional thoughts on Evil in regular society from my Uncle Norman: