My name is Kendall Brown. I am a 26-year-old, college graduate with a full-time job. I am the Executive Director of a statewide arts organization in Oklahoma and the organizer of a monthly event in Oklahoma City that is open to the public and provides entertainment to thousands of people each third Friday of the month.

And I am dying, because of the political games you are playing right now.

You see, I was born with Crohn’s Disease. This didn’t happen because I ate unhealthy food, or because I smoked, or because of any of the other reasons we use to victim blame sick people and justify not giving our countrymen adequate health care. I became severely ill beginning in the third grade because I won a genetic lottery that left me with a disease that would quickly drop me to 87 pounds, render me unable to walk at times, and nearly kill me twice.

For the first 26 years of my life, I was lucky enough to have insurance to help foot the bill of my care. Now, don’t get me wrong, it wasn’t easy. I have very clear memories of my mother at the kitchen table, poring over our finances, attempting to find it in the budget to purchase my daily handfuls of pills, at often well over a dollar a pill, even with insurance coverage.

For a brief period in college, following my birthday that year, I was removed from my mother’s insurance. You see, some semesters I was so ill that I could only complete a small amount of hours at a time, meaning I didn’t qualify to remain on her insurance by sheer virtue of my college enrollment. That brief period, in which I could afford nothing but limited student health insurance, left me with thousands of dollars of medical debt I may never be able to fully pay off. Luckily, thanks to the first steps of “Obamacare” I was able to get back on my mother’s insurance until my 26th birthday. Right before my 25th birthday, I had major surgery to remove nearly two feet of my intestine. Without that first bit of the Affordable Care Act, I could not have gotten the surgery. And without the surgery, I would have died. 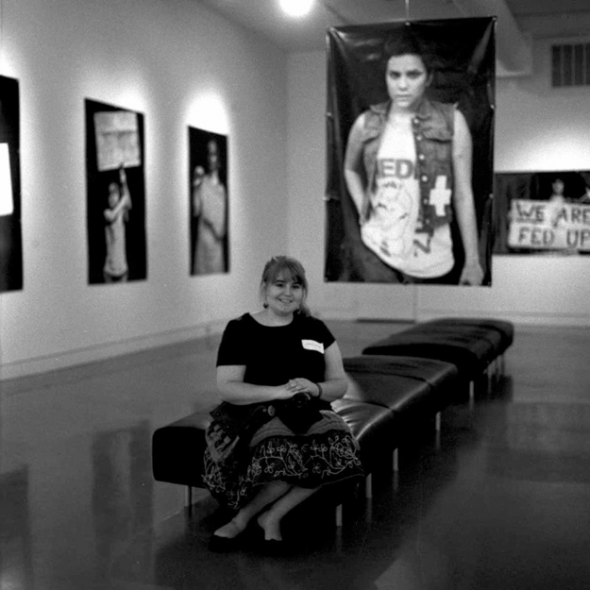 While pursuing photo journalism during the height of the occupy movements in Texas and Oklahoma, Brown has a show of photos she’d captured during that time debut in 2012 at Mainsite Gallery in Norman.
Photo credit: Studio1409   https://www.facebook.com/studio14ohnine

But I lived. And shortly following my surgery, I went on to get hired at the Individual Artists of Oklahoma, where I am the Executive Director. Through my position there, I have been able to offer community programming to thousands of men, women and children in my state over the past year. I don’t tell you this to brag on myself. I tell you this because I truly, fully believe that had I died back in April of 2012, rather than have surgery, my city and my state would be worse off without me. 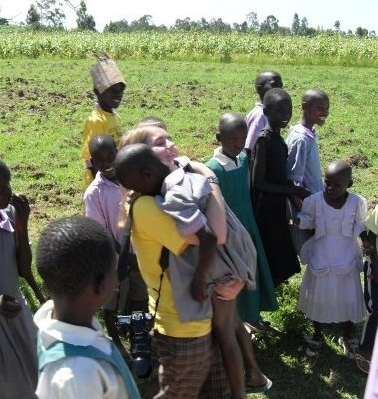 Brown spent two summers in Kisumu, Kenya as the Founder and Director of an art therapy based program for students affected by the Kenyan post-election violence of 2007. (Editor’s note: I asked Kendall for pictures of times when she was healthy vs sick. Individuals lives are far more than units and numbers, one person has the potential to create a meaningful ripple effect beyond even state and national borders.)

Now, for the past year, I have been without insurance to cover the cost of my Crohns-related medical care. I am the only full-time employee of the organization for which I work, meaning I can currently be denied health care coverage for my “pre-existing condition.” And denied I have been. Following my surgery, I was put on Remicade, a form of chemotherapy to manage my Crohn’s Disease. It is not an ideal drug (it comes with many of the side effects you’d associate with “chemotherapy”) nor is it one that will work forever for me. But it works for now, and hopefully will continue to do so until there are more options available to me. But this past March I was turned away from the infusion clinic I attended, as my new health insurance had decided they would not pay for this life-saving medicine for me, and I could not foot the $15,000 per infusion bill. The last six months have been filled with frantic searching for methods in which to receive my infusions. For a temporary period, I was able to receive infusions in the same clinic where our state prisoners receive treatment (and if you want a humbling experience, try getting chemo next to a man with one leg in prison scrubs and handcuffs.) But following a kidney infection, during which I couldn’t receive treatment, I have been unable to get back into the clinic, largely due to budget cuts that leave them with too many patients and not enough time. 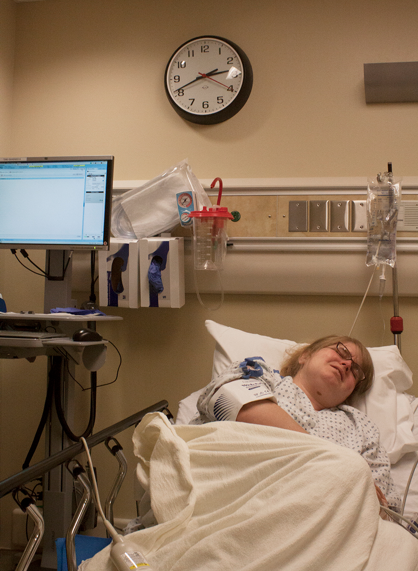 I don’t tell you this to make you feel sorry for me, Mr. or Mrs. lawmaker. I tell you this because I am tired of being reduced to a number, a statistic or, even worse, being described as a freeloader that wants to live off of the government health care teat. I tell you this because if you defund Obamacare, or delay it even for one year, as you are debating today, then this will be my last letter to you. I will be dead before my 27th birthday.

If you think that my life, and the lives of thousands of other people like me have no value, then by all means, delay the ACA. But before you do so, I’d like to invite you to hear stories from others like me, or, if you find yourself in the great state of Oklahoma, come meet me. I’d love to show you around and buy you a cup of coffee — and to introduce you to the woman you are killing. 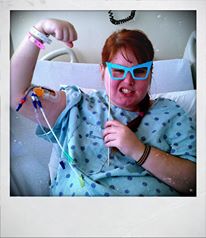