â€œOne can never have too much red wine, too many books, or too much ammunition.â€-Rudyard Kipling 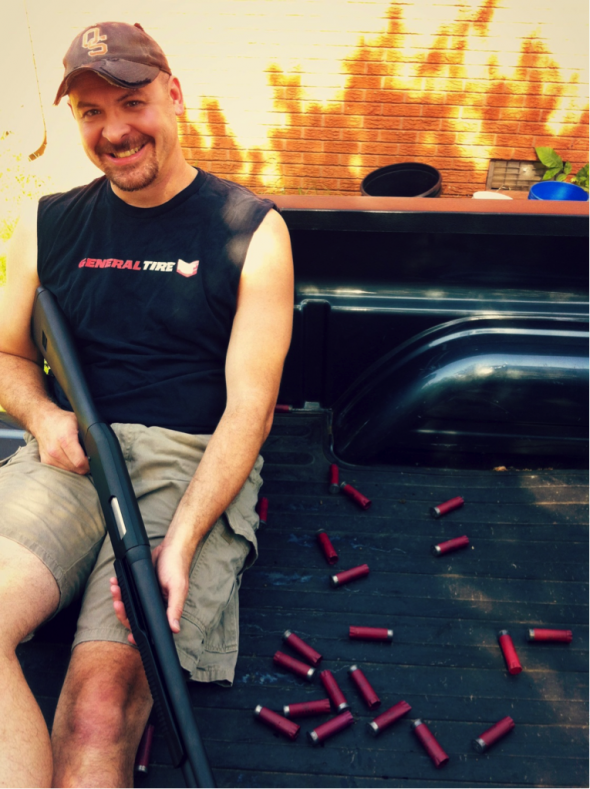 Purcell, Oklahoma native Jared Vaughn is one of a dying breed of poets: a shit-talking, baseball playing, country singing, rose growing, self-proclaimed manâ€™s-man. He is also virtually unknown as a writer. When I pull up in the driveway for this interview, heâ€™s sitting on the tailgate of his blue truck, swinging his legs and casually cradling a shotgun. The bed of the truck is littered with shot gun shells and a thin layer of Oklahoma red dirt. I spot a rattlesnake tail suspended by a thread from the porch of the modest red brick house he inhabits alone in the small town of Purcell, Oklahoma. Vaughn tells me it came from a rattle snake he shot on a recent hunting trip in Abilene, Texas.

Two years ago, a coworker at the community college where I work told me about an especially eccentric man from my hometown with whom he attended school at Oklahoma State University. Both graduated together from the school’s Creative Writing program in 2005. Neither made poetry their career. I hunted Vaughn down on Facebook shortly after hearing about him and found out he lived a block from my house. We have been corresponding about his poetry ever since.

He invites me up on the porch, yanks the screen door open and invites me inside to â€œyackâ€ for a bit. Once inside he takes off his ratty baseball hat and sits in one of the mismatched recliners lining a wall of his living room. A large barbell sits on the floor beside several meticulously arranged stacks of papers and, upon closer inspection I can see all of it is poetry. I sit facing a portrait of Abraham Lincoln directly across the room. Vaughn sits facing me as we dive into the questions.

okc.net: Who is your audience?

Vaughn: My audience is mostly me, my friends and most recently my family. I guess I want my audience to be anybody that reads it, who wants to takes an interest. If I could change my audience, really I would change the audience, meaning I would make them less interested in American Idol and reality television and more interested in literature and creativity and curiosity for the outside world and for the inner human.

okc.net: What is your background as a writer?

Vaughn: It started with funny stories about my friends. I wrote humorous tales about them as superheroes, comic book characters, I wrote about 70â€™s car chases, stuff like that. Iâ€™d always read a lot growing up anyways. And if I wasnâ€™t playing sports I was reading books.
okc.net: How would you describe your poetry?

Vaughn: Itâ€™s all over the place. I will write in my voice, in a characterâ€™s voice. Iâ€™ll speak of my own experiences. Iâ€™ll make things up. 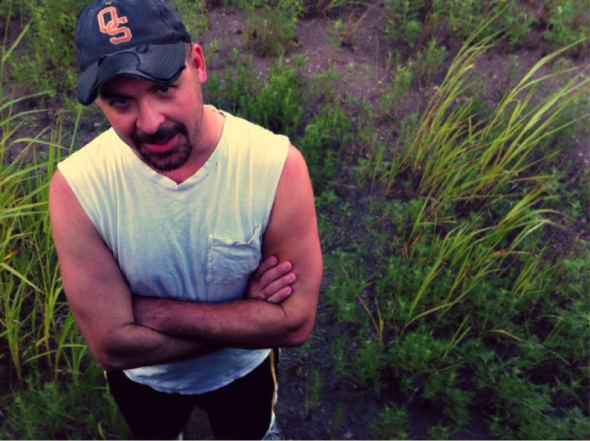 okc.net: What do you hope happens with your poetry in your lifetime?

Vaughn: Iâ€™d like to get it out there to be seen. If you are a writer, as humble as you may seem, you have to have an ego because you are presenting this product of your brain, setting it out in front of someone and saying, â€œThis is good enough to be seen!â€ Sure, I would like to get noticed.

okc.net: Which authors been extremely influential to your writing?

okc.net: What is the future of poetry?

Vaughn: I think there will always be writers. Someone will always be artistically inclined and have something good to say, whether it be joyous or sad. However, the future of the arts in the United states just seems so bleak to me. Culturally speaking, we want to be entertained. It doesnâ€™t seem weâ€™re interested in learning as a whole. Weâ€™re more interested in watching football which, by the way, I love; we want to watch NASCAR and The Voice and Survivor and all this crap; we want to watch television instead of opening our eyes and reading. We lack the patience to sit and read something or listen to something that someone else has produced.

Of all the poems Vaughn has shared with me, I find the following piece most compelling because it is the one most antithetical to the larger body of his work. That is to say it is the song of a gentle man, a man longing for companionship and love, a man drunk with beauty, a man whose spirit blooms by the beauty of a full moon.

“Phantom Star of the Midnight Morning”

I can never sleep during a full moon,

but the rain compels me to danceâ€”

even when it falls in November

and doesnâ€™t fall in July.

Iâ€™ll dance naked in my driveway

everything bouncing in poor rhythm,

hoping to conjure the clouds to let us drink,

wishing for a girl to dance beside me,

a shine on shine,

shadow will beg me

to hide its sensitive

But I will dance

and I will shine on you

as you have shined on me.

If you are interested in reading more poetry from Jared Vaughn, please check out his webpage.