Last Friday, I had the pleasure of attending the 22nd annual Biting the Apple provocative art show at the IAO Gallery. I had been to this event in 2010 so I thought I knew what to expect. Until I sat down to interview the galleryâ€™s new executive director Kendall Brown who told me to throw my expectations out of the window.

So I tossed my memories of the event three years ago into the back corners of my mind and walked in the gallery on Friday night with a blank slate. The first piece I noticed upon entering the gallery was a collection of three colorful, plush phallic sculptures. Each of them was around three or four feet tall with psychedelic patterns and a texture that screamed â€œhug me!â€ But that would be a bit awkward. Â These sculptures were one of two pieces that I felt followed the â€œPlushâ€ theme. The other was a performance piece in the middle of the gallery, sectioned off by a velvet rope. The ever-changing scene was of two men and a woman lounging around on the floor and pieces of furniture, sometimes donning jewelry and furs and never staying in the same position for long. 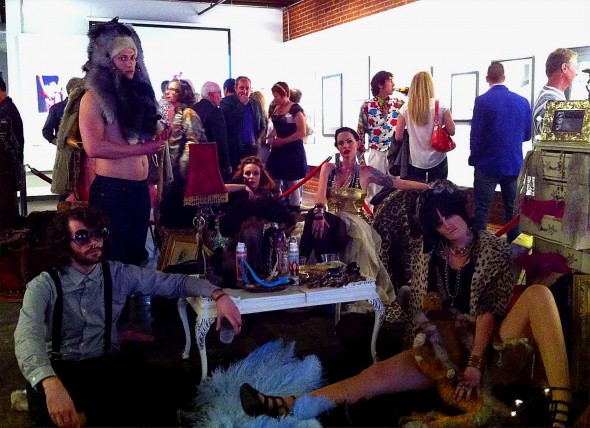 My absolute favorite pieces of art were all of the digital photography. One photo that struck me was of a woman standing behind a white sheet with her hands up. It was a very haunting and beautifully executed photo.

Two disappointing things I observed from the show were the lack of minorities in the artwork and the absence of the male form. I noticed a photograph that featured an African American couple and one with what appeared to be an Asian couple. Besides that, I saw no other representations of minorities. But that leads to the question if there is even an interest for this kind of art from these groups of people. After all, I counted that I was one of three black people in attendance that night. Besides the wonderful brightly colored phallic sculptures I saw when I first came in, I saw very little artwork featuring men. There were a few but there was no comparison to the amount of boobs that were shoved in my face that night. 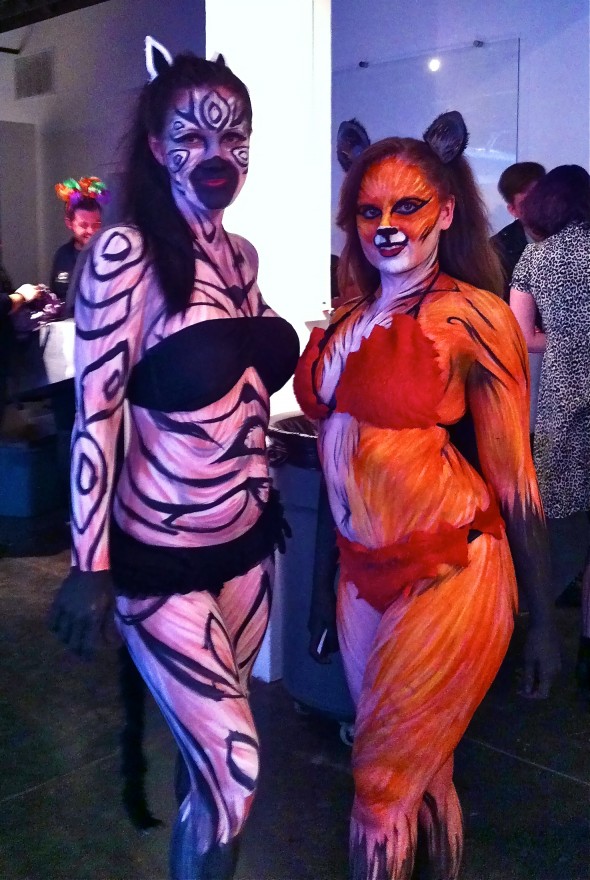 One of the last observations I made was the presence of artwork that showed women of different sizes besides skinny. Plus size or curvy or whatever the PC term is, they were present in the artwork and it was very much appreciated.Â  One artist even made a beautiful cast of a pregnant womanâ€™s breasts and belly that was then covered in white feathers and completed with rhinestone pasties and tassels over the nipples. Nothing says, â€œWelcome to Motherhoodâ€ quite like rhinestone pasties.

The atmosphere of the show was so friendly. Itâ€™s almost like we werenâ€™t at an erotic art show. Most of the people seemed to be your regular white bread Oklahomans out for a good time. The music was perfect. The music at an event can make or break the atmosphere so I applaud DJ for playing Prince and other very appropriate artists. I also admire anyone who was brave enough to wear a costume. Iâ€™ve never seen so much leather and lace in my life. I opted out of the costume and stuck with a simple all black ensemble. The drag queens were all fabulous. The one who was hosting the performances in the back of the gallery even complemented my afro before introducing the burlesque dancers. She was a very tall and lovely lady. 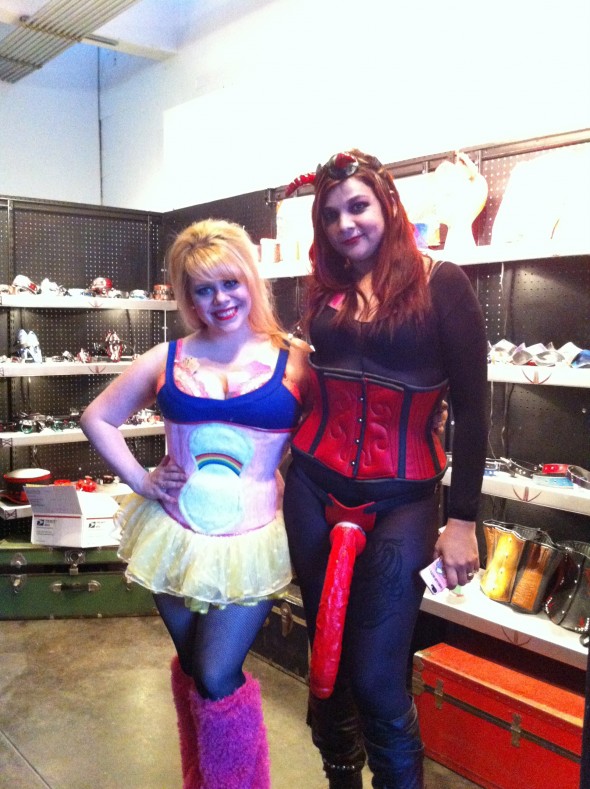