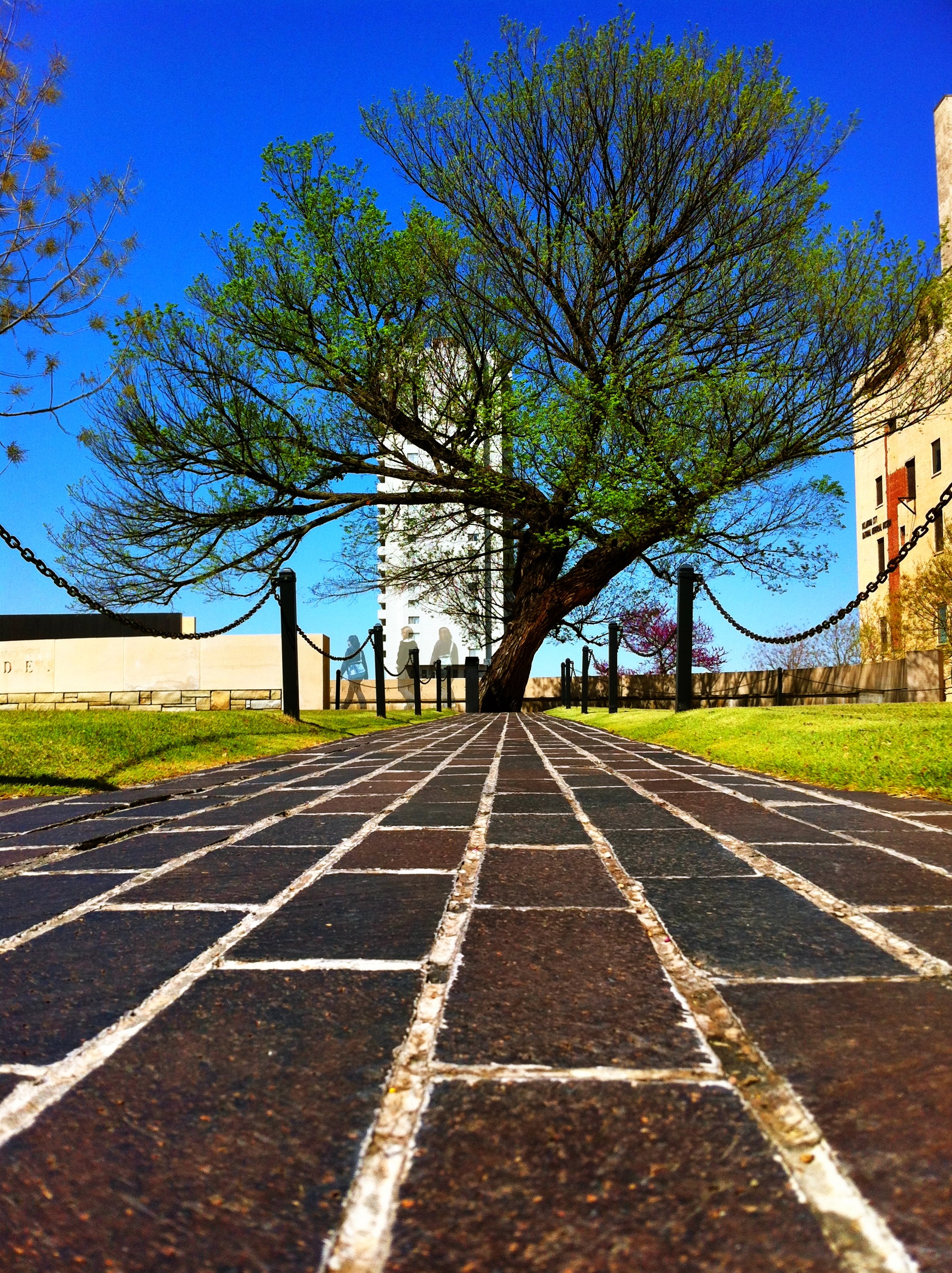 “I believe that unarmed truth and unconditional love will have the final word in reality. This is why right, temporarily defeated, is stronger than evil triumphant.”

I’m terrorized. After all of these years, I still feel a little bit terrorized.

That is, of course, the entire point of terrorism. Mass violence is an anti-human malignancy. These are not political acts; politics is to terror what sex is to rape. It may be a component, but it’s not the point. Terrorists are inadequate, marginal, mediocre people. The only thing of note that Timothy McVeigh accomplished in his short, stupid life was a mass murder so heinous that we commemorate it every year. In Boston today, one teenage college student has managed to hold a city of over a million people hostage for most of the day. We are collective victims of their egos.

I returned to the OKC Bombing memorial today for the first time since I became a father. It hit me a little differently as a result. Every one of those 168 chairs in Hans and Terry Butzers lyrical memorial is for someone’s child, someone’s father, someone’s mother, brother, sister, wife, husband. None of those people meant anything to the man who murdered them. They meant everything to the people who loved them. To McVeigh and those like him, the lives of others are less real and less important than adolescent feelings of directionless rage. Pathetic. 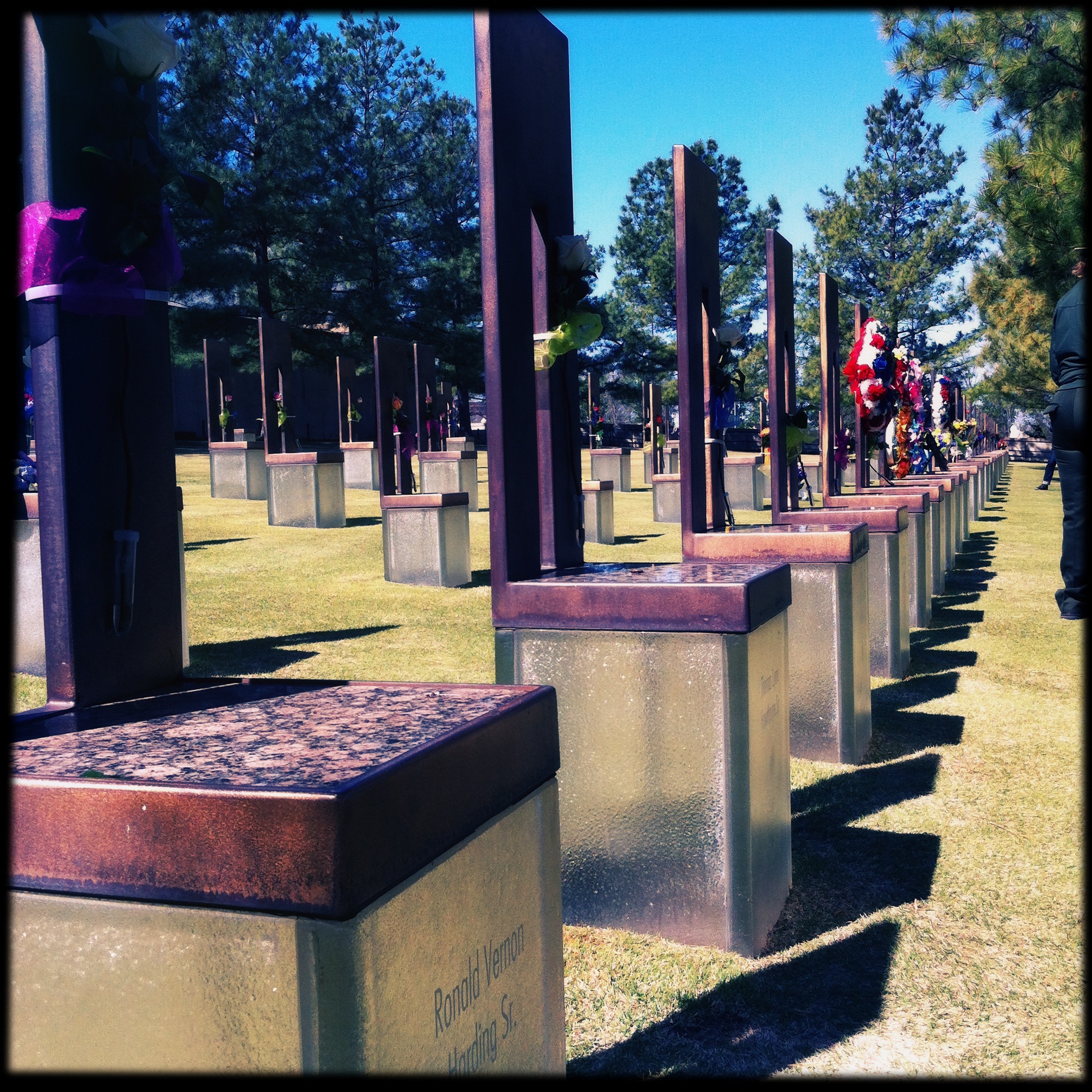 Terror is psychological warfare on a massive scale. Most of us are able to go through life with the assumption that strangers don’t want to murder us. That assumption is at the very core of our ability to function as a society. Unfortunately, it is only sometimes true. There is very little that can be done in an open society to prevent someone from killing a crowd of random people if they set their mind to it.

Fortunately, terror is only effective in that first, traumatic moment. After the initial shock passes, it almost always strengthens its intended targets. By exposing how tentative our social fabric is, it also exposes the things that hold it together. Whatever our differences, we agree each day not to murder each other en masse. It would never occur to most of us to build a truck bomb, or to walk into an elementary school and open fire, or to go to a sporting event and try to maim and murder as many people as possible. These horrible events remind us not to take basic human decency for granted. 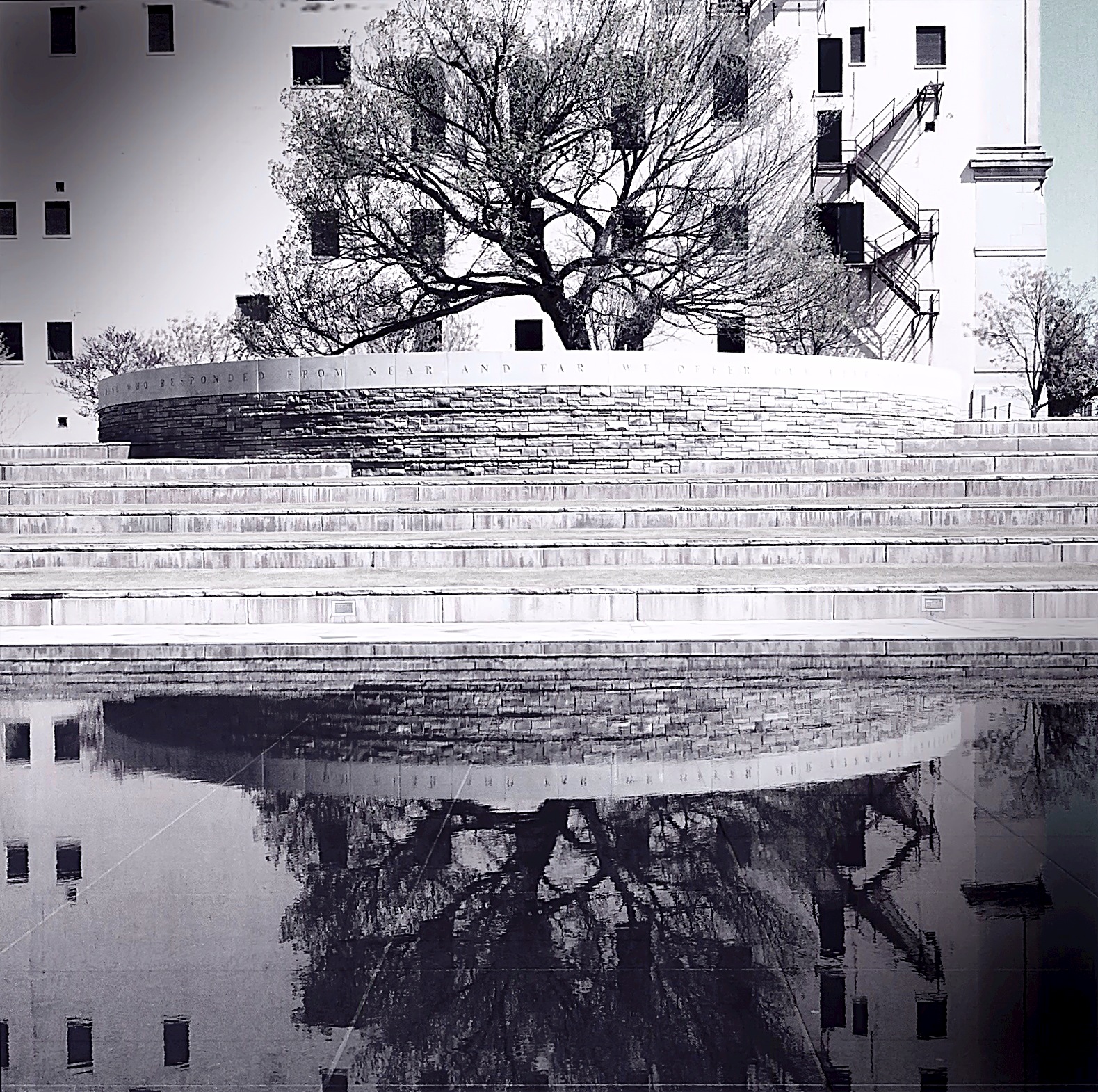 I have a lot of family in and from Boston. This has been a hard week for them, and I feel an acute tinge of familiarity as I watch them and the city of Boston as a whole process their grief and trauma. I’ve been there. There is, along with the hurt and the terror, some comfort to be gained from knowing that even this great evil is just a pebble dropped into an ocean of compassion. Goodness doesn’t need grand violent gestures to make a mark on the world. We remember these things not to celebrate the perpetrators or to open wounds, but to heal them. I was struck by the messages of support for Boston that people had left on the fence at the memorial today. I hope that the museum staff is collecting them and will pass them along. This is the burden and the privilege of Oklahoma City. We are, and likely will remain, a city intimately linked with violence and terror, as well as a symbol of resilience and recovery. Today of all days, we should embrace that.

Let me leave you with something from my uncle Rich:

â€œI love Boston. The giving and generous way Bostonians are reaching out to the Marathon folks isn’t new. It’s classic Boston. Even without a tragedy, Boston is a great town, Sitting at Fenway Park, you can hand over a $20 (And this is a 1991 $20) to a stranger in the stands and say â€œ2 dogs and beer,â€ and they’ll hand your money all the way up the stands to the vendor, get your order, hand it all back down the line of strangers, along with ALL of your change. I love Boston.â€

We love Boston too.