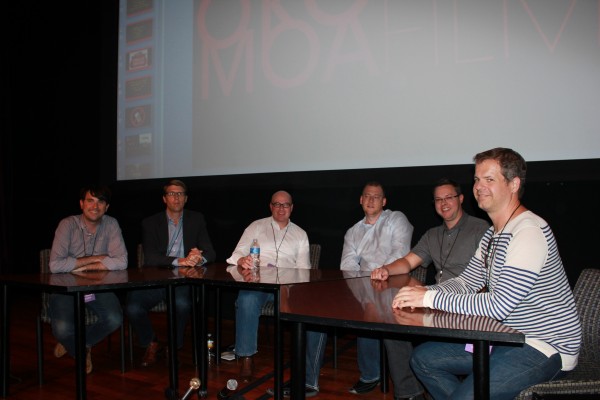 The general consensus from the discussion had at deadCENTER’s Distribution Panel is that when it comes to finding audiences for your films the two most important angles to consider are both knowing who the audience for the film is and the exact genre of the film. It is essential that these two identifiers are known beforehand, even as early as pre-production. Depending on the audience, it may not be proper or worthwhile to offer distribution partnership to certain countries. A certain niche of one countryâ€™s society may not be present in others. And even taking into account the cultural differences within communities, certain genres arenâ€™t easily marketable on an international scale. For example, action, thriller and science fiction easily translate across languages and populations, because the appeal is mostly visual.

Another practice to engage in during early production (or even as the filmâ€™s concept is being fleshed out) is to visit the market places you plan to show your film. Get the skinny on what, where, and when movies are being sold. This will help you plan your film early on so you can get the best bang for your buch, which covers the â€œwhatâ€ aspect of this enterprise. â€œWhereâ€ depends on the marketplace itself, and how restrictive or specialized it is. If the country you are planning to market has a certain style of cinema, be fully aware how your film projects it. â€œWhenâ€ usually isnâ€™t taken into account unless placed in the context of holiday films, or the classic â€œsummer blockbusterâ€.

And to make your films and industry presence more palpable, the ways that work are pretty cut and dry. What DOESN’T work are taster films. These types of films are generally known as shortened (non-finalized) versions of movies that are made to advertise the concept to investors, producers and distributors for help to complete the film. What DOES work is the regular presenting of short films at festivals to showcase your talent. Itâ€™s a â€œsure-fireâ€ way to get the most exposure. The upside is that it slowly but thoroughly weeds out those film makers and films that arenâ€™t marketable, sellable, or appealing to distributors. This is good news to some filmmakers because it is now known that sales companies who deal in movies are ideological about which films they take up, as opposed to purely aiming for numbers. But thereâ€™s a feeling that if it appeals to sales professionals, it likely will a) get personal backing from sales members, and b) also be attractive to other sales people and a certain niche in the general population.

Having this knowledge, you should be more comfortable with directly approaching sales companies (whether international or domestic) and making them believe in your film. In doing this, youâ€™ll have to take into account who you have signed on to your film, or who you want signed on. This is especially crucial as far as actors go, because usually theyâ€™ll be the names upon which your project will gain momentum, support, and attention (unless you have a big name producer or director working with you). Once youâ€™ve covered all these points, you should have a solid foundation or at least a good deal of work done to help your movie reach the right audience in the largest possible scale.