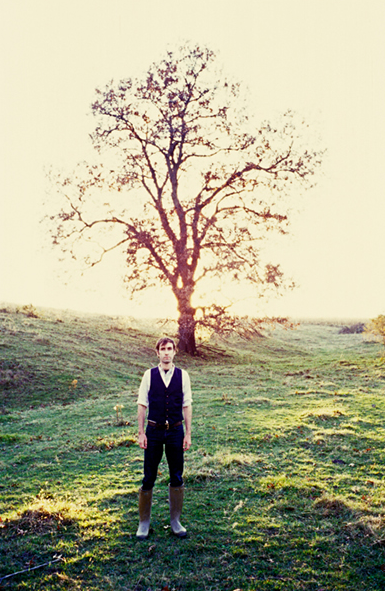 Andrew Bird appears to dress like a turn of the century farmer, which might be the same as charming depending on how you like your traveling minstrels served-up these days. I think "Break It Yourself" is a little bit like ordering eggs-over-easy. Photo by Chris Wittig.

I must be feeling hand-in-chin nostalgic to subtly, or maybe not so subtly, reference an old Teresa Brewer song with the title of this post. That said, my omnivorous ears have done a little foraging over the past few days. Which albums and songs did they go all “nom-nom-nom” on through the ear buds?

So glad you asked.

First up is Andrew Bird’s new album “Break It Yourself.” Which may seem a little uppity and standoffish as far as titles go, but that’s not how it sounds musically. It’s very mellow, melodic, at times contemplative, but overall a great listen with such gems like “Lazy Projector” and “Eyeoneye.” It’s also well arranged with “Hole at the Bottom of the Ocean Floor” effortlessly echoing some of the musical motifs heard on “Near Death Experience Experience.” This is album is savory and rich with delights. Full disclosure: I’m late to dinner with this artist.Â  I’d heard a song of Bird’s here and there, but nothing that had really peaked my interest until now. Upon a suggestion of a Tumblr peep, I decided to give this artist’s work a long overdue taste test and I’m glad I did. I’ll be coming back for seconds and thirds, I’m sure. Although our intern, Cody Bromley, upon hearing that I listened to Mr. Bird treated those of us in the office today a little song Bird did covering a Shel Silverstein poem called “The Bendable Twistable Man.”

You can catch a First Listen of “Break it Yourself” on NPR.

Album: “Break it Yourself” 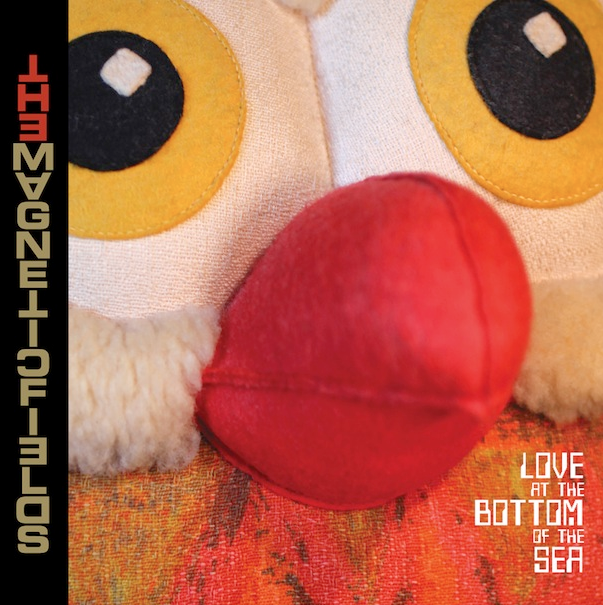 Cover art of The Magnetic Field's new album "Love At The Bottom of The Sea." Yep. Birds again. Image courtesy of the artist.

Alright, after you treat your ears to a full and satisfying meal, you’ve got to chew on something a little lighter. The Magnetic Fields would be that tasty bubblegum pop, but with a tart tang of juicy fruit. The lyrics on “Love at The Bottom of Sea” are deliciously acerbic yet playfully sweet as evidenced in songs like “Andrew in Drag,” “I’d Go Anywhere With Hugh,” “I’ve Run Away To Join The Faeries,” and “God Wants Us To Wait.” And the pop sound is just as tasty as the lyrics are ridiculous. Listen to “Machine in Your Hand” or “All She Cares About is Mariachi”; you’ll hear what I mean.Â  If you happen to be going to Mineshead, England anytime soon (because that’s not a random destination at all), know that The Magnetic Fields will be included in the show called All Tomorrow’s Parties which is curated by Jeff Mangum (Neutral Milk Hotel) this March. (Or alternatively just go to SXSW this year.)

Additional notes about this album?

You can catch a First Listen of “Love At The Bottom of The Sea” on NPR.

Album: “Love At The Bottom of The Sea” 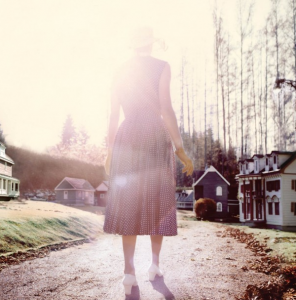 Cover for Patrick Watson'sÂ "Adventures In Your Own Backyard", this is likely to be quite delightful upon its release this May. Image courtesy of the artist.

If you’re not familiar with the sweetly sprawling folksy tunes of Patrick Watson, you should definitely partake in nibbling at his new single “Into Giants.” Watson first caught my attention with “Beijing”, and “Into Giants,” while different makes me hopeful about the new album due out in May.

Album: “Adventures In Your Own Backyard” 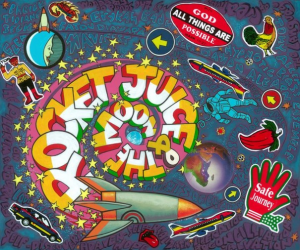 Cover for "Rocket Juice and the Moon," seems like it is going to all up in the funk. Image courtesy of the artist.

If you want to try something a little more funky with lots of popping going on in the bass lines, there’s also Damon Albarn’s new collaborative effort called Rocket Juice and The Moon, which also features Flea and Tony Allen.Â  Erykah Badu lends her vocals on “Hey Shooter.” It’s different, but in that oddly pleasing way.

Album: “Rocket Juice and The Moon”

Artists: Damon Albarn, Flea (or as Stereogum suggests: Fela), Tony Allen and a bunch of other people sure to turn up on this record. It should be rife with surprises.