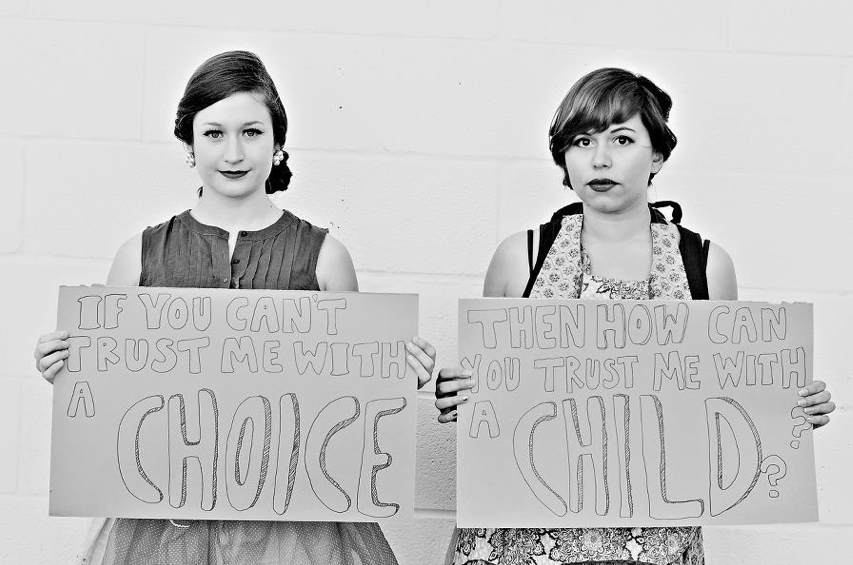 There are some very annoyed, possibly livid, Oklahomans today. How mad are these men and women? Well, they’re headed up to the Oklahoma State Capitol at noon to engage in protest. We will be there to document their stories about these and other reproductive rights issues.

To that end, the organizers of this event are Oklahomans Against the Personhood Act (OPATA). This rally is in response to the passage of the State Senate bill, SB 1433, which bestows full personhood rights to unborn, pre-implantation blastocysts thereby threatening the legality of many currently used forms of birth control as well as other reproductive choices. The demonstration, to take place on the south will feature Senator Constance Johnson and several other distinguished speakers from the medical and activist communities. There will be a voter registration table and information from the ACLU, Planned Parenthood, Oklahoma Religious Coalition for Reproductive Choice, Oklahoma Coalition for Reproductive Justice and other organizations.

Who is OPATA, anyway? They’re a grassroots coalition of activists and concerned citizens with objections to SB 1433. This bill was written by District 39 (Tulsa) Senator Brian A. Crain.Â  Crain said that the bill, which was â€œmodeled off of a 1989 Missouri state lawâ€, would not affect womenâ€™s reproductive rights or limit their access to birth control and is simply â€œsymbolic.â€ Â Yet its implications could be severe if enforced. OATPA said they are also focusing attention on House Joint Resolution 1067. Written by District 91 (Oklahoma City) Representative Mike Reynolds, the resolution would put birth control, IVF and other reproductive rights at risk in the November election. Which is why they are setting up that voter registration table at the protest. Among the assertions in the resolution: â€œNo innocent child created through rape or incest shall be killed for the crime of his or her father.â€ Â This means that rape and incest victims would be forced to remain pregnant or leave the state to seek termination elsewhere.

There will also be a “symbolic” public art instillation on display. A group of activists, artists, and concerned Oklahoma citizens have to come together to create a piece that will be made of shoes donated by the rally participants and will represent all of the roles women currently play in the world, as well as memorialize all of the women in the world who have been injured or who have died because of unsafe medical practices.

AnotherÂ  response to Crain’s “symbolic” bill is a photography project created by Grace Fallen. This is her Anti-Personhood Campaign Photo Shoot.

We will have more information on this protest as events unfold later today.