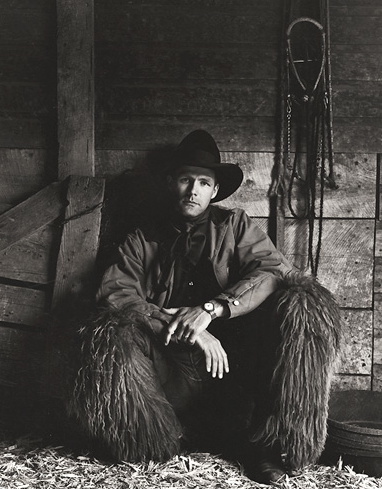 Where: [Artspace] at Untitled

Untitled’s first scheduled speaker in their In-Focus lecture series is photographer Kurt Markus. Markus will talk about his work as an international assignment photographer for major magazines such as Rolling Stone, Vanity Fair, and GQ. Untitled will also screen a film Markus and his son Ian Markus collaborated on entitled It’s About You. This documentary on rock musician John Mellencamp will also premier during the film festival portion ofÂ  SXSW this year. So if you are not making the trek to Austin, this lecture will be the perfect chance to get a sneak peek at the film and a chance to speak with the director.

Markus is primarily a photographer, but has been asked to make music videos for musicians such as Jewel, Tori Amos, and John Mellencamp. Using his Beaulieu Super8, a few cartridges of color negative film, someone to push â€œplayâ€ on a boom box, and the artist, Markus makes what might be considered experimental music videos. He does not consider himself a cinematographer by profession, but respects the medium and those who have spent years becoming craftsman within the field.

His photographs are in the collections of several museums. And his work is on display galleries in New York, Milan, and Berlin. He is widely published, both in monographs and anthologies. Learn about his approach to aesthetics and his subjects at this lecture. He’s photographed celebrities to ordinary people doing ordinary jobs. A portion of his lecture will focus on bringing out the qualities of each subject from portraits that capture the personality of the people he photographs to less animate objects like landscapes.