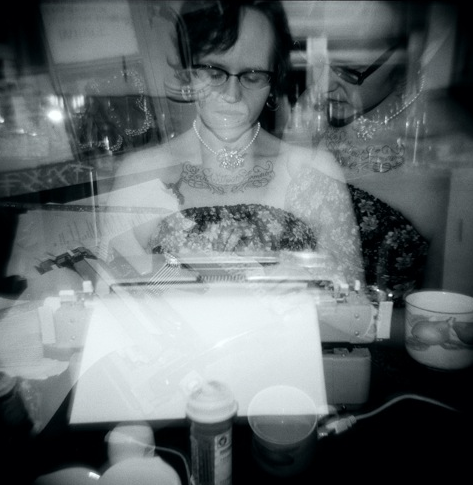 All the photos, art, and jewelry on display at The Mariposa Project will be available for purchase, proceeds benefit the YWCA. Photo by Maria Atkinson.

What: The Mariposa Project

“Hey, girl. Yeah, I’m talking to you beautiful. I know it’s hard to feel gorgeous in a world that continually pedals product after product at you in the hopes that you’ll drop your hard-earned money on it. Isn’t that such bullshit? To be told how to look stunning by male advertising executives who would happily sell you Soylent Mascara if the check cleared; ivy league frat guys who toss around terms like “diversity” as buzz words but couldn’t tell you the last name of the woman who cleans their house. Really, where does all that effort go in the end? I know it’s hard to ignore all those air-brushed magazine covers telling you with their smokey-eyed ads that you need to have impossibly long lashes when you’re just standing there in line at the grocery store minding your own business, but did you know there’s a celebration of real beauty happening Thursday? Come on, girl, you know I wouldn’t lie to you like all those blatant advertising campaigns trying to sell you self-esteem in a bottle.Â  This event rejects all that sex-infused anti-aging nonsense and it goes by the name The Mariposa Project. It is about letting go years of pent up cynicism and embracing a more transformative expression of self-worth and what it means to feel beautiful. To that end, should you choose to part with any money that night, every bit of it goes to the YWCA womenâ€™s shelter. And when the show is over, sweet lady, there’s an after party at the ever posh Saints.”

Alright, enough sweet talk. Let’s get down to some facts. You may be wondering who is responsible for the event. Mainly this is the work of Jennifer Hudgens, the event’s primary ringmaster, and Maria Atkinson, who photographed various women for the project, but the effort also includes the many helping hands of ladies across the metro who have: assembled decorations, supplied art, donated supplies and refreshments, signed-up to perform, and made the various items that will go up for auction.

How do I know this was a big effort? Well, I went over on one of the nights they were working on this show, asked them what they were up to, and how they came up with the idea for this project. When I arrived at Jennifer Hudgen’s house I met Eden Bullock, Allissa McMurty, and Najah Hylton. Although I couldn’t stay long to meet more of the ladies coming over, the general impression I got was that the spirit of this event is to make an impact. Call it The Butterfly Effect.

From decorations to jewelry , the women at Hudgen's house that night had a lot of faith in the project and have high hopes, not only for its success, but that The Mariposa Project becomes an annual event in Oklahoma City.

Hudgens said she was inspired by Sonya Renee and her â€˜The Body Is NOT an Apology” movement. Renee’s project was primarily focused on promoting positive self-images for both men and women alike. The idea was to break down the barriers people have been conditioned to accept so that they may see themselves as highly unique individuals.Â  The original movement was designed to be a support system for all.

With that idea in mind, The Mariposa Project started as an art show to embrace positive body images for women specifically.Â  The image of a butterfly, which in Spanish is also known as a Mariposa, is replete with symbolism. And so heartfelt is that symbol with this group, that it bypasses cliche and sails right into its primary mission: to change perceptions.

Hudgens said, “Personally, I have undergone a huge transformation over the last few years. I have seen far too many women in my life unhappy with who they are and what they look like. I felt that a similar movement here in OKC was needed desperately. We plan to spread the message that all women are beautiful, amazing, wonderful, and once they embrace these things about themselves, their lives will be better off for it.”

The other goals include shedding light on the struggles women have with body image, eating disorders, and other issues of self-worth. All of the proceeds of this event will be going to the YWCA womenâ€™s shelter. Hudgens said the shelter was surprised to find out that they will be the beneficiaries of The Mariposa Project and that their clientele have expressed gratitude for the attention and support. These are women have been pushed into the fringes and have to hide out of necessity as they reclaim control of their lives, but consider this startling statistic: 1 in 3* women around the world will be raped, beaten, coerced into sex, or otherwise abused in her lifetime. That’s a lot of women. And these are women with families. They are mothers, sisters, aunts, nieces, and daughters. And not all of them are lucky enough to find help with shelters, rather, some of them will die. They will leave behind children or these children may fall victim to the same fate as their mother. It happens right here in Oklahoma just as it does elsewhere in this world. But these women are resolute that they and other like them can change this.

“It is not uncommon for women raised with a negative self-image to suffer abuse because of how they’ve been treated the majority of their lives.” said Hudgens. The Parish team is allowing The Mariposa Project to put on this show at no cost. Local restaurants and businesses have offered food as well as other types of donations for the event.

“I just want everyone to know how important this show is to everyone working on it, truly this is a labor of love. Our hearts are full, and we want to share all of the beauty we have whether itâ€™s poetry, art, or music with you all. Please spread the word, and remember, no matter what, you are full of so much beauty. I hope we move and inspire you to create, and learn how vital it is to love every inch of who you are.” – Jennifer Hudgens, The Mariposa Project.