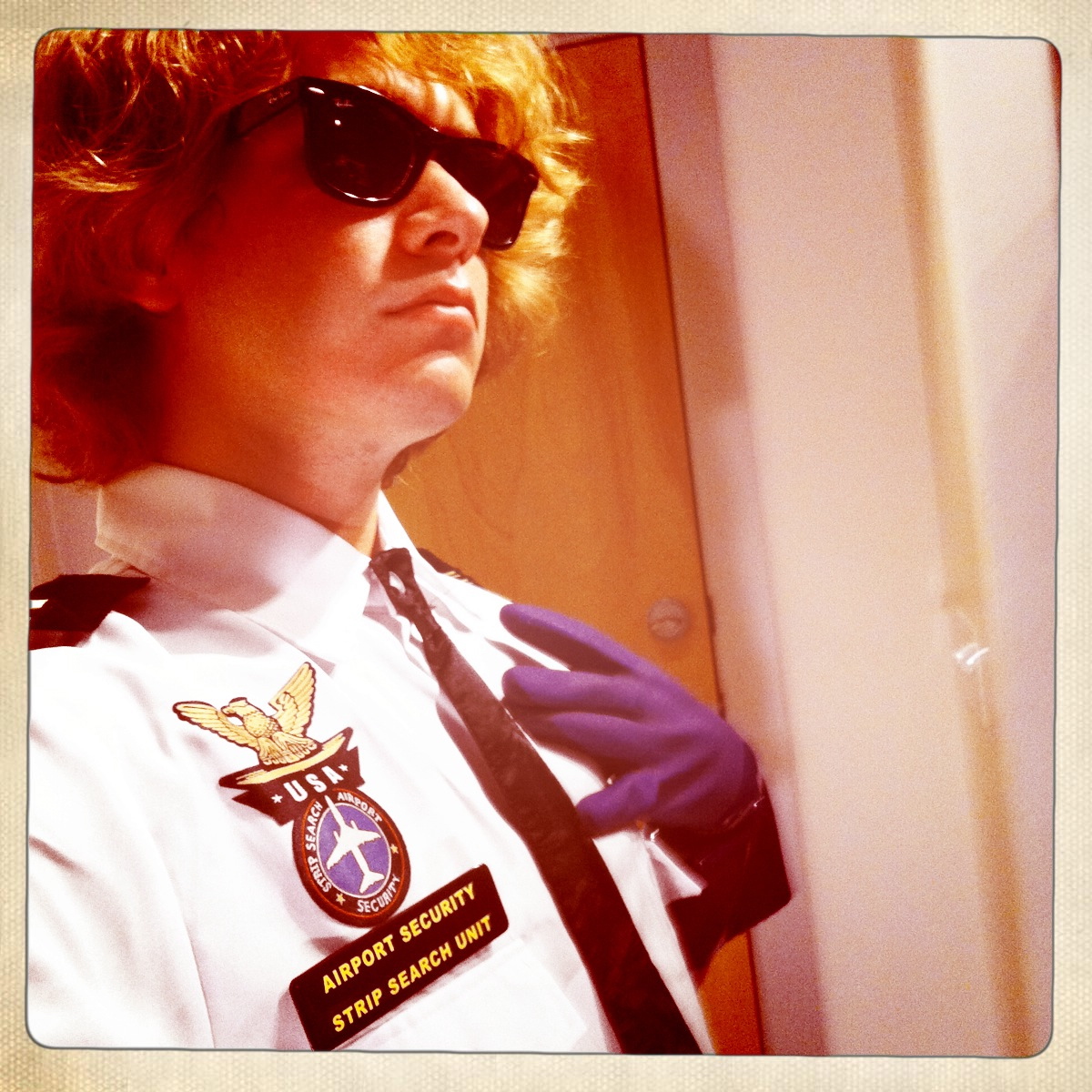 Without a Face artist, Henry Dillard, has some Twisted Sexual Assault for you, Oklahoma. The music video intends to satirize "security theater." Image provided by the artist.

Don’t be surprised when you have to slap away a pair of gloved hands slowly inching towards your delicate lacy garters. Satirical musical project Without A Face has raised $5000 on Kickstarter to film a video with Okie improv impresario Eric Webb. Henry Dillard’s wryly composed R&B slow jam about feeling up airline passengers is fully funded now. But does that mean they don’t need more money?

No. The goal was to raise $5,000 over the course of 30 days on Kickstarter.com. The website provides a platform for artists to network with potential financial sponsors. Although the TSA music video project reached that initial goal last week, the project continues to receive additional backers to cover the 5% fee that Kickstarter subtracts from the total after the goal is reached.

This is what Webb had to say about fundraising projects that are not sponsored through corporations, public grants, or other arts organizations:

“A lot of money goes into theater and all these established organizations, but as a band or a musician, you don’t really get patrons like that. And I guess the same is true for individual artists. But the price that may come with commercial sponsorship is freedom of expression because your donor wants to curtail any messages that might be too fringe.”

Therein lies the challenge for people who attempt to make art, music, or work in other artistic mediums outside traditionally funded artistic venues like ballet, theater, symphonies, and museums. Webb says he’s been aware of kickstarter.com for awhile, but when MC Frontalot, aka Damian Hess, was successful in his bid at fundraising in the summer of 2011, Webb said he realized this was a viable way to get projects started. Not only that, but Oklahoma will benefit from the project being filmed within the state. Money generated for this project will go on to pay for permits, contract local production crews, and purchase supplies, which in turn supports the local economy.

If you haven’t seen it, here is their appeal to you, The People, to continue to fund this music video project.

This is the song, should you want to spoil the surprise. It’s audio only.

And here is a look at Without Face’s previous, not as well-funded, efforts.