The age of urban chickens is upon us. Or, at least, itâ€™s upon Tulsa, Austin, New York City, Portland, and a variety of other cities nationwide. All of these cities allow people to keep backyard hens for their egg-consuming, chicken-watching enjoyment. Residents can buy fancy, architect-designed coops that any urbanite would be proud to own. Or, they can construct their own coop such as this one entirely from recycled materials. In Austin, TX, a proud chicken owner can even join the Funky Chicken Coop Tour. 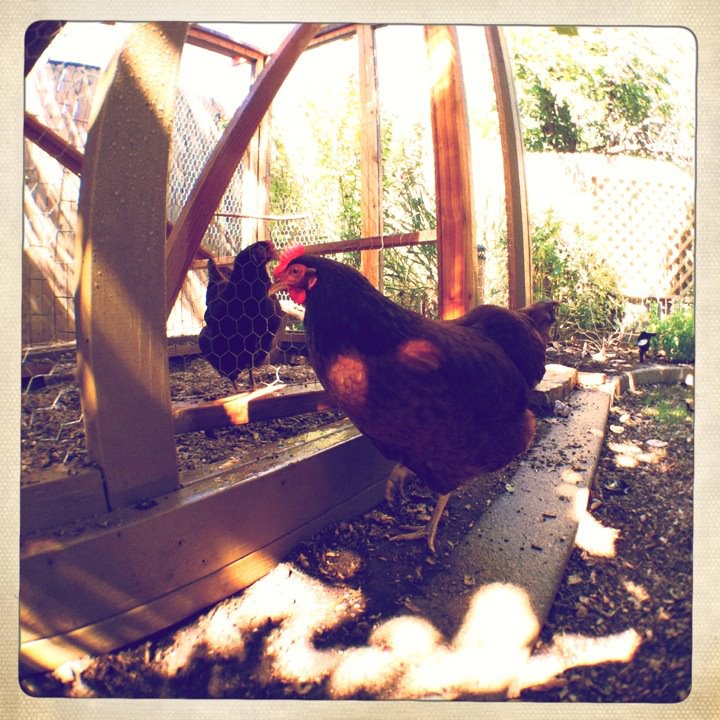 Unfortunately, this right has not been extended to people in the OKC Metro. The current ordinances state that people in Oklahoma City may have chickens and roosters on residential property if they own over an acre of land, and if the structures provided for the birds are over 200 feet from adjoining properties for hens, and 400 feet for roosters. Since most city lots are less than acre, few people in the metro can legally raise chickens. A 2010 City Managerâ€™s Report stated that the city council had no interest in changing the law for fear that the cityâ€™s resources would be over-taxed by monitoring chicken owners and ensuring compliance with the laws. Whether legal or not, backyard chickens offer a variety of benefits for the owners. Young hens can lay an egg per day, so a few hens provide more than enough eggs for a small family. Many backyard hen aficionados claim that the eggs taste fresher, have richer yolks, and make fluffier scrambled eggs. 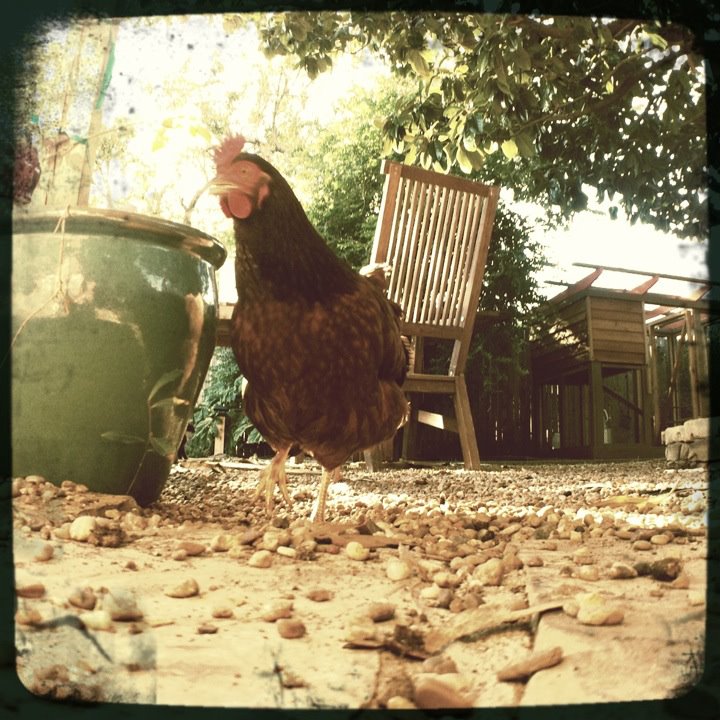 Nancy*, an OKC resident with three illegal hens says that there is also the added benefit of â€œbeing able to get eggs that we know where they came from and we know what the chickens are eating.â€ As the chickens age, the number of eggs that they lay drops off and eventually stops. Some people eat their chickens once they stop producing, but others keep them as pets. â€œNow after weâ€™ve had them and raised them, theyâ€™re our pets and thereâ€™s no way we could ever eat them,â€ says Nancy. David*, another illegal hen owner in the city, also sees his chickens as companion animals. â€œWeâ€™re not going to eat them, no, thereâ€™s no way,â€ he says. â€œThey arenâ€™t the brightest animal, but they each have their own personality.â€

Besides offering eggs and entertainment, chickens also make excellent companions for gardeners. They eat large numbers of insects and their scratching turns the soil and keeps it aerated. David uses organic cotton bolls as litter in his coop, and once it is mixed in with his compost, it makes a nutrient-rich, organic fertilizer for his garden. The scratching chickens even â€œturnâ€ the compost for him, turning it into fertilizer even faster. Nancy says that her chickens eat insect pests from her backyard, and even eat the weeds out of her garden. Both Nancy and David have received warnings from the city, but by keeping their chickens hidden behind locked fences and inside outbuildings, they have managed to avoid additional fines and citations. Nancy has spoken with her neighbors to ensure that the chickens are not a nuisance, and to ask them to voice complaints to her personally, instead of calling the city if there is a problem. David also maintains a good relationship with his neighbors by sharing his eggs. Both of them say that their chickens are quiet and clean, and that no one in the neighborhood has complained about their presence. 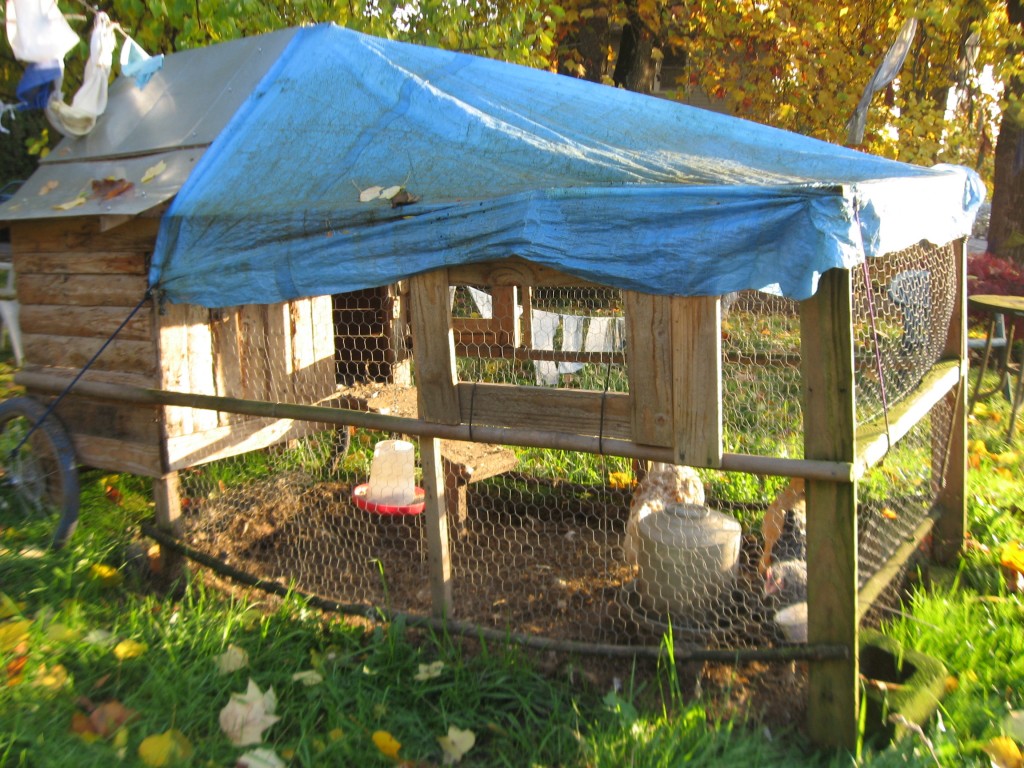 The first rule of hen-house is don't talk about hen-house.

As more people become interested in the local food movement, the number of people keeping illegal backyard chickens is likely to increase. A 2010 poll found that 69% of responders supported the legalization of backyard chickens on residential properties. This past summer, a group of urban chicken activists petitioned the city council to legalize chickens on all residential properties. The Council recommended that some neighborhoods be temporarily designated as chicken-friendly zones to see if the chickens pose a hazard, but there has been little action since that meeting. Unfortunately, many of the people who are the most passionate about this issue already own illegal hens and are afraid of exposing themselves to city scrutiny. â€œI think part of that is people not wanting to draw attention to themselves that they have chickens because theyâ€™re worried that theyâ€™ll be forced to get rid of them,â€ says Nancy. Though David has signed petitions in the past, he is also afraid of drawing attention to his hens. â€œIâ€™ve heard of people trying to fight it and then they just end up getting more flak from the city, like weird citations. I donâ€™t want to be too public about it.â€ As illegal hen owners try to stay off the cityâ€™s radar, it falls to residents with legal urban chickens and prospective chicken owners to push the issue. Hopefully with enough pressure, Oklahoma City will one day welcome its backyard feathered friends.

*The names of people interviewed for this article have been changed, to protect their innocent chickens.