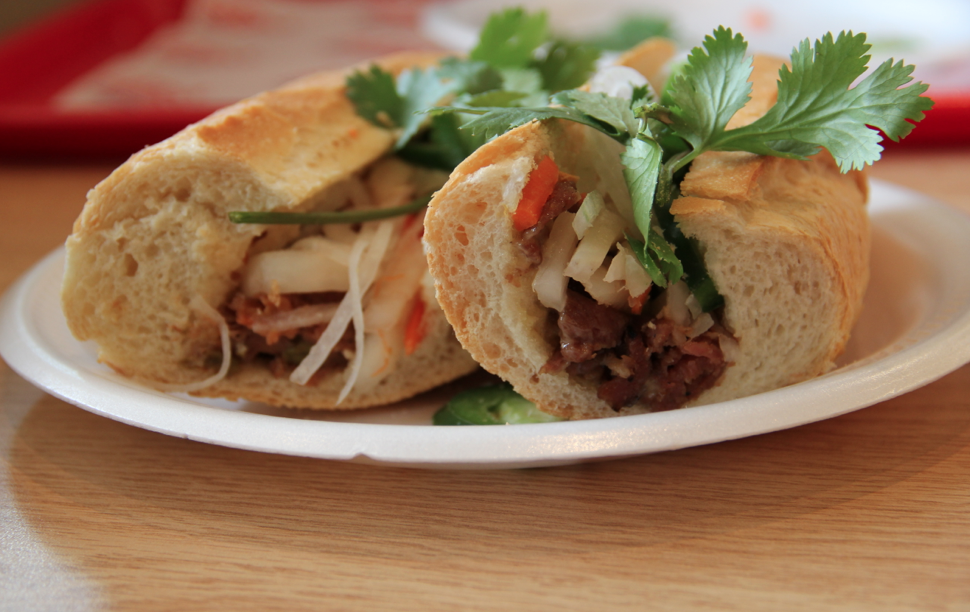 Banh mi for me. Photo by Helen Grant

I generally scorn the idea of publishing an article about a chain restaurant. I’m a big believer in supporting local businesses, and Lee’s Sandwiches isn’t local. I really should be talking about the almost equally good banh mi available just down the road at Saigon Baguette in the milk bottle building. I have, however, decided that I don’t care. Lee’s Sandwiches is amazing.

This is not a huge chain; they have locations mostly in the Bay Area and Southern California, with a few outposts in other cities with large Vietnamese communities. Fact: Oklahoma City has the third largest Vietnamese community per capita in the US. This is the sort of niche chain that you see often on the coasts, and not so often here in the midlands.

The main event at Lee’s is the banh mi: cheap, hearty french bread sandwiches with roast pork (topped in this case with cilantro, onions, jalapeno, and pickled items like daikon radish.) that areÂ  a staple of Vietnamese street food. A roast pork banh mi from Lee’s is basically the best thing ever. If you are currently eating a sandwich from anywhere else, put it down, get in the car and go to Lee’s instead.

If you aren’t feeling adventurous, they also have an assortment of Western deli sandwiches, all built on Lee’s fresh baguettes or croissants. I haven’t had any of those yet, but they look pretty tasty. 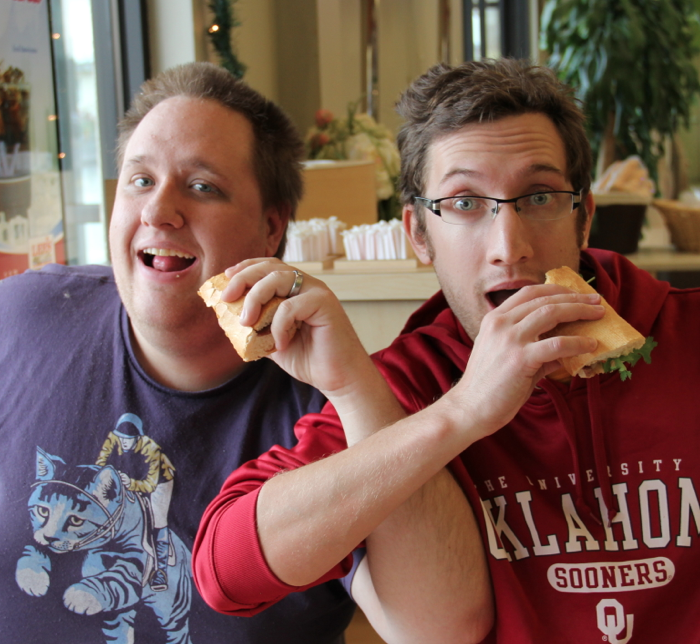 I blame Helen for this photo existing. Photo by Helen Grant

The magic of Lee’s is the variety of stuff they have; it’s just your standard coffee shop/sandwich shop/specialty grocer/bakery/gelato shop.

Oh, did I mention the gelato? They have gelato. You can apparently get durian gelato, which sounds like the least appealing thing of all time, but everything else looks awesome. 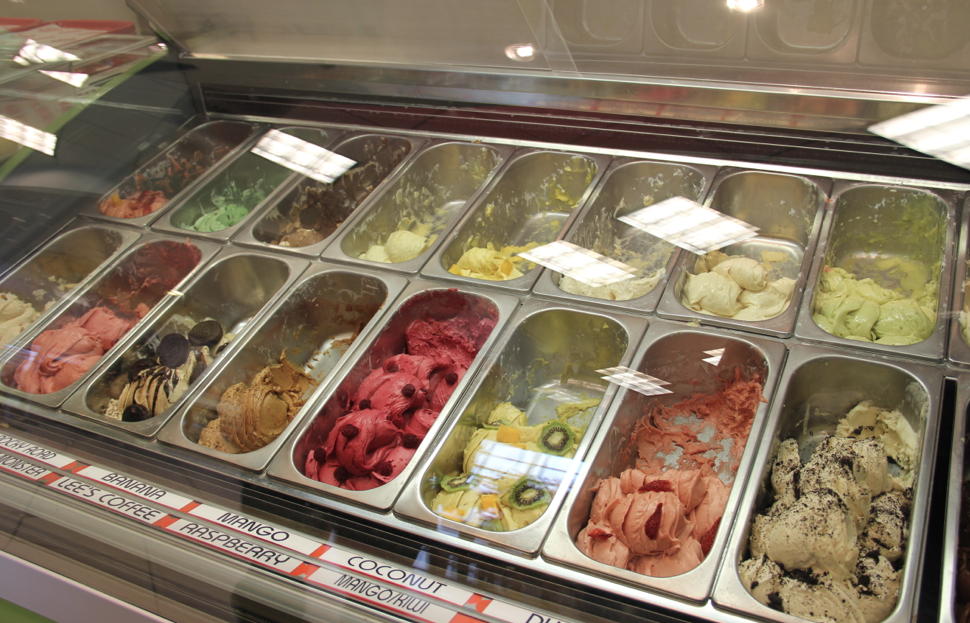 Another advantage of Lee’s is that it’s ridiculously cheap. It may shock you to learn that I am not independently wealthy, so when I eat out I generally do so on the cheap. Lee’s doesn’t seem to have anything on the menu that costs more than 10 bucks, and the quality is really fantastic, all considered. The grocery items and prepared foods they have are also affordable and appealing; I was very tempted to bring home a roast pork and vermacelli box or a couple dozen little bottles of thai tea. 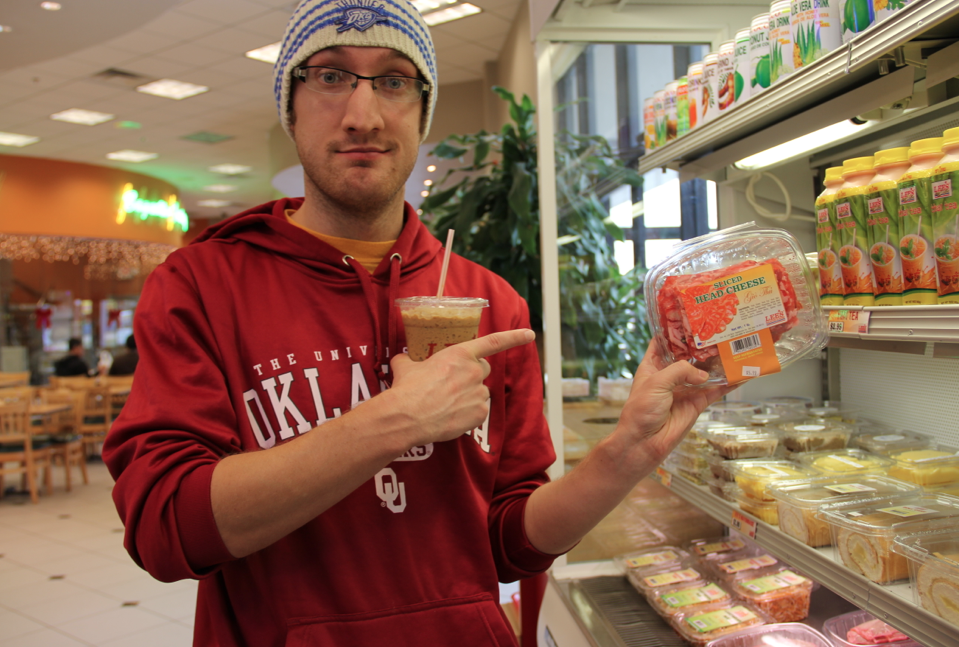 Are you convinced yet?

This place is the best thing ever. 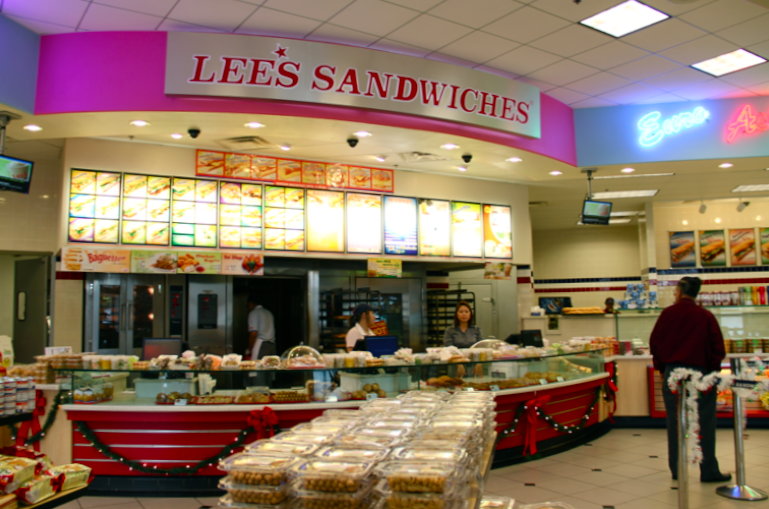 If you want to see where they make the bread, you will have to stop by and check Lee's out. Photo by Helen Grant

5 comments to “Lee’s Sandwiches: The Best Thing Ever”